After a scoreless first period, the Blackhawks broke the ice at the 12:06 mark of the second. Seattle fought back twice to tie it and send it to overtime and the eventual shootout… 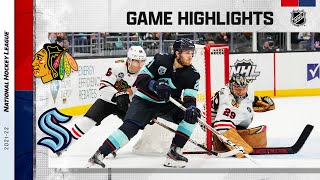 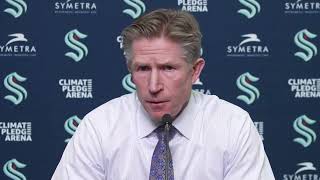 Seattle is off until Thursday when it will host San Jose at 7 o’clock at Climate Pledge Arena on ROOT Sports Northwest.

Wenatchee is scheduled for games against Cranbrook this Thursday and Friday after COVID restrictions forced Wenatchee out of five games since the first of the year. Interim radio “voice” of the Wild, Sean Zears, says at least Wenatchee wasn’t alone in having games lost to the pandemic… 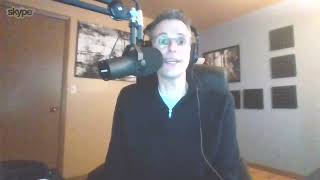 Zears joined us this morning on Wake Up Wenatchee Valley to talk all-things Wild. Cade Littler was named the high school player of the month for December and Wenatchee made a move to get Parker Murray in a trade a little over a week ago… 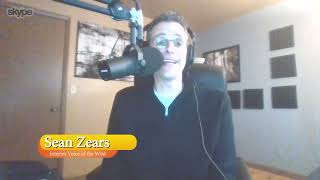 Wenatchee’s scheduled to face Cranbrook Thursday at 6 and Friday at 7:05 at the Town Toyota Center. Go to Wenatchee Wild Hockey dot com to get tickets.

Turning to the Les Schwab Prep Scoreboard from Monday…

Weather and COVID postponements mean high schools will be playing all days of the week to make games up. So on Monday, the Waterville-Mansfield girls dispatched of Cascade Christian 53-to-3.

The Waterville-Mansfield boy’s game was much closer, with the Shockers coming out on top 38-27.

We also had a bowling score to report from Monday with Davis edging Moses Lake 3-to-2.

Earlier today, Sunnyside was in the valley to face both Wenatchee and Eastmont at Eastmont Lanes.

On a busy hoops schedule tonight, Eastmont hosts West Valley at 5:45 while Moses Lake plays at Davis. Cashmere and Cascade were cancelled for tonight. Chelan is hosting Omak at 5:45 while Quincy plays at Manson at 6.

Bridgeport has a 5:30 start time at Wilson Creek. Othello hosts Ephrata at 6. Moses Lake Christian visits Entiat at 6. Liberty Bell has COVID in both its girls and boys programs, so their game at Brewster tonight is cancelled. Okanogan takes on Oroville at 6 while Waterville-Mansfield plays back-to-back nights with Pateros in town at 6.

The other 7:30 boys games tonight have Quincy at Manson; Othello hosts Ephrata; Entiat entertains Moses Lake Christian; Oroville’s at Okanogan; and Pateros travels to Waterville. The Liberty Bell and Brewster games has been cancelled.

Prep wrestling tonight features Omak and Okanogan at Oroville at 5. East Valley visits Ephrata at 7. Quincy and Warden were cancelled.

We’ll have Big-9 wrestling on TV Thursday here on the NCWLIFE Channel. Eastmont hosts Wenatchee at 7 o’clock and Eric Granstrom will be mat-side with the call, so be sure to tune in for that.

Hockey Night moves from Thursday to tonight this week

Because we have wrestling Thursday, that bumps up our Hockey Night to tonight.

Be sure to tune in for the Wenatchee Wild and Salmon Arm Silverbacks from a game back on November 26th tonight at 7 here on the NCWLIFE Channel. We’ll also have another Wild game against Salmon Arm from the following night coming up Friday at 7 here on the NCWLIFE Channel. Of course, we also feature two games for the price of one each Sunday at 2 o’clock and 7 o’clock here on your television home for the Wild, NCWLIFE.

It took 13-years, but Matthew Stafford finally has a playoff win under his belt…

Stafford and the Los Angeles Rams put the hurt on Kyler Murray and the Arizona Cardinals last night, winning 34-to-11. Stafford connected on all but four of his passes for two touchdowns and a quarterback rating of 154.5. Meanwhile, Murray struggled with two interceptions, one of which returned for a score.

That sets up the division round of playoff games this weekend. On Saturday, Cincinnati plays at Tennessee at 1:30 on CBS. That’s followed by San Francisco at Green Bay at 5:15 on FOX.

Sunday’s action has Los Angeles playing at Tampa Bay at Noon on NBC. That’s followed by Buffalo at Kansas City at 3:30 on CBS.