Buffalo’s off to a good start at 5-3-and-1. The Kraken are coming off a 5-2 loss to Edmonton Tuesday and are 3-6-and-1 on the season. The puck will drop tonight at 7 o’clock on ROOT Sports Northwest.

The Wild are still winless in six tries on the season while the Vipers are 3-3-1-and-1. Face-off at the Kal Tire Palace is at 7:30 both tonight and tomorrow night. Listen for the action locally with Sean Zears on the call on either 560-KPQ or 1340-The Zone.

Win and they’re in for Eastmont football tonight

Win at West Valley against the Rams in Marquette Stadium, or face another road trip somewhere Saturday for a mini-playoff with both West Valley and Sunnyside. 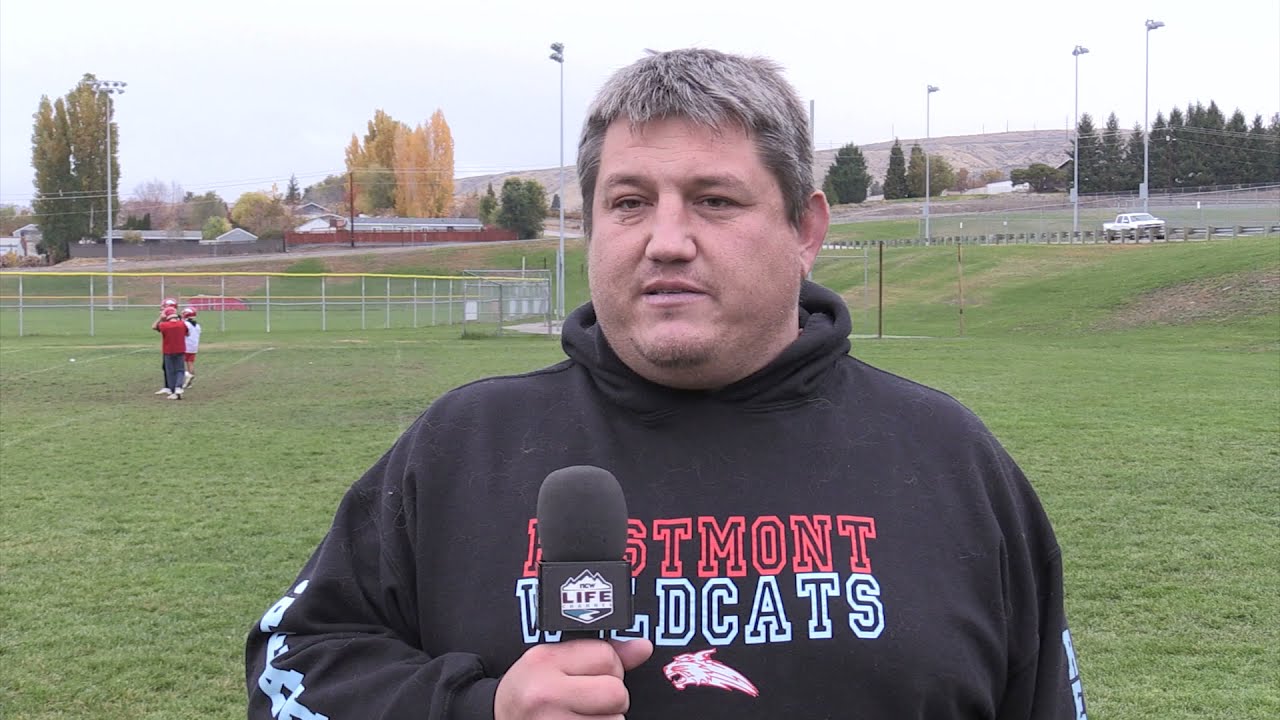 Senior free safety Apollo Mora says he and his teammates don’t talk out-loud about the playoffs, but they all know what’s at stake… 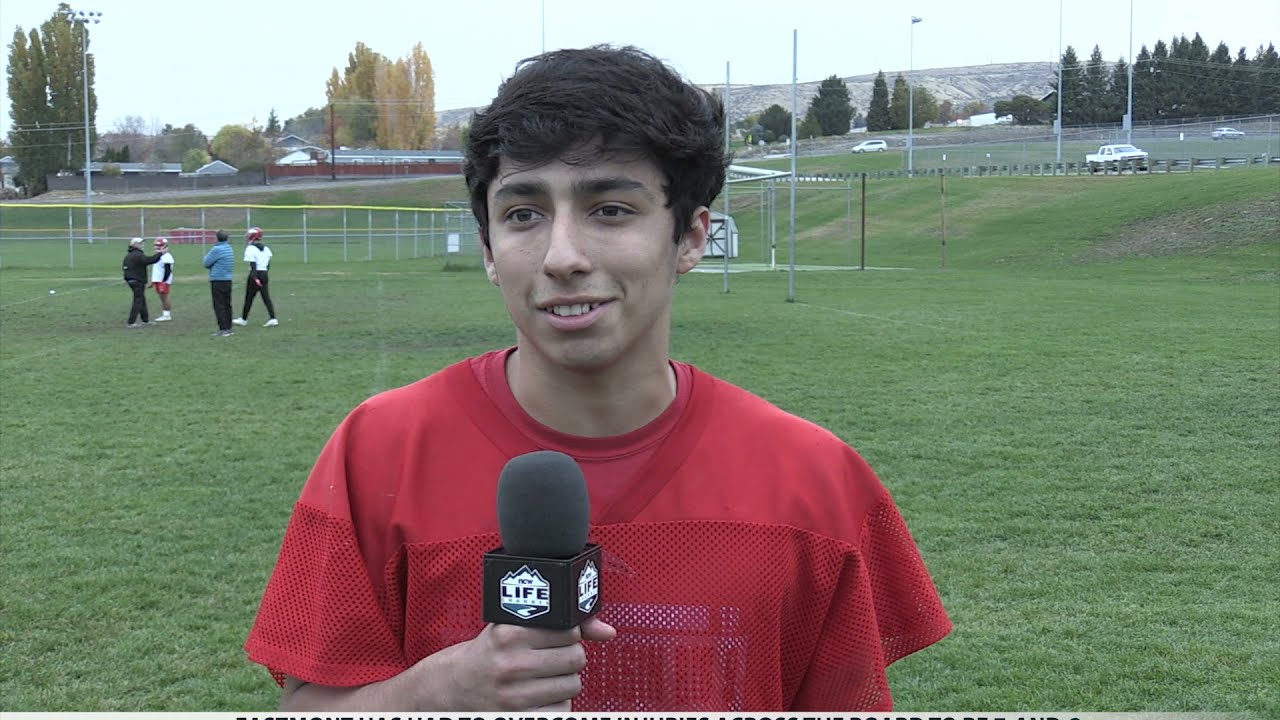 Eastmont is coming off three-straight wins after a 36-8 defeat of Davis last Friday. The Rams were leading at half to Moses Lake but Don says injuries along the way really hurt their chances… 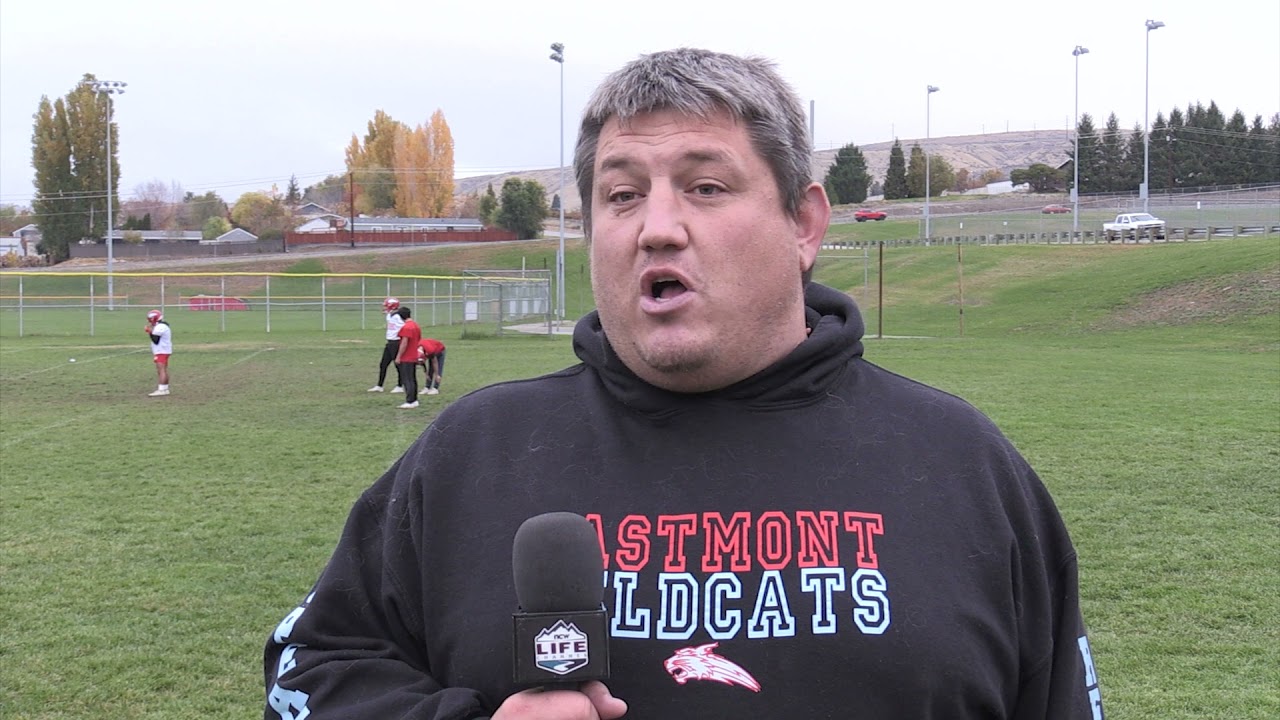 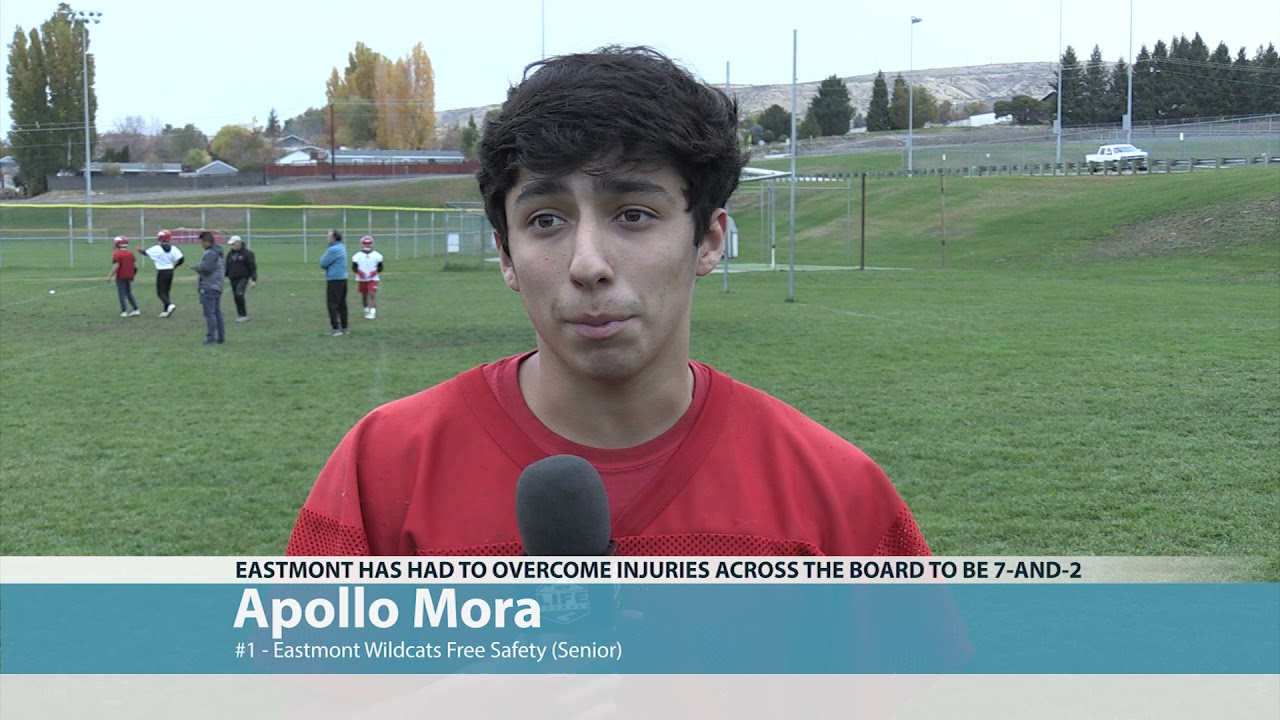 A key injury Eastmont will try to overcome this week is the loss of senior linebacker Logan Schneider. Don says they’re throwing every idea at the wall and see what sticks… 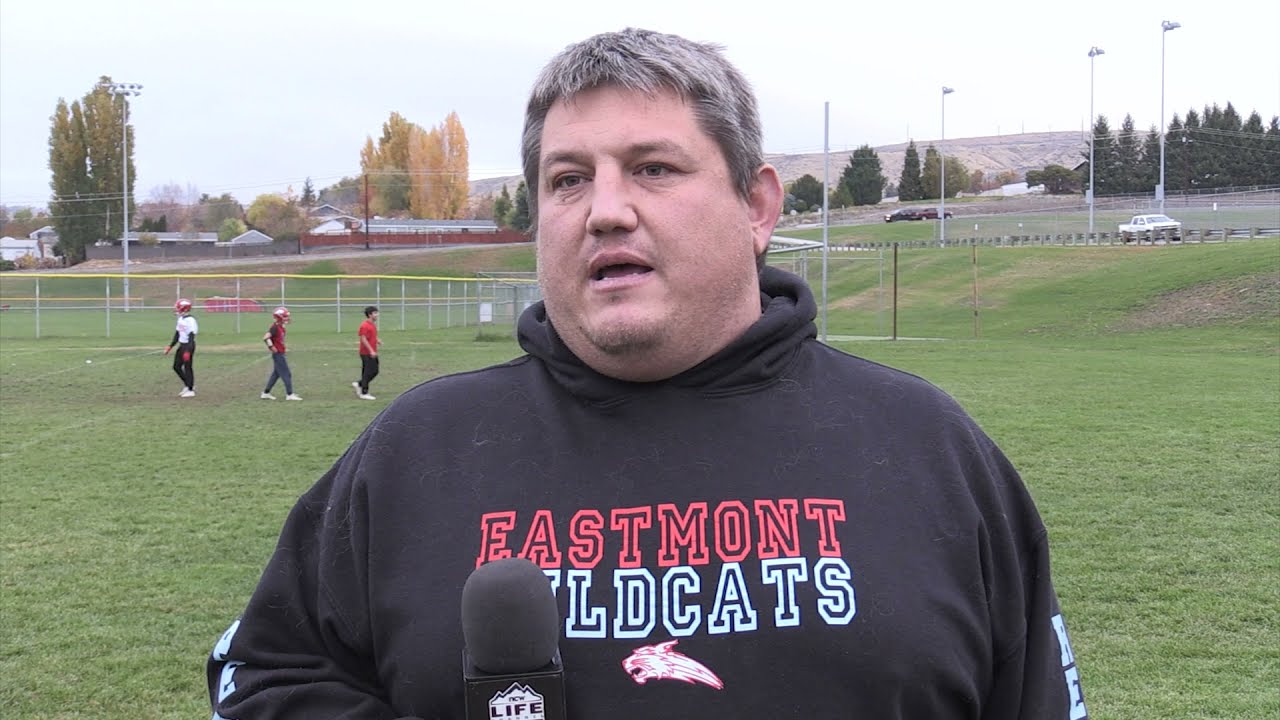 If Eastmont falls short tonight and Sunnyside beats Davis, a three-way, mini-playoff would take place Saturday at a yet-to-be-determined location. Don says he and his coaches will prepare for that if need be… 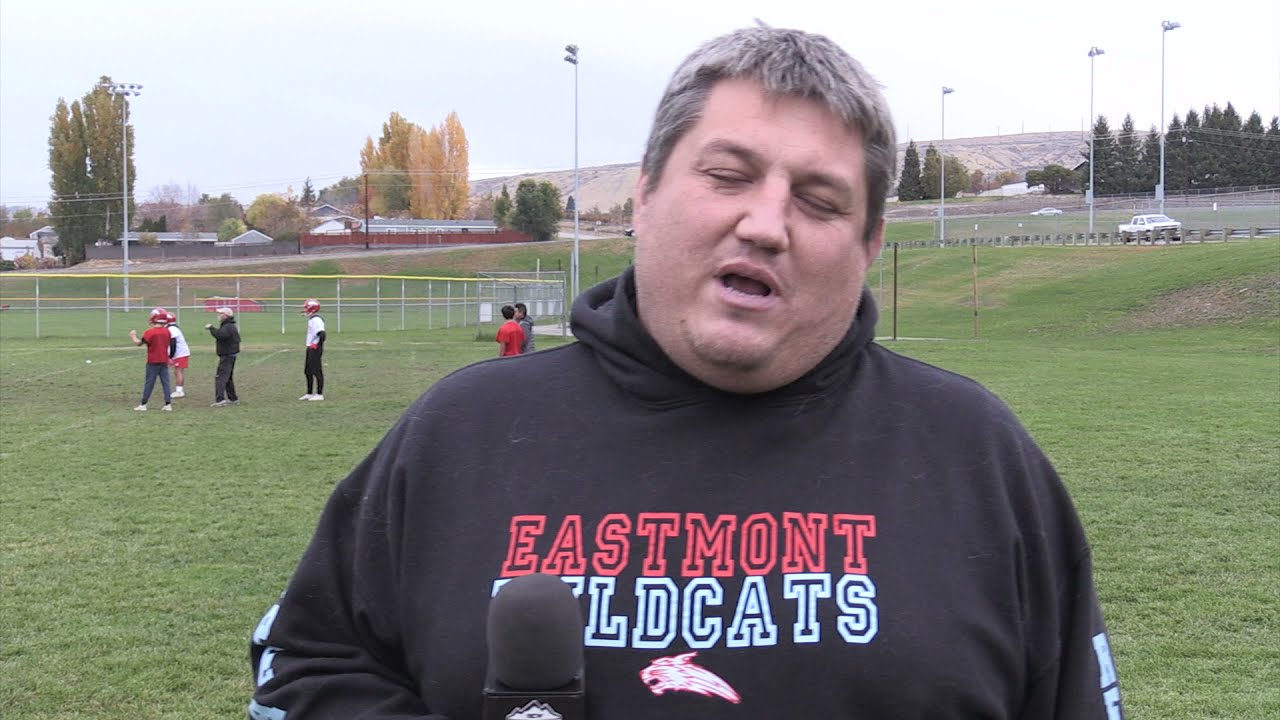 Eastmont and West Valley kick off at 7 o’clock tonight in the Yakima Valley.

The other game with playoff implications is at Zaepfel Stadium where the Davis Pirates host the Sunnyside Grizzlies at 7 o’clock.

We will have Wenatchee and Moses Lake tomorrow night at 7 here on the NCWLIFE Channel. Eric Granstrom will kick off our pregame at 6:30 from Lee Bofto Field at the Apple Bowl.

We also learned from Wenatchee athletic director Jim Beeson that Wenatchee’s COVID-scrubbed game with Davis will be made up next Thursday at 6 o’clock in Yakima.

Here’s a look at the C-WAC football schedule with Ephrata hosting North Central while East Valley’s at Pullman at 6. Selah hosts Prosser at 7. Ellensburg will play at Grandview tomorrow at 7 o’clock.

The Central Washington B League wraps up its regular season this weekend beginning tonight. Pateros hosts Liberty Bell tonight at 7. Brewster hosts Liberty-Spangle tomorrow at 6 while Soap Lake travels to Bridgeport at 7.

Crossover games for 1A teams in District 6 and 7 start tomorrow night with Omak hosting Newport. Cashmere’s at Lakeside, Nine Mile Falls. Cascade hosts Freeman and Chelan’s at Riverside. All these games are winner-to-state, loser-out scenarios.
Quincy finishes its season at home Saturday against Deer Park at 1 o’clock.

Eastmont plays for the district championship at West Valley tonight at 5 o’clock. Wenatchee is home to host Moses Lake in a must-win game at 7 o’clock.

Liberty Bell hosts Brewster this afternoon at 4:30 for the 3rd and 4th place game in the District 6 1-B/2-B Tournament. Okanogan will face Tonasket in the Apple Bowl in Wenatchee Saturday for the district championship at 3 o’clock.

Saturday will be the day for crossover playoff games in soccer for the 1A schools in District 6 and 7. Cashmere will hosts Lakeside, Nine Mile Falls at 1 o’clock in a winner-to-state game. Cascade will play at Freeman, also at 1 o’clock.

The volleyball postseason continues tonight for the 1-B’s…

Wilson Creek plays at Pateros at 5 o’clock while Waterville-Mansfield hosts Entiat at 6. That tournament will shift to Waterville on Saturday.

The 2-B tournament resumes at Chelan High School today with Manson and Okanogan meeting for the district championship at 4 o’clock. Lake Roosevelt meets Brewster in a loser-out game at 5:30. Then at 7, the loser of the Manson/Okanogan match will face the winner of Brewster and Lake Roosevelt.

Wenatchee High School is the location for the District 6 4-A Tournament Saturday. We will broadcast Wenatchee and Eastmont at Noon for the district title. At the same time in Wenatchee’s small gym, Sunnyside will battle West Valley in a loser-out game. The winner of that will face the loser of Wenatchee and Eastmont at 2 for a last chance at State. NCWLIFE Channel will also broadcast that game, so be sure to tune in.

Chelan and Cashmere will play crossover games against Northeast-A opponents Saturday. Chelan will host Colville to get to State at 1 o’clock. Cashmere, meanwhile, will face Lakeside, Nine Mile Falls, on the road at 1 o’clock.