After sweeping Arizona over the weekend and surpassing Oakland in the American League West, Seattle stumbled out of the gates against Houston Monday, falling 11-to-2…

Yusei Kikuchi struggled with his command, walking four batters in an inning and a third while giving up 6-runs on 3-hits. Manager Scott Servais said that was not what they were looking for…

Seattle and Houston go at it again today at 5:10 with Logan Gilbert facing Jake Odorizzi.

The only other game in the American League West saw A.J. Alexy and three relievers shut out the Angels 4-nothing on a 5-hitter.

Toronto continued on its hot streak as Hyun Jin Ryu and three relievers held the Yankees scoreless on 5-hits as the Blue Jays won their 5th straight 8-nothing over New York.

RBI singles by Nelson Cruz and Brandon Lowe in the top of the 10th gave Tampa Bay an 11-10 win over Boston.

Oakland was idle Monday but after the A’s were swept over the weekend by Toronto, the Jays leapfrogged everyone to be the front-runner trailing Boston for the final American League Wild Card spot. The Yankees lead for the first-spot is down to a half-game in front of the Red Sox. Seattle is 3-games back while Oakland is 3-and-a-half games back.

Huskies and Cougars each drop openers

You could say Washington State “Coug’d it” again, giving up a 7-yard touchdown pass with 11-seconds remaining to fall to Utah State 26-23.

Eastern Washington went into double-overtime in its opener at UNLV but the Eagles came out on top 35-33.

The football weekend began with a barnburner on Friday night at Eastmont where the Wildcats hosted Central Valley. The home team held a 27-7 halftime lead but the visitor from the Greater Spokane League just wouldn’t give up. Grant Olson and Eric Kuntz had the call on the NCWLIFE Channel… 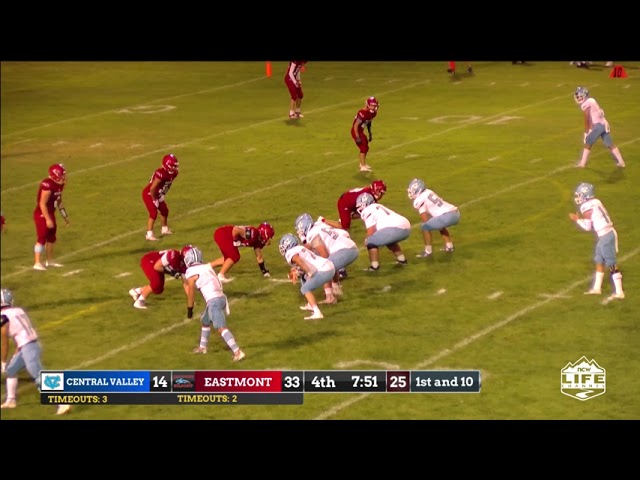 In girls soccer openers on Saturday…

We have girls soccer on NCWLIFE Channel tonight as the Eastmont Wildcats take on the Cashmere Bulldogs. Sebastian Moraga and Matt Wisen have the call with the pregame at 6:45 from Wildcat Stadium tonight.

Here’s a look at what else is going on with the soccer schedule today as Chelan travels to Cle Elum-Roslyn at 5 while Manson hosts Bridgeport. Quincy welcomes Ephrata at 6. Other 7 o’clock games have Cascade visiting Wenatchee while Moses Lake hosts Lewis & Clark.

Finally, you never know what could happen on live TV. Our post-game show ended a little early Friday night when the sprinklers came on at Wildcat Stadium… 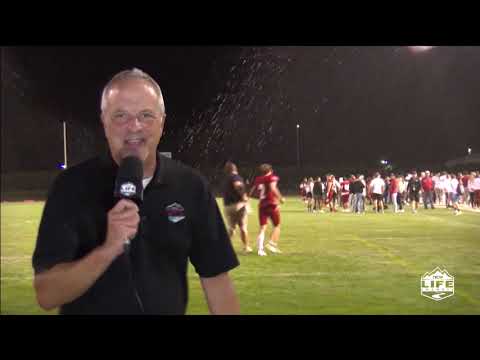