Earlier this season, it was the Mariners putting up crooked numbers while leading the American League West. These days, they are giving up crooked numbers and remain last in the division. Such was the case again Sunday at T-Mobile Park as the Angels scored 7 in the 2nd and 5 in the 5th to win 13-to-3…

Albert Pujols did much of the damage himself, driving in 5-runs, including a 3-run home run in the 2nd. David Fletcher and Mike Trout also delivered 3-hits apiece as the Halos had 15-hits for the game.

Seattle starter Marco Gonzales had another rough outing, surrendering 10-runs on 9-hits in 4-and-two-thirds with three walks and two strikeouts.

Los Angeles scored 7-runs in the 2nd inning and another 5-runs in the 5th. It’s the 6th time in the Mariner’s last 12-losses that Seattle has surrendered big innings to an opposing team. Something Manager Scott Servais is not happy about… 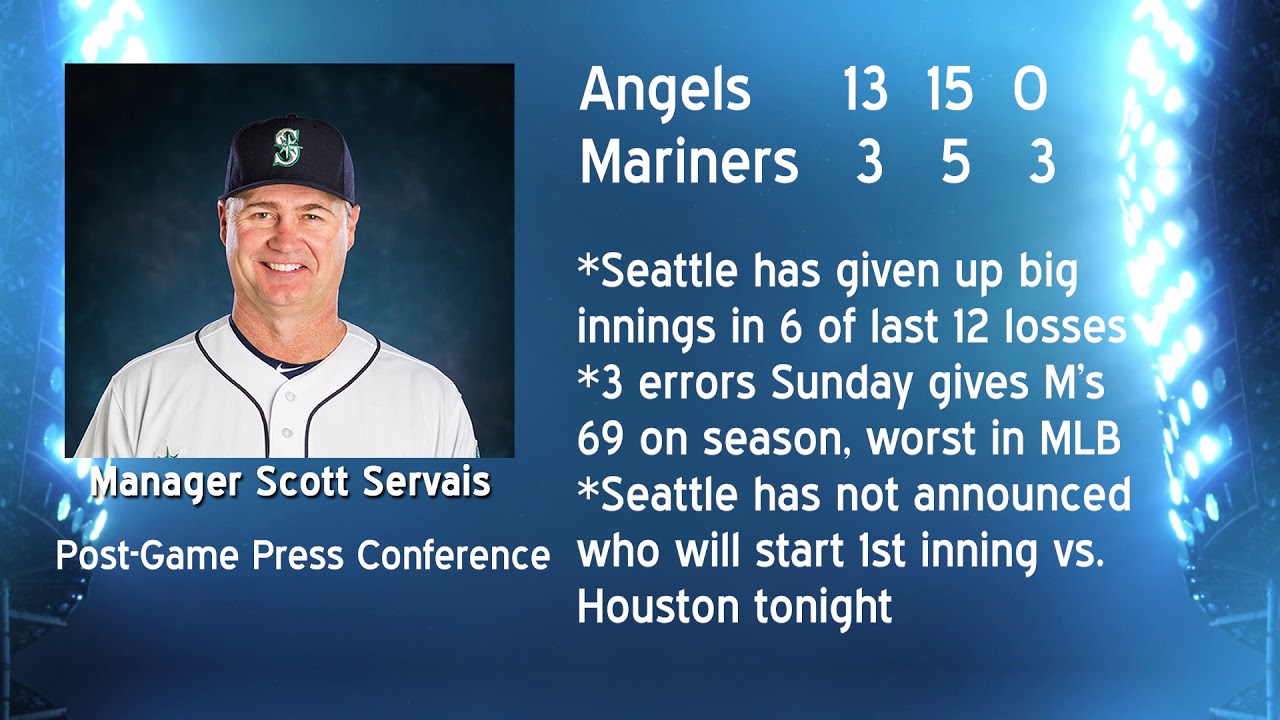 Seattle has not announced who will start in front of LeBlanc for tonight’s first opener against Houston.

The Mariners finished May 7-and-21 and are now oh-and-2 in June. Servais said it’s frustrating to lose, but even more troublesome to see his club play bad baseball… 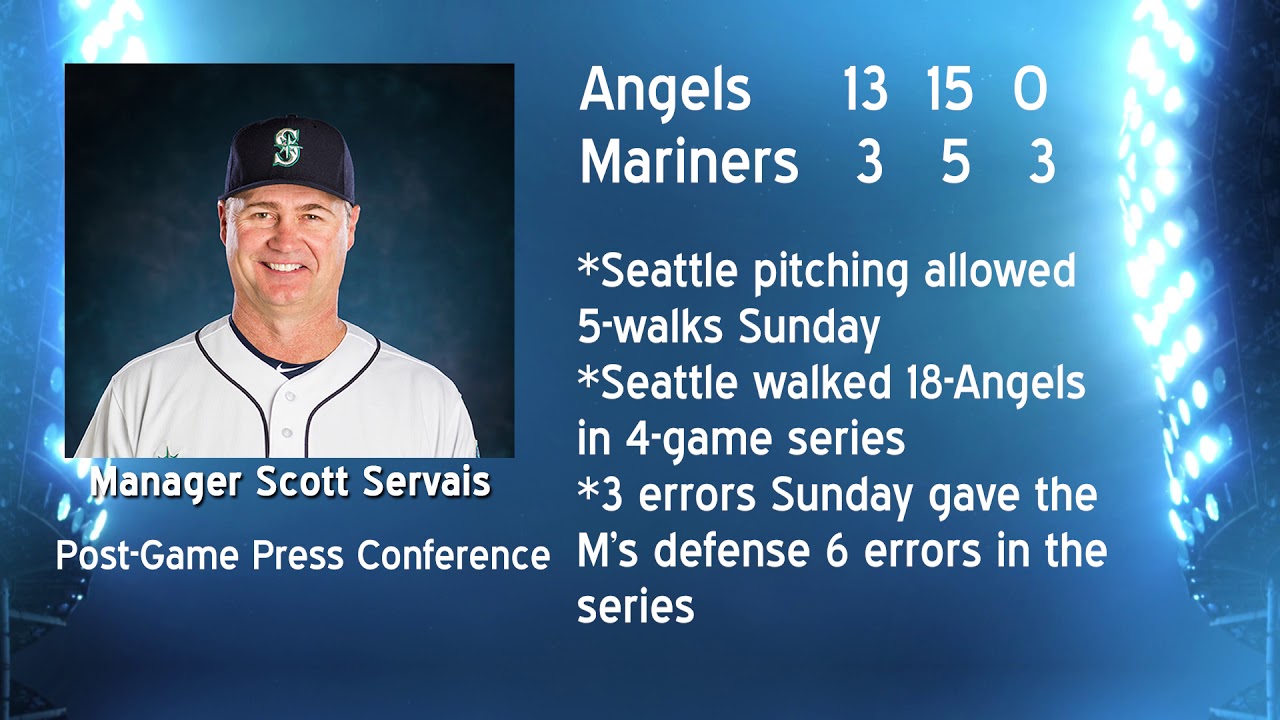 After losing 3-of-4 to the Angels, Seattle will try to snap the losing trend against one of the best teams in baseball tonight, the Houston Astros. First pitch is at 7:10.

Adrian Sampson won his 4th straight as he struck out 11 to lead Texas past Kansas City 5-1.

Houston scored 2-runs in the top of the 12th to beat Oakland 6-4. The win concluded a 3-game, weekend series sweep of the A’s by the Astros.

Houston and Minnesota lead the American League with 40-wins on the season. The Dodgers are tops in baseball with 41-wins so far.

After beating Minnesota Saturday morning 5-3, the Huskies topped Oklahoma State 1-nothing to advance to Sunday.

Yesterday’s game was scoreless through 7, then 8, then 9 and into the 10th inning. That is until Rachel Garcia unloaded a walk-off, 3-run home run to put the Bruins in the Championship game. No. 2 seed UCLA will face No. 1 seed Oklahoma in the first of the best-of-three series tonight.

The two teams will meet again this Saturday at the Town Toyota Center at 7 o’clock.

Wenatchee will host the Cascade Collegiate Showcase team tonight at 6:35 at Paul Thomas, Sr. Field. According to Joel Norman, voice of the AppleSox, 24 of 37 signed players are in town for tonight’s opener. You can hear Joel and the AppleSox games on Sunny FM around North Central Washington.

After tonight’s game, the ‘Sox will begin West Coast League play with Victoria in town for the first of three games tomorrow night. Eric Granstrom will throw out the ceremonial first pitch tomorrow night and will join Joel in the booth to call a few innings on radio.

The first AppleSox game on NCWLIFE will be two Saturday’s from now, when they’ll host Walla Walla.