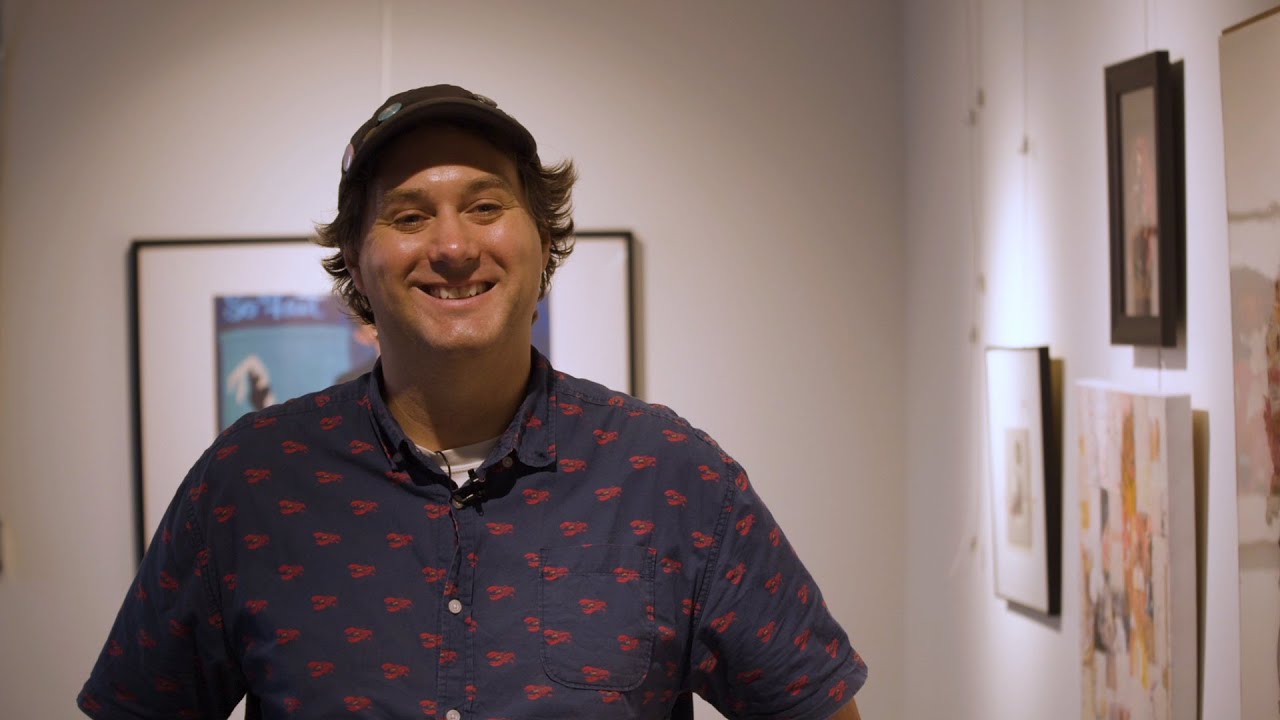 Opening this week at the Collapse Contemporary Gallery in downtown Wenatchee is an exhibit titled Copyright Bandits, featuring collage artists from around the world.

Chad Yenney, owner and curator at Collapse Gallery, says the idea for the group show originated with plans for his friend Jay Berrones to visit Wenatchee from Mexico, and install a collage mural on the back of the building. While Jay is still visiting and leading a collage and screen printing workshop this weekend, the collage show evolved into a group show.

The show will include 41 artists from around the globe– from Scotland to Germany, France and Spain, even Peru, a variety of styles will decorate the walls at Collapse.

A collage artist himself, Chad says bringing this many artists together is something unique for the Wenatchee Valley.

“I started doing collage back in the 90s for band flyers and things, took a break for a long time and picked it up again probably six years ago,” Yenney said. “I think I like the puzzle of it, finding one piece and then looking for another piece that goes together.”

Yenney says it’s an opportunity for this group of artists to exhibit in a new region, and bring fresh art from paper collage to pieces that incorporate digital and textile elements as well.

“I think the show is pretty unique in general, just getting this many people together from different disciplines of collage and different parts of the world,” Yenney said. ‘There’s only a couple gatherings like this around the world so I think it’s pretty cool.”

The title, Copyright Bandits, is a little industry humor for collage artists.

“It’s kind of a joke on the fact that people get worried about copyright issues,” Yenney said. “There’s been some talk about people getting in trouble with using different images, there’s also been some neat success stories.”

The opening reception is this Friday from 4 p.m. to 10 p.m., with live music and Chad says some of the artists participating in the show are planning on attending.

The show will run through October 27, and to keep up on the variety of events and art classes happening at the Collapse Gallery follow them on Facebook or Instagram.

Some updates to catch you up on all things COVID-19 heading...