The winds of change were blowing through Wenatchee Valley’s Super Oval Saturday night. Checkered flags flew for new names in all but one class of racing at the high-bank quarter-mile track.

Just as our broadcast began, we had a nearly 30-minute delay for oil on the track, which would be a theme throughout the early portion of the evening. But when they finally got to racing, it was pure adrenalin as it began with the Bandoleros and concluded with the Pro Late Models. 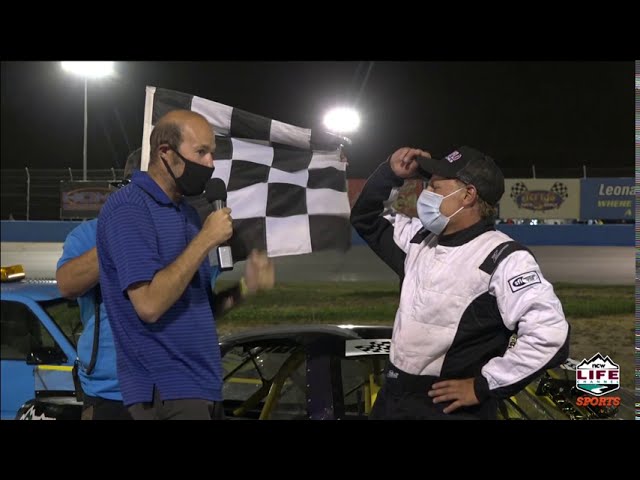 Mullins pulls away for Bando win

Once again, here’s a run down on the Les Schwab Scoreboard…

And, after a wreck with 9-laps to go taking out Jake Woods and Glenn Knutson, Gary Homad won on his home track for the first time since 2009. Moses Lake’s Brad Morrison took second and Quincy’s Michael Knutson 3rd.
WVSO will be back at it in a couple weeks on August 22nd with the Northwest Focus Midget Series, the Thunder Cars, Roadrunners and B-Mods all scheduled to race.

Justus Sheffield dominated on the mound, going 6-innings and allowing no runs on 4-hits with 7-strikeouts to earn his first win of the season.
Sheffield got some help in the bottom of the first from left fielder Dylan Moore…

Mariners 1-hit in 5-0 loss to Colorado

Rocky reliever Jeff Hoffman and three other pitchers combined on a 1-hit shutout of Seattle in Colorado’s 5-nothing victory. J.P. Crawford was the only Mariner to get a hit with two outs in the bottom of the 6th inning.

Rockies knock out Kikuchi in 8-4 win

Things didn’t go much better Friday night as Colorado won the first game of the series 8-to-4. Austin Nola and Kyle Seager each contributed a couple hits in the loss as Yusei Kikuchi lasted 5-and-two-thirds.

Charlie Blackmon is going to hate leaving Seattle. The veteran right fielder was 8-for-11 in the series with 4-runs, 4-RBI’s, a home run and two doubles.
Seattle begins the first of three games at Texas tonight at 6:05 with Justin Dunn facing Kyle Gibson.

Seahawks cornerback Quinton Dunbar, a day after robbery charges were dropped against him, was removed from the Commissioner’s Exempt List. This according to the NFL Network’s Tom Pelissero. This frees Dunbar up to be able to join his teammates in training camp.