On the opening Friday night, Moses Lake would play at Wenatchee while Eastmont travels to Royal. March 12th would feature the first Bridge of Sportsmanship game as Eastmont would host Wenatchee; Cashmere plays at Moses Lake; and Ephrata hosts Royal.

Of course, this doesn’t include all the schools and teams in the region. Eastmont A-D Russ Waterman told me today that they hope to have the rest of the “fall” sports schedule out by Friday.

For the first time in team history, the Louisville Cardinals are ranked Number 1 in the country by the Associated Press…

Louisville moved to the top spot Monday, a day after previous No. 1 Stanford lost to Colorado. Coach Jeff Walz said, quote, It is really special. It’s neat to be able to share with these young women, not only the ones here right now but the players who have played in the past to help build this where it is, end quote.

Cashmere grad Hailey Van Lith is in her freshman year at Louisville. She’s averaging 12.8-points a game. She leads the team in minutes played and is second on the team in rebounds (75) and steals (16).

Van Lith and the Cardinals host No. 21 Syracuse Thursday at 6 on ESPN-2.

Gonzaga’s game with San Diego postponed due to COVID

The Gonzaga women, currently ranked 20th in the country, had its game against San Diego scheduled for Thursday postponed due to COVID in the SDU program.

On Friday, Washington State plays at No. 13 Oregon at 5 o’clock on the Pac-12 Network. Washington plays at Oregon State Friday at 7.

On the men’s schedule…

Washington makes up its game with Colorado in Seattle Wednesday at 6 o’clock. Washington State hosts Utah on Thursday at 7 on the Pac-12 Network.

Washington State hosts Colorado Saturday at 5 and then No. 1 Gonzaga hosts Pacific at 7 o’clock. You can watch the game on Root Sports.

Pierre Luc Dubois scored what proved to be the game-winner at the 6:26 mark of the third period giving Columbus a 3-2 win in Detroit.

Semyon Varlamov made 27-saves in his second straight shutout for the Islanders as New York blanked Boston 1-0.

Curtis Lazar and Sam Reinhart each scored two goals to help Buffalo to its first win of the season, downing Philadelphia 6-1.

In other action, Carolina doubled up Nashville 4-2. Anaheim shut out Minnesota 1-nil. Calgary conked the Canucks 5-2. Montreal skated past Edmonton 3-1. And Vegas improved to 3-and-oh with a 4-2 win over Arizona.

Eight games fill the slate today with the Rangers hosting the Devils. The Sabres visit the Fliers. The Panthers host the Black Hawks. Washington skates at Pittsburgh. The Senators welcome the Flames. The Red Wings take on the Blue Jackets. The Hurricanes skate at Nashville. And the late game has the Kings hosting the Avalanche.

Seahawks have choices to make on running backs for 2021 season 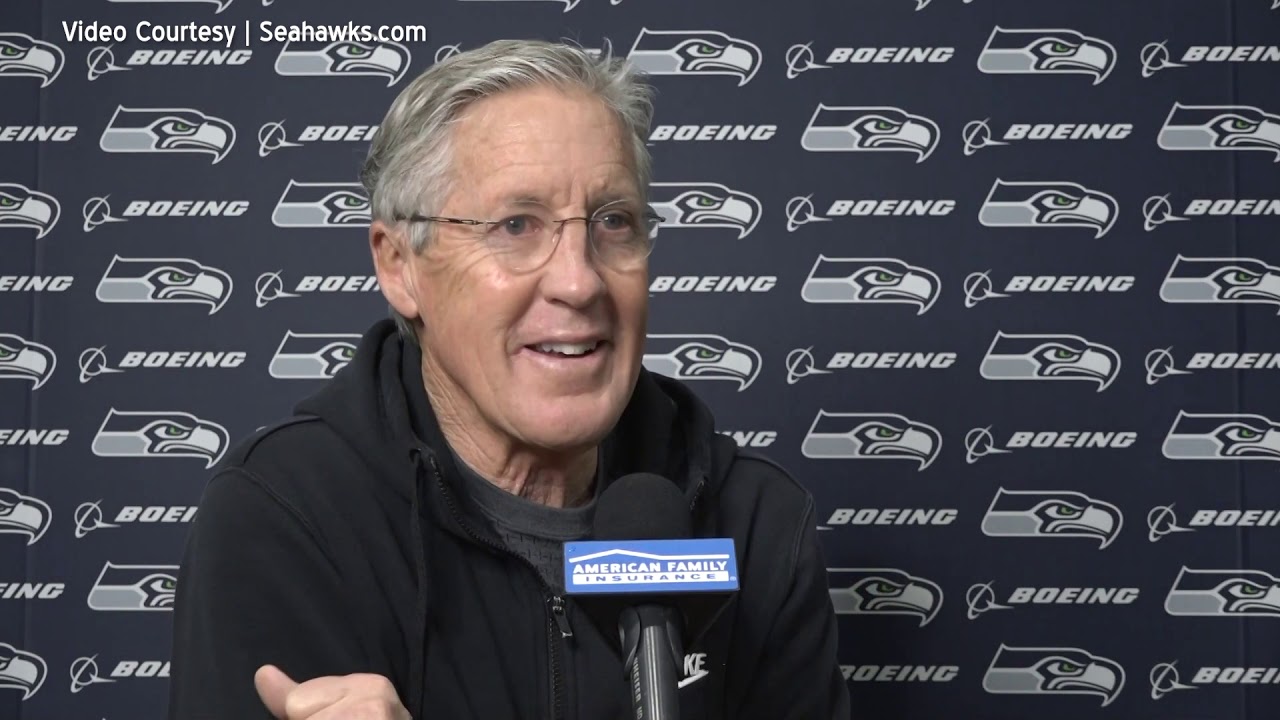 Seattle continues to conduct interviews with potential offensive coordinators. So far, no other coaching changes have been announced for the Seahawks this off-season.