Gonzaga got a little scare at home last night from Santa Clara, but pulled out an 89-75 victory… 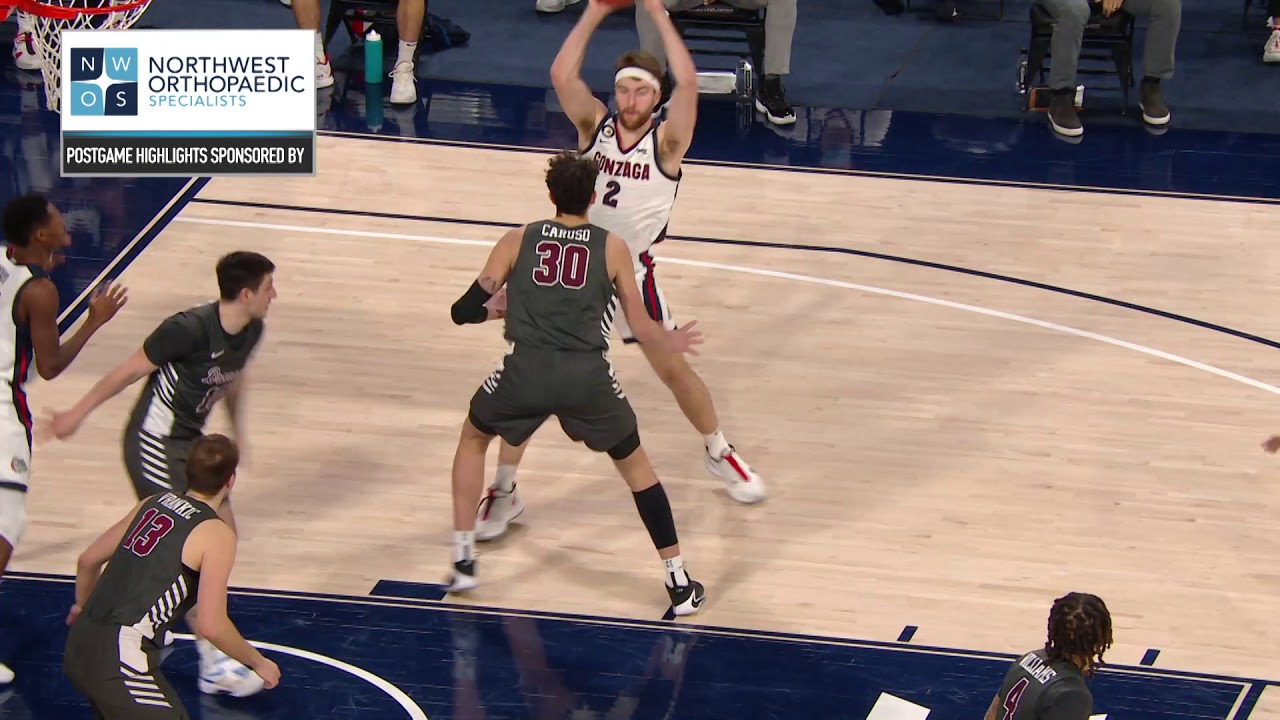 Corey Kispert scored 25-points and Drew Timme scored 16 of his 18 in the second half to help the Bulldogs win its 50th straight home game. Overall, it was Gonzaga’s 27th straight win dating back to last season.

G-U got off to a slow start in the first half, but Jalen Suggs helped get things going by nearly pulling off a triple double with 13-points, 11-rebounds and 8-assists.

Gonzaga has double-digit wins in its last 20-games. You have to go back to UCLA in the 70’s to find such domination by a Number 1-ranked team.

Huskies come up short to ASU

It was closer this time, but Washington still fell to Arizona State 80-to-72 in Tempe. It was the second time the teams met in the last three days after making up a game postponed earlier in the season due to COVID. The Huskies were led by the 16-points of Quade Green and 14-points by Jamal Bey.

Noah Williams came back down to earth last night after scoring a school-record 72-points last weekend in two games. The sophomore guard was held to 8-points on 2-of-15 shooting and Arizona topped Washington State 69-53. T.J. Bamba was one of only two Cougars in double-figures with 12.
Coach Kyle Smith says if you don’t shoot well on the road, it’s pretty tough to win… 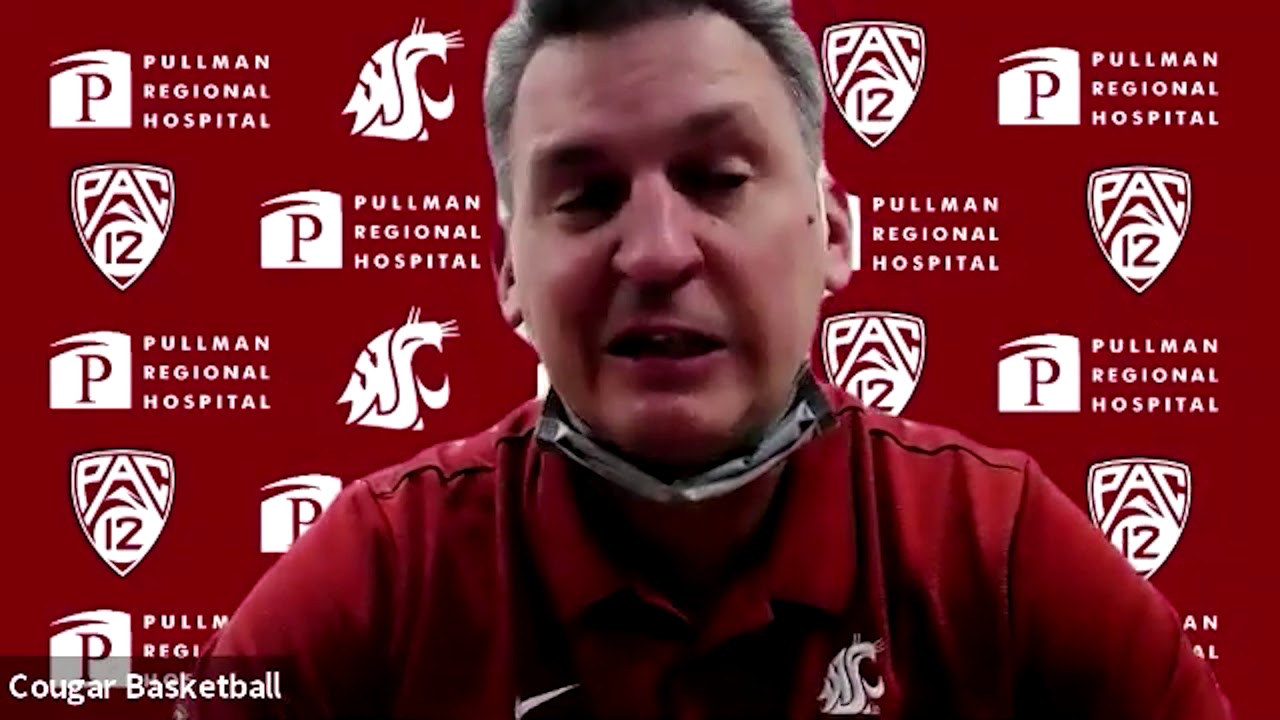 Coming up tomorrow, the Wildcats host the Huskies on national TV on CBS at Noon. The Cougars will travel to Tempe to take on Arizona State at 1:30 on the Pac-12 Network. Gonzaga’s game with Loyola Marymount Saturday night at 7 in Spokane has been picked up by ESPN.

The Gonzaga women clinched at least a tie for the WCC Title last night by crushing Pepperdine 95-49. 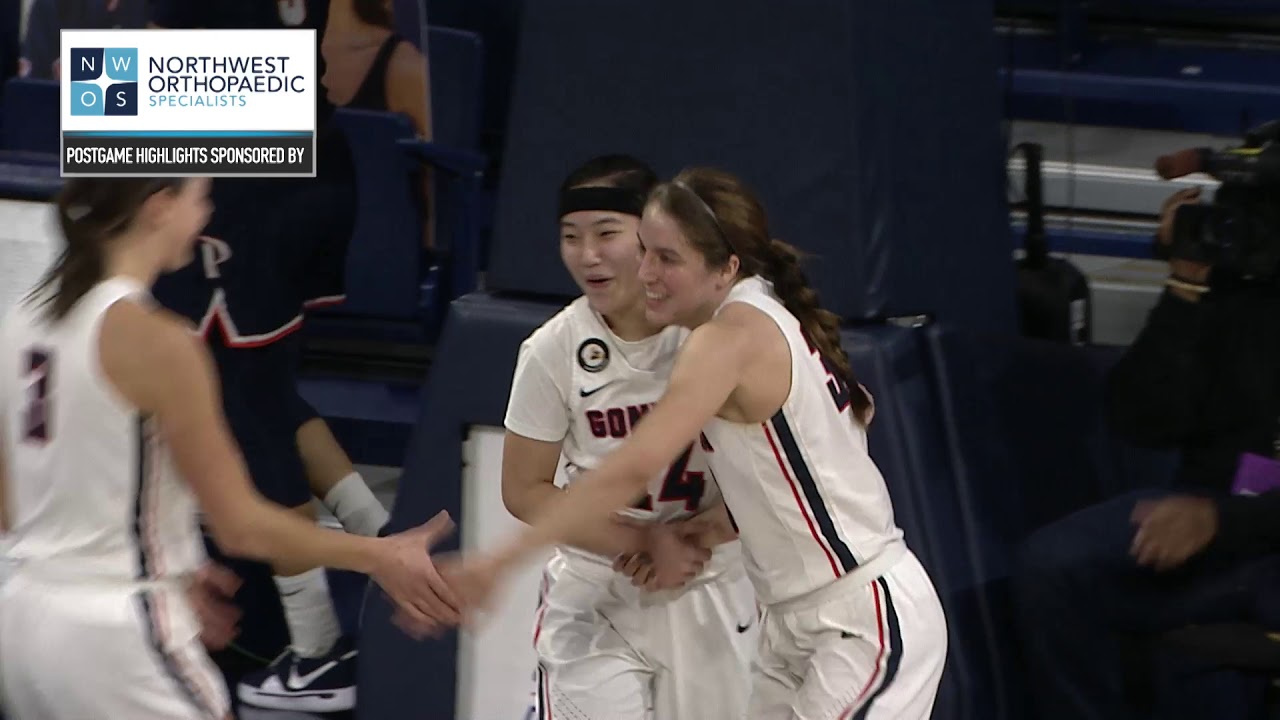 The Spokesman Review reports that two dozen fans made the drive to Spokane from Okanogan to watch Jill Townsend play as fans were allowed in the Kennel for the first time this season. They were not disappointed as the senior scored 23-points and had 8-rebounds. LeeAnne Wirth also chipped in 16 for Gonzaga, who can clinch the outright West Coast Conference title with a win over Loyola Marymount Saturday.

Gonzaga led at the half last night 53-to-19, its largest halftime lead this season.

Gonzaga will try to wrap up the West Coast Conference title outright tomorrow when they host Loyola Marymount at 1 o’clock in the McCarthey Athletic Center.

On Sunday, Hailey Van Lith’s Louisville Cardinals travel to South Bend, Indiana to take on the Notre Dame Fighting Irish at 9am. Washington plays at Washington State at 1 o’clock.

Wenatchee hosted West Valley in a Big-9 doubleheader at Wenatchee High School nearly a year ago. The girls game will start things off at 7 o’clock followed by the boys at 8:30.

Tomorrow, we’re all about Apple Blossom as we bring you the documentary “A Lot Of Fuss About A Parade” at 2. That’s followed by LIVE coverage from the Numerica PAC at 6 o’clock with our Countdown to Coronation. Then it’s the Cashmere Valley Bank Royalty Selection Pageant at 7.

On Sunday, the Wenatchee Wild take on the Coquitlam Express in BCHL hockey at 2 o’clock. Then we’ll re-air the pageant Sunday night at 7.

Moore and Mariners striving for more in 2021

Spring training continues for the Mariners in Peoria, Arizona with full-squad workouts and live batting practice. Dylan Moore is one Mariner who hopes to continue improving on his hitting after changing his swing prior to last year’s shortened season…

Seattle will play its first Cactus League game against San Diego Sunday at 12:10. Then they’ll take on the Cleveland Indians Tuesday and Chicago Cubs Wednesday. Opening day is just 35-days away.

Are the Seahawks really thinking of trading Russell Wilson?

ESPN is reporting that Wilson’s agent says the veteran quarterback never asked the Seahawks to trade him. However, IF they were to trade him he’d only consider going to Dallas, New Orleans, Las Vegas or Chicago.

Wilson showed his frustration following the Super Bowl after sitting and watching Tom Brady win yet another title. He admitted that he’s tired of being sacked and hopes Seattle gives him some say in personnel decisions moving forward.

That created a firestorm of speculation that Wilson wants out of Seattle. The Athletic had a revealing article yesterday, unveiling a power struggle behind closed doors between Wilson and Seattle coach Pete Carroll. Wilson is all about his legacy and wanting to be the best quarterback to ever play the game. Carroll is about winning and not turning the ball over, something that resulted last year in the whole “Let Russ Cook” offense that ended with the firing of offensive coordinator Brian Schottenheimer.