No. 1 Gonzaga had 6-players in double-figures as the Bulldogs routed Pepperdine 97-75 Saturday. Gonzaga used an 11-nothing run in the first half to take a lead it would never relinquish as Drew Timme led the way with 19-points while Andrew Nembhard came off the bench to score 17.
The Bulldogs remain unbeaten at 17-and-oh while improving to 8-and-oh on West Coast Conference play.

Isaac Bonton scored 18 of his 25-points in the second half while Noah Williams added 21-points as Washington State topped Washington 77-62 last night. In the process, the Cougars snapped a six-game losing streak. 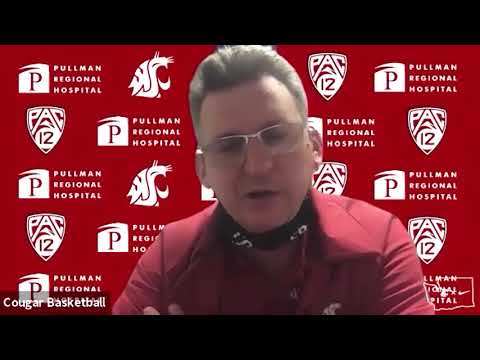 Stanford jumped out to an early lead Friday and never looked back as the No. 6 Cardinal downed Washington State 77-49. WSU’s Bella Murekatet lead the Cougars with a career-high 17-points while Ula Motuga had 10.

The 18th ranked Bulldogs are now 15-and-2 overall on the season.

On Sunday, No. 6 Stanford held Washington to 9, first-quarter points en route to a 74-48 win over the Huskies. Quay Miller was the only U-W player in double figures with 14. Washington saw its overall record fall to 4-and-8 while the Dawgs are 1-and-8 in Pac-12 play.

Coming up this afternoon, Hailey Van Lith’s No. 1 ranked Louisville Cardinals have their toughest challenge of the season…

Coming into the weekend, NC State was ranked second in the country behind Louisville. That is until it was upset Saturday by Virginia Tech in overtime. No. 3 U-Conn was also upset Saturday, falling to No. 19 Arkansas.

The Cardinals remain the only undefeated team in the AP Top 25 and hope to remain that way today. Louisville and NC State tip at 4 o’clock this afternoon on ESPN-2.

Pitchers and catchers are supposed to report to Mariners training camp in less than two weeks. However, a proposal to delay camp and the regular season by Major League Baseball could change that…

Due to rising cases of COVID around the country, especially in Florida and Arizona where teams prepare for the season, MLB has proposed delaying the start of spring training until March 22nd and the regular season until April 28th. This would also cut the regular season from 162-games to 154.

There’s probably no one more eager to start training camp than Seattle outfielder Mitch Hanniger. He missed the entire 2020 season after having back surgery. He says he’s taken that time away to work on his body and has a new appreciation for the game itself…

We’ll watch for a union response to a possible delay this week and let you know one way or another.

On the Les Schwab NHL Scoreboard from Sunday…

New Jersey won at Buffalo 5-3. Carolina won its 4th straight in beating Dalls 4-3 in a shootout. Florida edged Detroit 3-2. Chicago topped Columbus 3-1. Kevin Hayes won it in overtime with his 5th goal of the season as Philadelphia topped the Islanders 4-3. St. Louis skated in Anaheim and came away with a 4-1 win.

On the NHL Schedule today, the Penguins skate in New York. The Bruins are in Washington. The Lightning host the Predators. Vancouver skates at Montreal. The Jets and Flames drop the puck at 5. The Golden Knights still have COVID problems, so its game in San Jose has been postponed.

Speaking with local athletic directors, today is a decision deadline on moving forward with sports here in North Central Washington…

Eastmont athletic director Russ Waterman says football will start practice February 16th and volleyball and soccer will begin practice February 22nd.
In order for games to take place as scheduled now, our region would have to bump up to Phase 2.

Right now, games are scheduled to begin February 27th for soccer and volleyball and March 4th. Waterman says if our region doesn’t make the metrics on February 12th, things will have to shift back a week.

The only caveat is that Cross Country and Swim & Dive are approved for competitions while still in Phase 1.