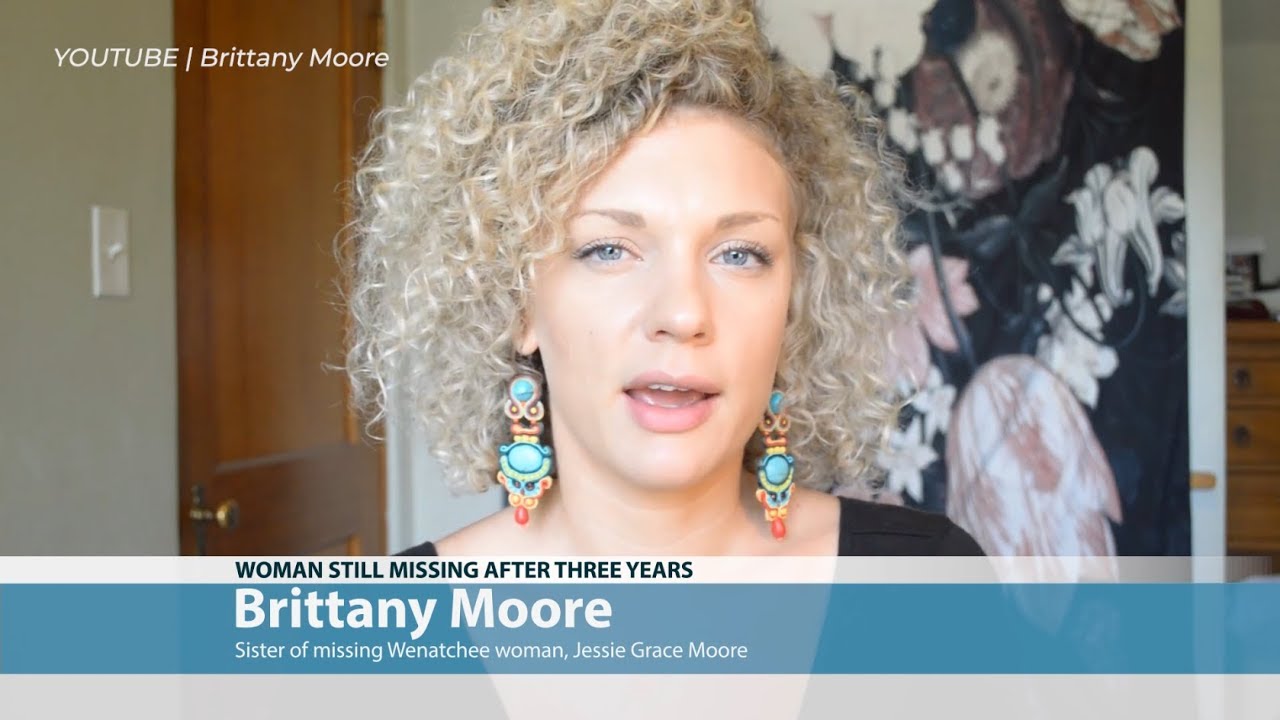 After three years, the sister of a missing Wenatchee woman has started a YouTube channel to outline the disappearance of Wenatchee’s Jessie Grace Moore.

Jessie, legally known as Jessie Rubio-Montejano, was 24 and the mother of two young boys when she disappeared from Wenatchee on June 20th, 2016.

In a YouTube video, Brittany Moore says her sister suffered from mental health issues and drug abuse throughout her life, and recalls the last time she saw Jessie as she was dropping her off at a detox center.

“She gets out of the car and looks back at me and smiles, I smiled at her and then she walked into the detox center,” Moore said. “I remember thinking to myself, wow that was a really nice moment between us. That was the last time I saw my sister.”

The family says a witness came forward and said they saw Jessie on June 23, but Brittany says that statement has been recanted:

“There is a witness statement saying they saw her get into a late 80s Buick with two Hispanic men on June 23rd of 2016, but he has come forward and recanted his statement,” Moore said. “We don’t know why but all of a sudden now he’s like ‘I didn’t see that.”

Around the time of her disappearance, Brittany says Jessie was struggling with her mental health and visited Catholic Family Services to talk to a counselor on the day she disappeared. She was last seen at Centennial Park in a video posted to social media with a shaved head and left the park walking south on Wenatchee Avenue.

“Shaved in her head is the initials or letters ‘SIC’, which we to this day still don’t know what that means,” Moore said. “On the other side of her head it’s like thirteen lines going straight across her head, to see that video, it’s very hard to watch.”

At the end of the video Jessie is seen walking southbound on Wenatchee Avenue and the family believes this is the last time anyone saw Jessie.

Jessie’s mother appeared on the NCWLIFE Channel last year to promote a fundraiser for the search in answers in their daughter’s disappearance, and explained what they believe happened to Jessie.

“I believe foul play is involved, I believe that she has passed away,” Sherrie Woodle told NCWLIFE News last year. “I don’t know who is responsible for that, but I know that some of the people she had been around are not the type of people you would want your daughter, or anyone else to be around.”

Brittany Moore says she plans to continue to upload videos talking about her sister’s case to her YouTube channel. There are no current leads in the case but anyone with information is encouraged to call the anonymous tip line at 509-233-7946.

Jefferson Robbins - 03/05/2021
0
Load more
ABOUT US
"A reflection and a spotlight on the communities we call home."