WENATCHEE, WA – The Entiat Tigers are once again the champions for the regular season in the Central Washington 1-B League…

Entiat traveled to Easton and defeated the Jaguars 61-23. That moved the Tigers to 10-and-1 in league play with one game to go, two games in front of Riverside Christian. Entiat advances to next week’s district tournament as the #1 seed and will face either Moses Lake Christian or Pateros in the first round at Ephrata High School.

Coming up on the prep schedule for today…

In girls basketball, Eastmont hosts Sunnyside while Wenatchee is on the road at West Valley. Currently, the Big 9 standings have Sunnyside in first as the league champs at 10-and-oh. Moses Lake is firmly in second at 9-and-2. Then you have West Valley third at 6-and-4, followed by Davis at 4-and-6 and Eastmont at 4-and-7. Eisenhower is just in front of Wenatchee at 2-and-8 with the Panthers 1-and-9. The top 2 teams have a bye while the next four teams compete in district play-in games on Tuesday with six playing at three and five playing at four.

Tonight is Eastmont’s last game, so they’ll probably be on the road at Davis for the play-in game next week. Wenatchee still has an outside shot if they win tonight and have Davis beat Eisenhower, then beat Moses Lake Friday and have the Cadets fall to Sunnyside.

Wenatchee can wrap up league title tonight on road

On the boys schedule tonight…

Eastmont and Sunnyside will tip it up at 7:30 while Wenatchee’s on the road at West Valley at 7:30. A Panther win tonight and they’d win the regular season Big 9 league title. A loss would mean they’d have to win Friday against Moses Lake and have the Rams fall to Davis in their last game. The league title means a bye into the district tournament, and Wenatchee would host

For Eastmont, it’s all about seeding. The Wildcats sit in fifth place currently at 4-and-7 so the best they could do is finish 5-and-7. Because Davis has more quality wins than Eastmont, even if the Pirates lost their last two games, Eastmont would be the 5th seed. So that means a road game Tuesday in the Play-In game either at Moses Lake or Davis.

Taking a look at the updated NCWLIFE Sports Schedule this week…

Hockey Night tomorrow night features the Wenatchee Wild’s game from last Saturday against the Vernon Vipers. We’ll be back at Wenatchee High School Friday with the Panthers celebrating senior night against the Moses Lake Chiefs. We’ll have the girls on first at 5:30 followed by the boys at 7:30.

Harris invited by NBA to participate in 3-point shootout

Remember last week, we played the video the Brooklyn Nets put out trying to get the NBA to invite Chelan’s Joe Harris to the All Star 3-point shootout? 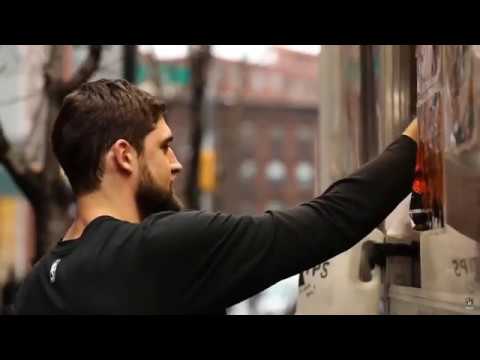 Well, it worked! Harris will compete against Steph Curry, Dirk Nowitzki, Damian Lillard and 6 other NBA three point wizards in the 3-point contest on Saturday, February 16th during the All Star Weekend in Charlotte.