The Eisenhower Cadets will host the Big-9 District Bowling Tournament next week after claiming the regular season title yesterday with a pin-count victory over Wenatchee.

The win puts Ike at 9-and-2 in Big-9 play with a match to go at Moses Lake Tuesday. Wenatchee’s season is done at 9-and-3. Even if the Cadets lose Tuesday, because they and the Panthers split the season series 1-1, Eisenhower would win the regular season title based on head-to-head pin count by 7-pins.

In a match seen here on the NCWLIFE Channel, Eastmont celebrated Senior Night with a 45-22 win over Eisenhower. Earning pins on the night for the Wildcats were Jayston Smith at 220; Rudy Vivanco at 113; Nathan Chang at 126; Adrian Vivanco at 145; and Dominic Web at 160 pounds. Eastmont’s Sean Eli-Dye won his super-heavyweight match 9-to-4.

The other two wins for Eastmont came down to a single point in the final seconds. Eric Granstrom had the call here on the NCWLIFE Channel… 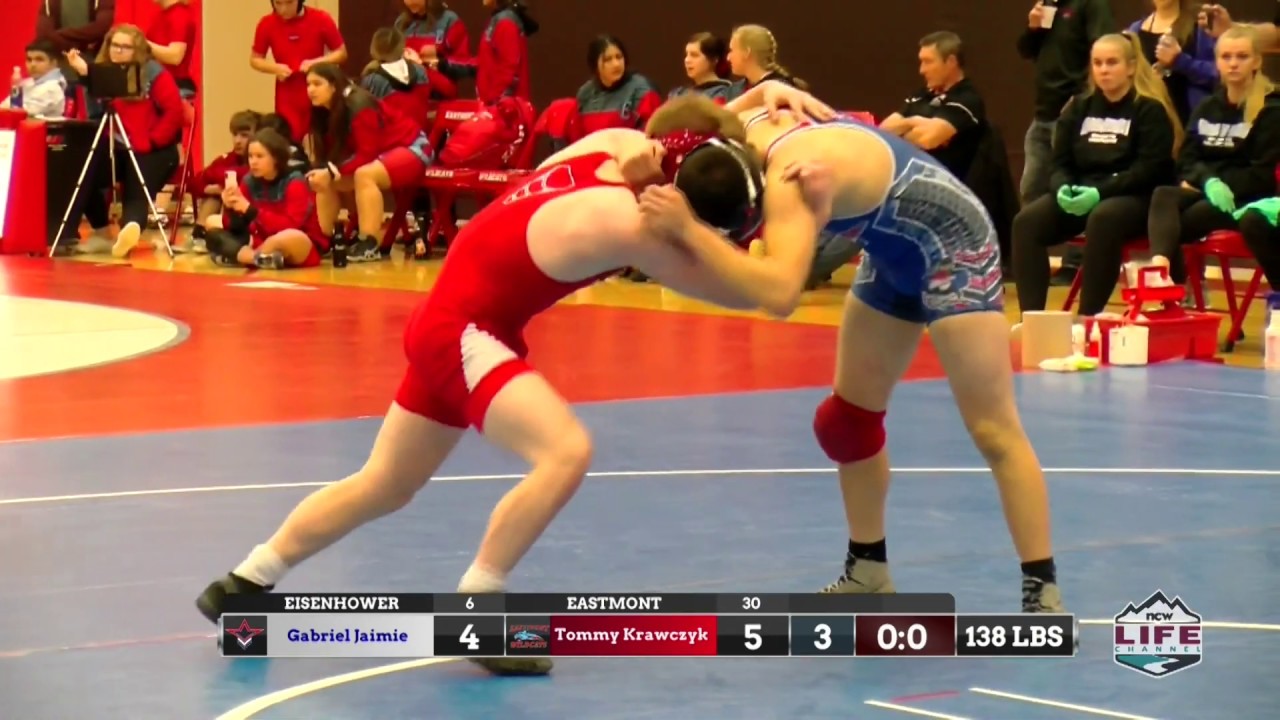 Also in Big-9 wrestling last night, Sunnyside claimed its second-straight league championship with a 57-8 win over Wenatchee. The two victories for the Panthers on the night came at 195-pounds with Jesus Segovia earning a 9-2 victory and at 220-pounds with Lucas Caranza winning by pin.

And it was Moses Lake downing West Valley 75-to-5.

Coming up tonight on the wrestling schedule, Cashmere travels to Oroville at 5; Moses Lake hosts Lake Stevens and Warden visits Ephrata at 6.

Moses Lake beat Eastmont 114-to-61. Davis, Eastmont, Eisenhower, Hanford, Moses Lake and Walla Walla are at the Wenatchee Pool today and tomorrow for the Big-9 11-Dive meet. It begins today at Noon and resumes tomorrow morning at 11.

Here’s the girls schedule for tomorrow. Entiat hosts Riverside Christian at Noon. Wapato plays at Quincy; Ephrata’s at Ellensburg; and Cashmere plays at Kings at 3:30. Waterville-Mansfield hosts Manson at 4:30. Then at 5:45, Eastmont plays at West Valley while Wenatchee hosts Davis. Grant Olson will be courtside at Wenatchee High School for the play-by-play LIVE here on the NCWLIFE Channel.

The boys basketball schedule for the weekend gets underway tonight…

The 7:15 games include Ephrata at Selah; Quincy at Prosser; Cascade hosts Okanogan; and Cashmere at Chelan. At 7:30, Eastmont plays at Eisenhower while Davis hosts Moses Lake.

Coming up tomorrow, Riverside Christian plays at Entiat at 1:30. Quincy hosts Wapato while Ephrata’s at Ellensburg at 5. Then at 6, it’s Waterville-Mansfield hosting Manson. Finally at 7:30, Eastmont tips it up at West Valley while Wenatchee hosts Davis. We’ll have the Pirates and Panthers LIVE with Grant Olson on NCWLIFE.

Gonzaga women have no trouble with Pepperdine

13 Gonzaga whipped up on Pepperdine 70-to-36. And Central Washington stopped Concordia 75-54.

Coming up this weekend, Washington plays at #10 UCLA tonight at 7 while Washington State visits USC.

Then on Sunday, the Cougars play the Bruins while the Huskies visit the Trojans at Noon.

23 Colorado dispatched Washington State 78-56. Utah sank free throws down the stretch to nip Washington 67-66. And Central Washington won on the road at Concordia 65-56.

Coming up tomorrow, Southern Utah plays at Eastern Washington at 2:05. Wenatchee Valley hosts Treasure Valley at 4. Also at 4 on the Pac-12 Network, Washington State plays at Utah. Central Washington starts at Western Oregon at 4:15. At 6 o’clock on FS1 it’s Washington at #23 Colorado. Then at 7 tomorrow night, #2 Gonzaga hosts Pacific.

Finally, the Wenatchee Wild host the Trail Smoke Eaters in the first of two games tonight at the Town Toyota Center…

Tonight is Star Wars Night with the puck dropping at 7:05. Then tomorrow night is Proud to be an American Night as the Wild and Smoke Eaters play again at 7:05. We’ll have more on the weekend’s series with Coach Chris Clark later here on Wake Up Wenatchee Valley.