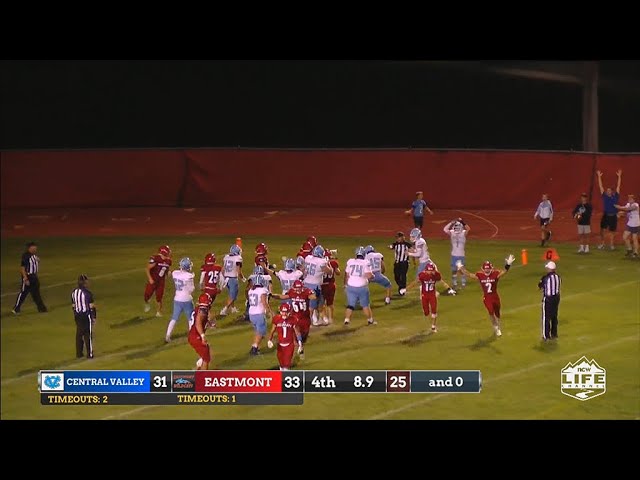 The Eastmont Wildcats began the 2021 football season by hosting the Central Valley Bears at Wildcat Stadium on Friday, September 3. Eastmont got out to a big first-half lead thanks to two touchdown runs by junior running back Ivan Corona. The Bears would come back in the second half and have a chance to tie the game with 8.9-seconds left but their 2-point conversion would fail and Eastmont would prevail 33-31. Grant Olson and Eric Kuntz had the call on the NCWLIFE Channel.