On the Les Schwab Prep Volleyball Scoreboard last night, the Eastmont Wildcats came out strong and swept three games from Eisenhower 25-14, 19 and 18. Eric Granstrom had the call on the NCWLIFE Channel… 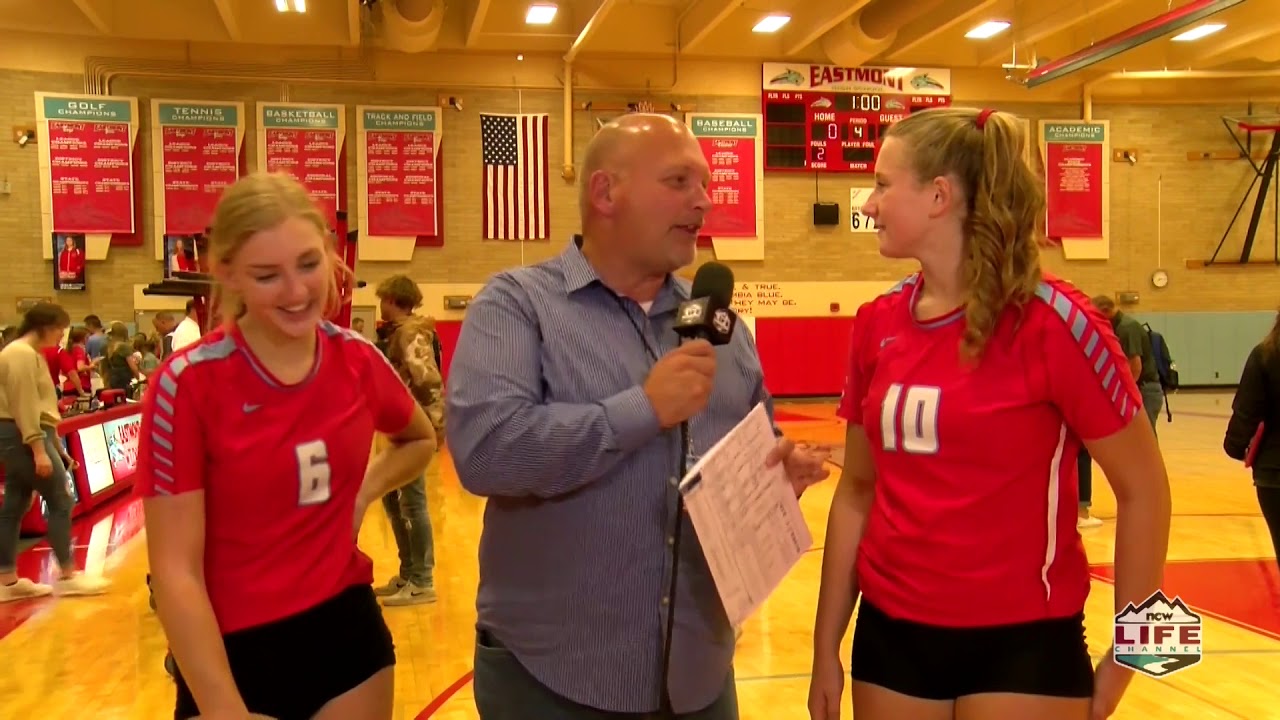 Eastmont swept a double-dual with Davis and Eisenhower in the pool yesterday. The Wildcats beat the Pirates 117-66 and topped the Cadets 115-67.

And in the first Big-9 cross country meet of the season, Wenatchee’s Tatum Grosdidier took first place in the girl’s race with a time of 19:49. The Panthers went 4-2 in the dual meet while Eastmont was 3-and-3. On the boy’s side, Wenatchee was 4-and-2 while the Wildcats were 2-and-4.

Coming up tonight on the NCWLIFE Channel, it’s our prep football Friday Night Lights as the Wenatchee Panthers host the Mount Boucherie Bears…

Wenatchee is off to a 1-and-1 start while the Bears come in oh-and-2 in their British Columbian league. While Panther coach Scott Devereaux admits he doesn’t know a lot about his opponent tonight, he has set very specific goals for his club… 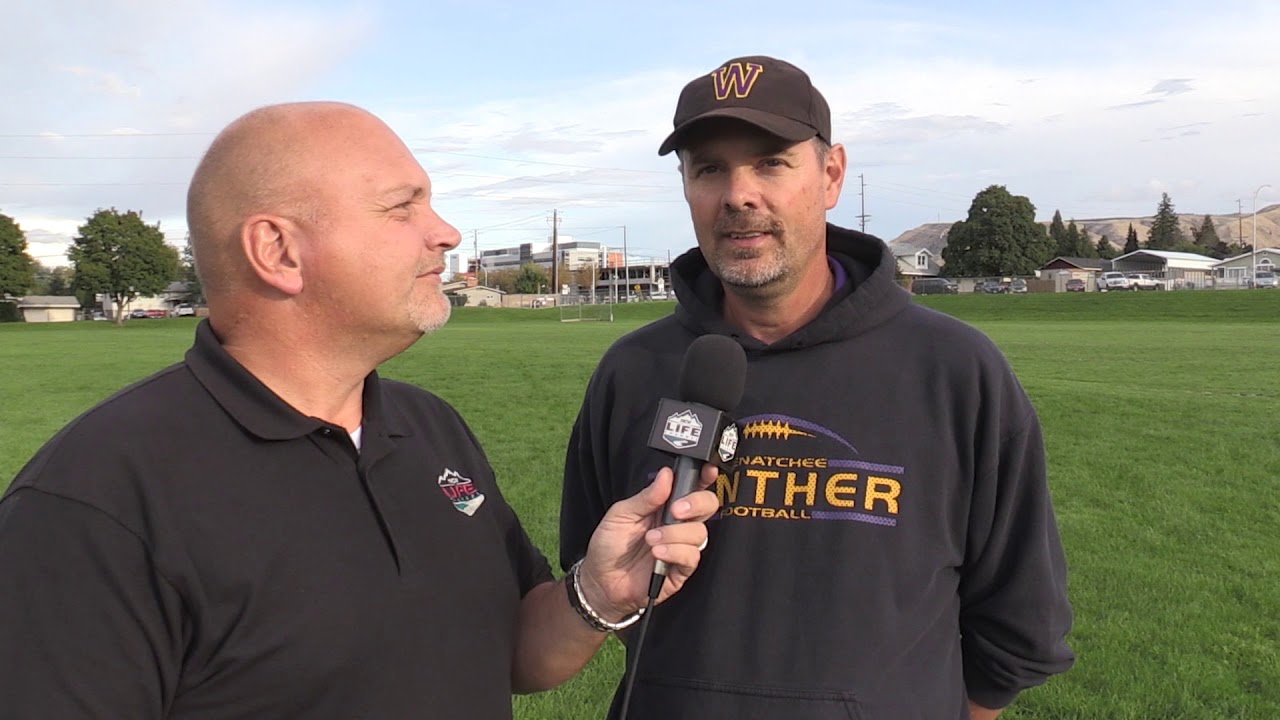 Wenatchee hopes to get the passing game going again tonight with quarterback Camden Sirmon finding receivers like JJ Jelsing. Jelsing says a connection on Friday nights began during the off-season with the two working together a great deal… 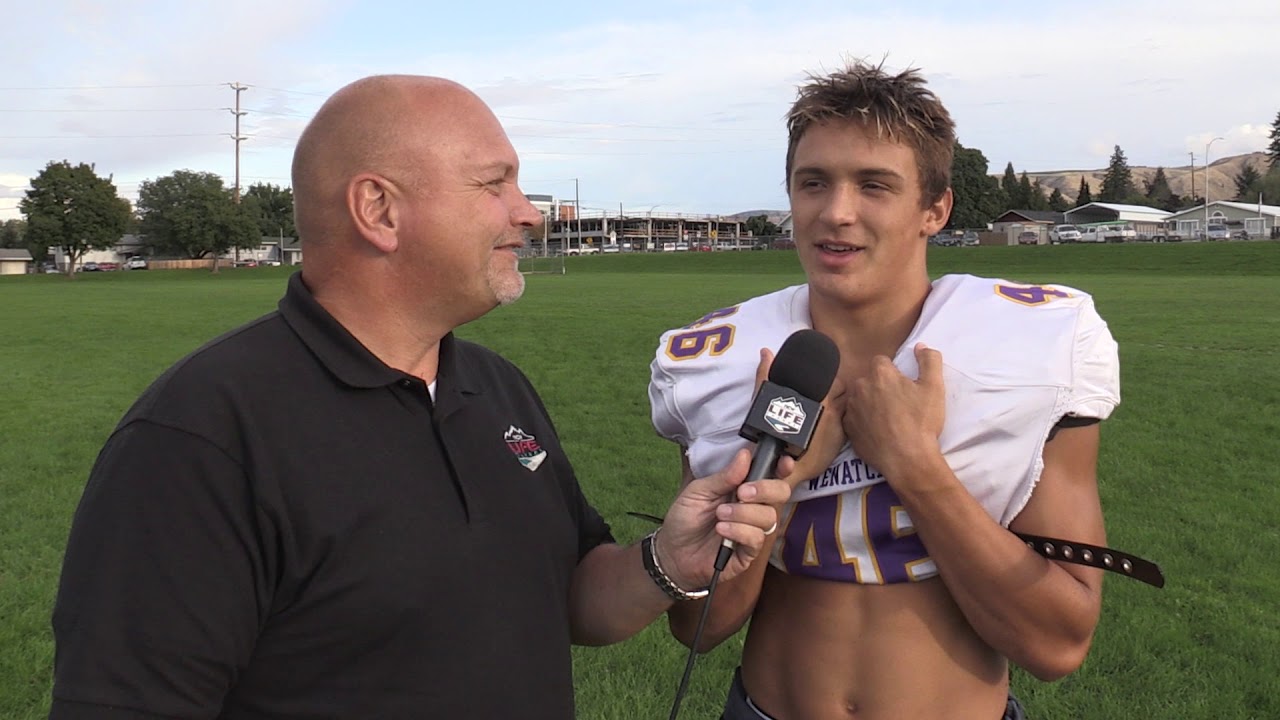 We’ll have the pregame with Grant Olson and Eric Granstrom tonight at 6:45 and kickoff from Lee Bofto Field at the Apple Bowl at 7.

Eastmont ready for battle at Ellensburg

Eastmont is on the road at Ellensburg tonight for a week-3 non-league game. Wildcat Coach Michael Don says he’s prepared his kids for a tough Bulldog team with some inside knowledge… 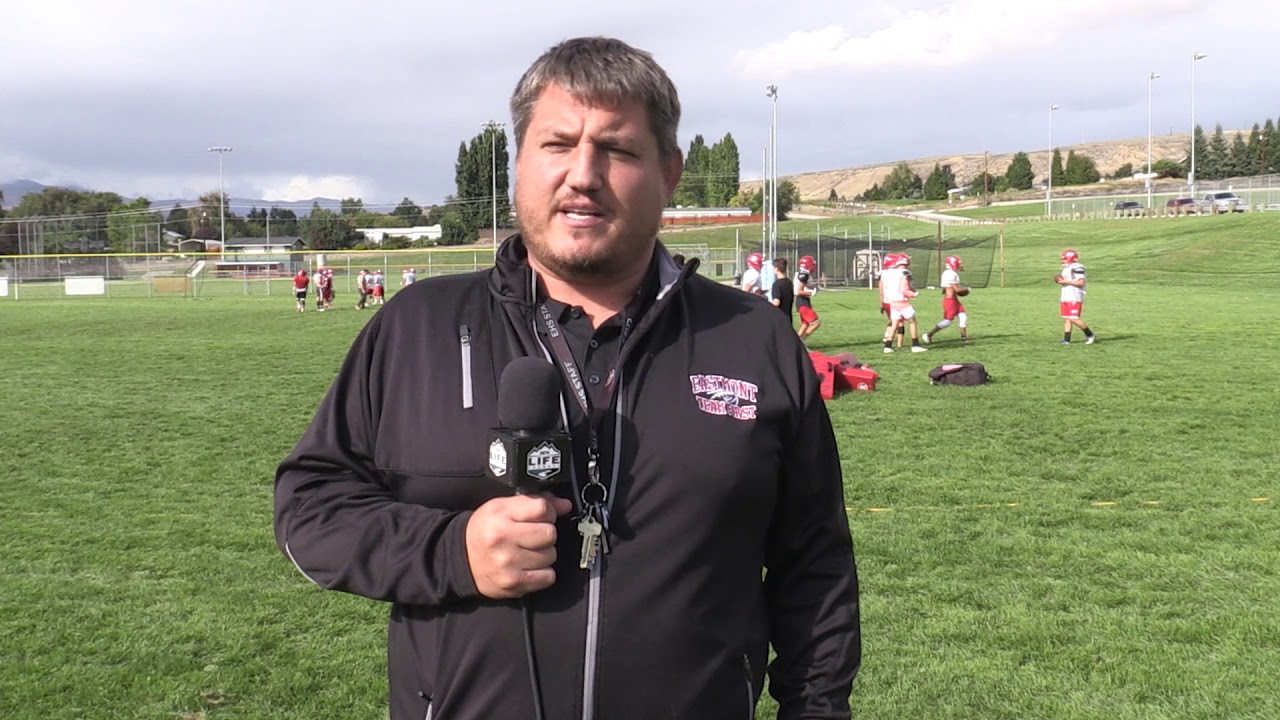 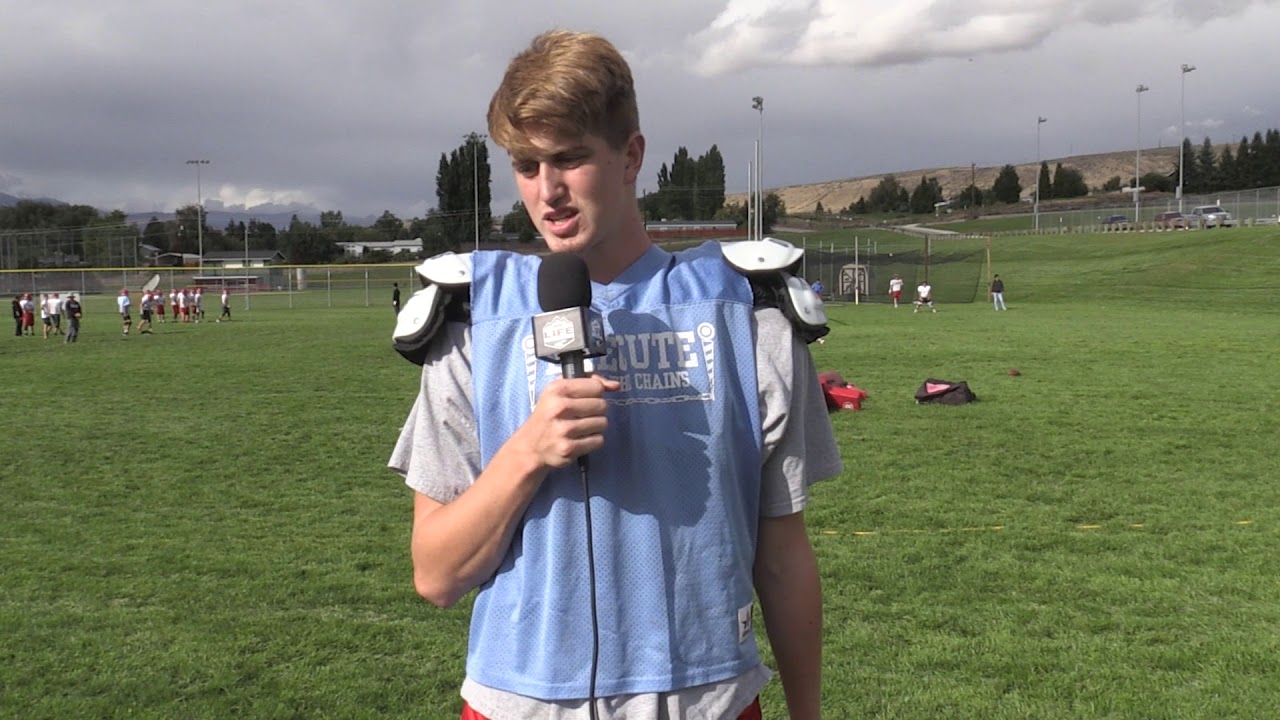 Here’s the rest of the prep football schedule for tonight. Moses Lake is at Post Falls, Idaho. Cascade hosts Mt. Baker. Wapato is at Cashmere. Chelan welcomes South Whidbey. Quincy travels to Grandview. Ephrata is in Prosser. Manson hosts Liberty Christian. Entiat’s at Bridgeport. And Waterville-Mansfield has a road trip east on US-2 to Wilbur-Creston.

Coming up in girls soccer tomorrow…

Quincy hosts Wahluke at Noon. Then at 1, Davis plays at Wenatchee. Eastmont hosts Lewis & Clark. And Moses Lake is on the road at West Valley.

On the Saturday volleyball schedule, Cascade is in Connell while Chelan travels to Kiona-Benton at 10am. Waterville-Mansfield has a date with Oroville on the road at 12:30.

Wenatchee swimmers will be on the road for the Mid-Columbia Invite at Southridge tomorrow at 11am.

Wenatchee invite brings x-country runners from all around

And on the cross country schedule, Wenatchee hosts Bothell, Bridgeport, Cashmere, Ellensburg, Lake Roosevelt, Montesano, Omak and Tonasket for the Wenatchee Invite at 11am. Eastmont’s running at the Apple Ridge Invite at 11. And Cascade is over on the west side at the Whidbey Island Invite at 11am.

Wild continue home stand with Trail and Merritt in town

Wenatchee entertains the Trail Smoke Eaters tonight at 7:05. Then tomorrow night, it’s the Merritt Centennials in town at 7:05. We’ll get a preview of the weekend with Arch Ecker a little later here on Wake Up Wenatchee Valley.

Not to be forgotten, it’s the final race of the season at Wenatchee Valley’s Super Oval Saturday…

It’s the Neal Newberry 125 presented by Pepsi for the Northwest Super Late Models. Also racing will be the Dick’s Heating and Air Conditioning Thunder Cars; the Plumb Perfect Roadrunners; and the Bandoleros. Gates open at 4:30 with racing starting at 6.

If you want to take in some college football tomorrow, here’s what is on tap…

Eastern Washington begins Big Sky play at Idaho at Noon. Also at 12, Central Washington is on the road at Central New Mexico. #22 Washington plays at BYU at 12:30 tomorrow with television coverage on ESPN-2. And tomorrow night, #19 Washington State hosts UCLA in a Pac-12 clash on ESPN at 7:30.

The Saints come into CenturyLink Field at 1-and-1 while the Seahawks are 2-and-oh. Kickoff on FOX is at 1:25.

Mariners prepare for 3 in Baltimore

Austin Nola’s RBI groundout in the top of the 11th was the difference as the Mariners pulled off the three-game sweep.

Seattle continues its road trip in Baltimore today at 4:05 with Felix Hernandez on the mound.

Finally, the Wenatchee AppleSox have announced Ian Sanderson as the 5th coach in team history…

Sanderson will replace Kyle Krustangel, who stepped down following the 2019 season. Sanderson brings a championship-pedigree to the AppleSox. He coached at Lower Columbia College since 2015 as an associate head coach and pitching coach winning the NWAC in four of the last five seasons. Sanderson spent the last two seasons as the Victoria HarbourCats’ pitching coach.