The pandemic has forced high school football coaches to do and try things they normally wouldn’t. With a shortened season and even shorter time to prepare, playbooks were cut in half and players were asked to play positions they never thought of before.

For Eastmont, that meant taking junior Ivan Carona and moving him to fullback while moving up freshman Luke Gail to start at quarterback. Coach Michael Don says it was actually Gail who showed he could pull it off… 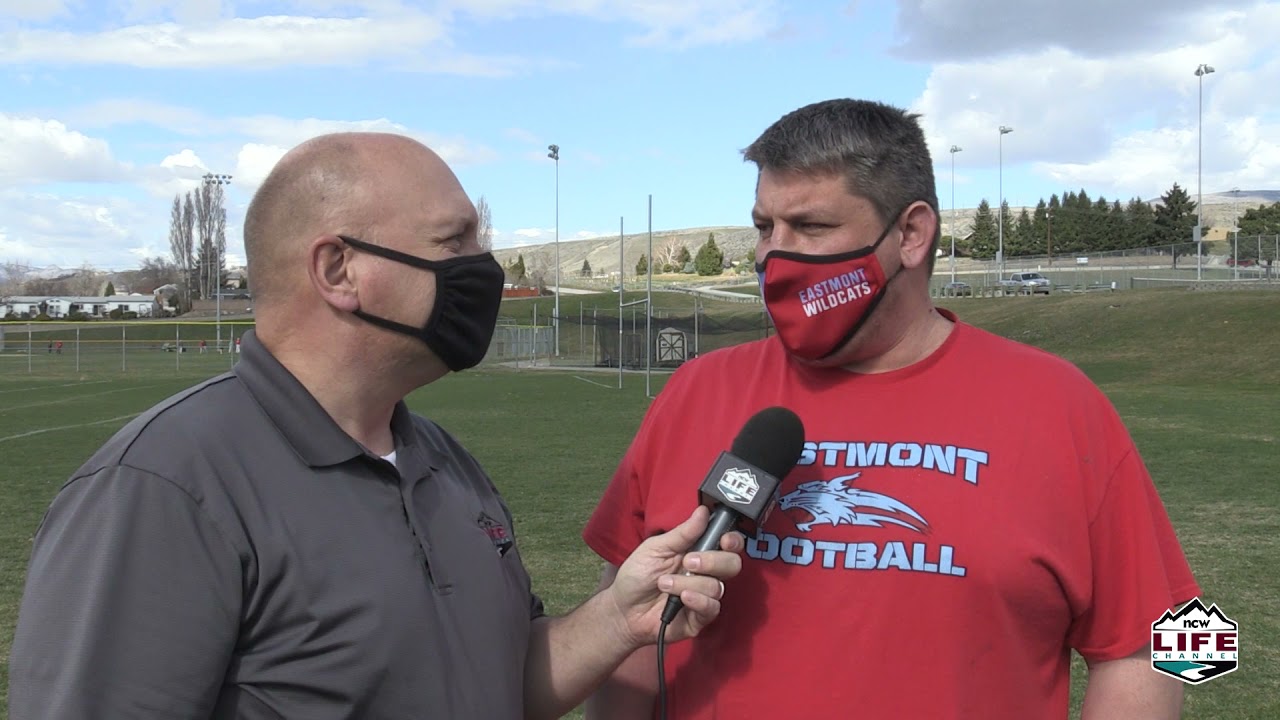 Eastmont hosts Ephrata tonight and NCWLIFE Channel will broadcast the game live beginning with our pregame show at 6:30. The Wildcats are 2-and-1 after back-to-back wins over Wenatchee (10-7) and Moses Lake (35-13). Coach Don says he hopes they continue to improve and learn as they go… 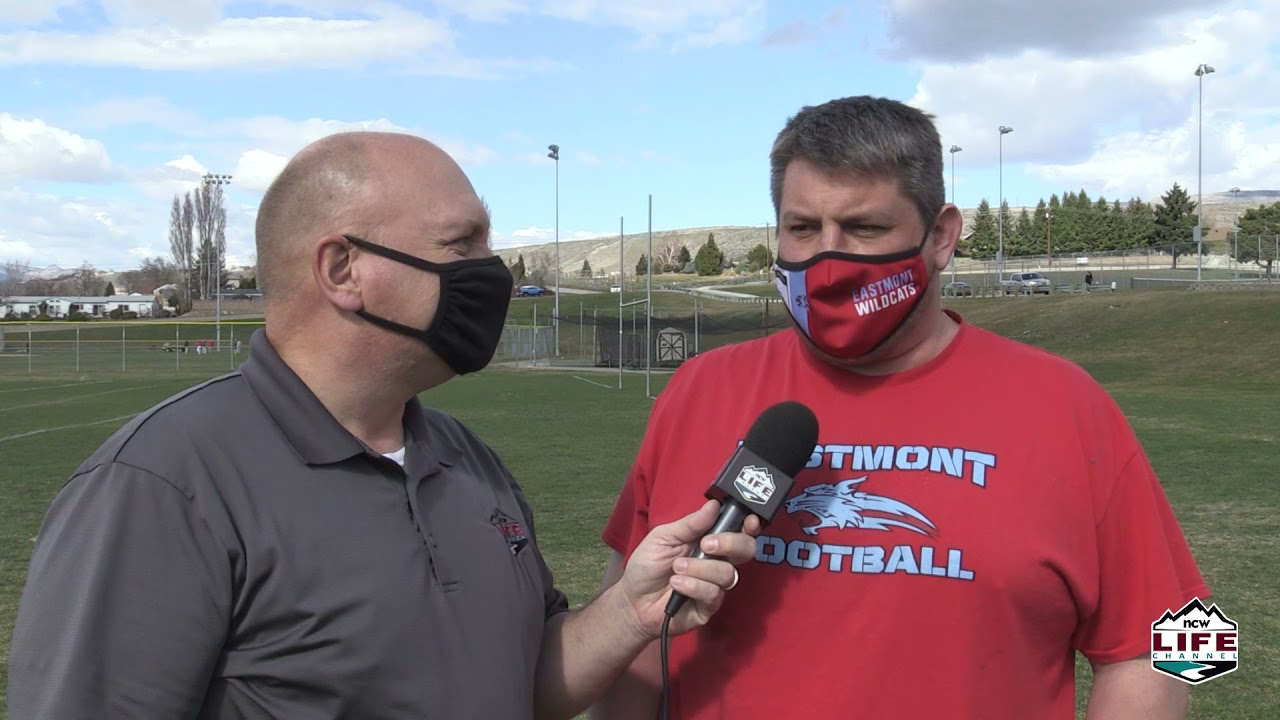 The Tigers are also 2-and-1 with wins over Chelan and Wahluke and a big loss to Royal. Don says in a shortened season, every team on your schedule will provide a challenge… 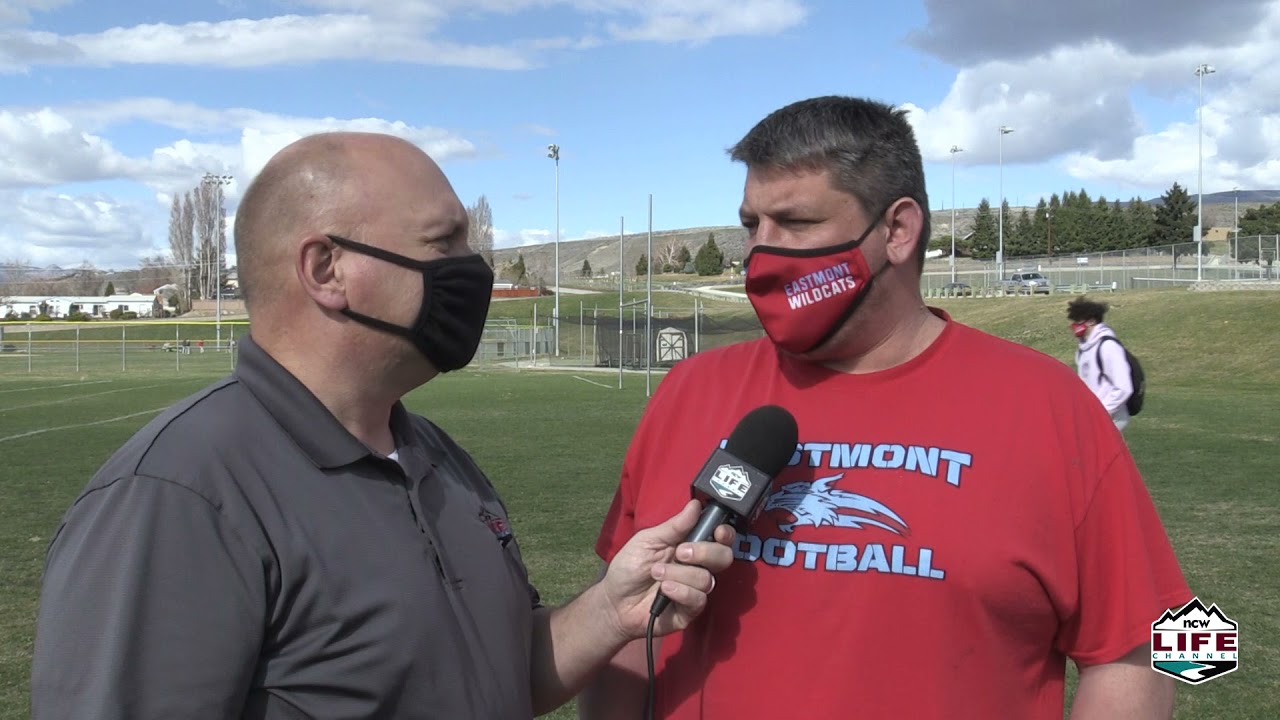 Eastmont will recognize its 12-seniors prior to tonight’s final home game of the season. One of those is Dillon Esparza, who says he laments not having a normal senior year to create memories… 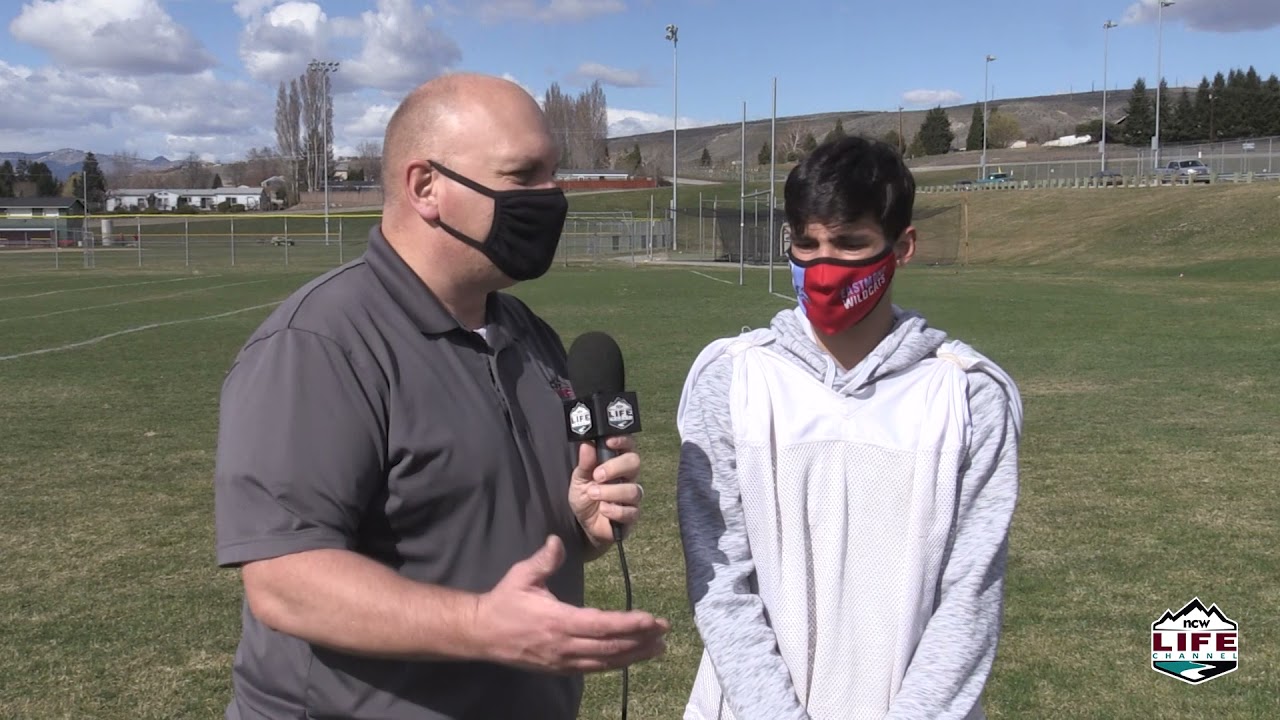 You can see and hear more from coach Don and Dillon Esparza during our pregame show tonight with Eric Granstrom and Grant Olson, starting at 6:30.

The football Friday schedule gets underway a little earlier than our pregame tonight with a game kicking off this afternoon. Manson plays at Tonasket with a 4 o’clock start time. Wenatchee plays at Moses Lake at 7 while Cascade visits Warden; Omak hosts Cashmere; Quincy’s in Chelan; Brewster travels to Oroville; and Entiat hosts Bridgeport.

Coming up Saturday, Okanogan and Lake Roosevelt kick off at 2 o’clock. Then, Waterville-Mansfield hosts Liberty Bell at 3.

We hope you’ll join us Saturday for a doubleheader here on the NCWLIFE Channel.

It begins for us at Lee Bofto Field at the Apple Bowl where the Wenatchee Panthers host the Moses Lake Chiefs in girls soccer. Eric will join Matt Wisen in the booth for the play-by-play with things getting underway at 12:50.

In other action tomorrow, Brewster hosts Liberty Bell at 10am while Manson travels to Pateros. Chelan entertains Tonasket at 11. Eastmont will host Ephrata at 1 o’clock. Then Cashmere visits Cascade at 5.

Wenatchee hosts both Eastmont and Chelan during the day, but we’ll have the Panthers and Wildcats on TV beginning with the pregame at 6:20. Eric will have the call there.

Wenatchee faces Chelan earlier in the day at 10:30. That’s followed by Eastmont and Chelan at 2:30. In Waterville, the Shockers host Cascade and Lake Roosevelt with things getting underway at 11:15. Omak visits Okanogan tomorrow at 5:30.

Quincy and Wahluke play at Royal High School beginning at 11 o’clock. Bridgeport and Oroville head north to Tonasket where the Mustangs, Hornets and Tigers will get things underway at 11:30.

Round of 16 plays out this weekend in NCAA Tournaments

The Bulldogs face Creighton in the Sweet-16 at 11:10. You can watch the action on CBS.

Louisville takes on Oregon at 4 o’clock in the 3rd round of the NCAA Women’s Basketball Tournament. That game will be televised on ESPN.

The Mariners dropped back to the .500 mark on the spring with an 8-5 loss to Oakland in Cactus League play yesterday…

Julio Rodriguez continues to do well at the plate, going 2-for-3 with a run. Jack Reinheimer played shortstop in yesterday’s game and was 2-for-4 at the plate with a run and an RBI.

Mariner starter Nick Margevisius was roughed up on the mound, lasting 3-and-a-third while allowing 4-runs on 5-hits including two home runs.

Seattle plays San Diego tonight at 6:40. We are just 5 days away from Opening Day!

The Seahawks are bringing back defensive end Carlos Dunlap…

According to the NFL Network’s Ian Rapoport, Dunlap agreed to remain in Seattle for the next two years and be paid 16-million dollars, 8-and-a-half million guaranteed.

Seattle is also set to part ways with Jarran Reed. And, Rapoport is also reporting that the Seahawks have agreed to a 1-year deal to bring defensive tackle Al Woods back into the fold, for 3-million dollars, with a 750-thousand dollar signing bonus.