Eastmont and Wenatchee met for the second time this basketball season, with the Wildcat girls coming out on top 52-26. Grant Olson had the call here on the NCWLIFE Channnel… 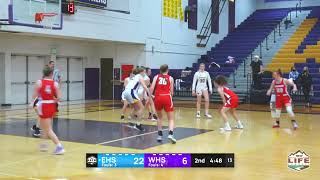 Also on Friday, Moses Lake at Davis were postponed by COVID. Cashmere had no trouble with Quincy, winning 55-10. And Selah edged Ephrata 56-46.

Turning to the boys game Friday, it was a back-and-forth contest with Wenatchee leading by as many as 7-points. But Eastmont came all the way back for the 53-49 win. Grant Olson had the call here on the NCWLIFE Channel… 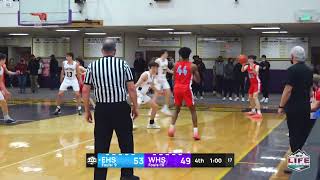 Davis and Moses Lake were postponed by COVID. It was Omak over Cascade 72-41. Quincy topped Cashmere 63-57. Selah stopped Ephrata 71-65.

Drew Timme led six players in double-figures with 32 as Gonzaga blew out Santa Clara 115-to-83.

Andrew Jakimovski made four 3-pointers to lead Washington State with 16-points off the bench to lead the Cougars past Cal Saturday 65-57.

UCLA cruised to a 63-48 win over Washington despite 15-points and 5-rebounds from Haley Van Dyke.
Gonzaga got 15-points from Yvonne Ejim to down San Diego 76-66.

Hailey Van Lith pumped in 16-points to help 3rd-ranked Louisville to a 63-53 win over Boston College yesterday.
UCLA bounced Washington State 71-58 and USC got by Washington 74-66.

Make it nine losses in a row for the Seattle Kraken…

In a game that felt more like a home game for L-A with all the Kings fans at Climate Pledge Arena, the “visitors” got out to a 2-nothing lead and went on for the 3-1 victory. 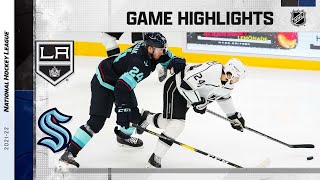 Joe Burrow threw two touchdown passes and the Cincinnati defense turned the Raiders over on the last play of the game to win the Bengal’s first playoff game since 1991, 26-19.

Dallas’ comeback literally ran out of time Sunday as San Francisco held on for a 23-17 win. Dak Prescott was trying to get the ball spiked for one more play, but the officials said the clock expired with Dallas at the 49er’s 24-yard line.

Patrick Mahomes threw for 5-touchdowns and 400-yards to lead Kansas City to an easy, first-round win over Pittsburgh 42-21.

There’s one more game of the Wild Card Weekend tonight as the Rams host the Cardinals in L-A. It’s on ESPN and ABC starting at 5:15.

We’ll be mat-side at Eastmont High School Thursday night for Big-9 Wrestling between the Wildcats and Wenatchee Panthers. Eric Granstrom will provide your play-by-play with the pregame at 6:45 and first match at 7 o’clock.