Eastmont snapped a 5-game losing streak to Wenatchee by beating the Panthers Tuesday 16-10 at Recreation Park. The Wildcats got off to a great start, scoring six runs in the first inning. Wenatchee would stay in it, however, grinding out runs per inning to cut the lead to 7-6 in the bottom of the 5th… 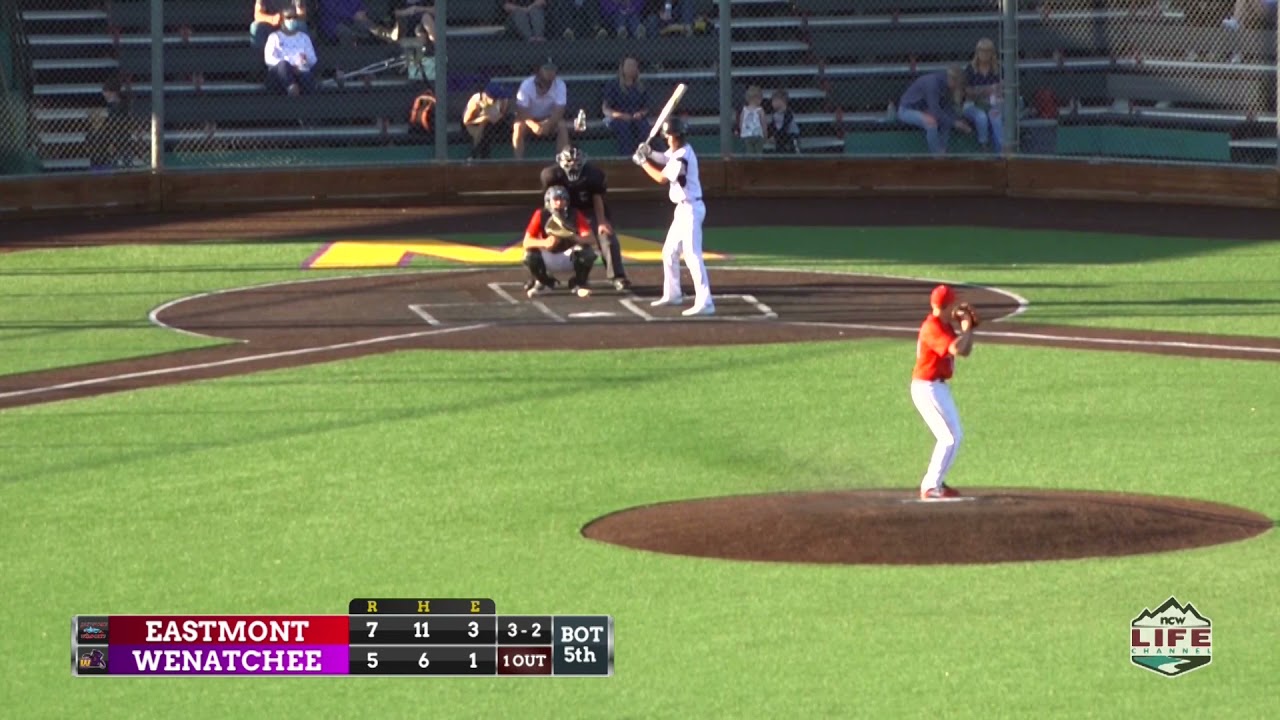 The Wildcats would come back and score 9-runs in the top of the 6th and go on for the 16-10 victory. Hunter Ruhl led the way for Eastmont, going 4-for-6 with a triple, 2-runs and 2-RBI’s. Michael Singleton finished 2-for-3 with 3-Runs and Logan Schneider was 3-for-4 with 3-RBI’s and 2-runs for Eastmont. Wenatchee was led by Tyler Schuyleman, who was 2-for-3 with a double, 2-runs and an RBI. The two teams will meet again Saturday at Dan White Field in East Wenatchee for a doubleheader, which we’ll have here on the NCWLIFE Channel.

In other baseball action yesterday, Ephrata topped Moses Lake 5-3; Cascade blanked Omak 18-nothing; Cashmere had no trouble with Wahluke, winning 25-5. It was Chelan stopping Brewster 10-nothing; Liberty Bell blanked Quincy 15-zip and Lake Roosevelt got by Okanogan 4-1.

Coming up in softball today, Moses Lake hosts Lake City in a doubleheader beginning at 3:30. Eastmont and Wenatchee will meet at Walla Walla Point Park at 4 o’clock.

Marco Gonzales was on top of his game, striking out six Dodgers over 7-innings. The only run scratched across came in the 3rd on an RBI-single by Corey Seager. It was Marco’s best outing of the season…

Even more impressive was Los Angeles starting pitcher Julio Urias. The southpaw struck out 11 Mariner hitters and gave up just one base hit…

Seattle proved once again that its defense is one of the best in baseball, with some web-gems by J.P. Crawford, Kyle Seager and Dylan Moore…

Seattle has a travel day today before beginning a weekend series in Boston tomorrow at 4:10.

Oakland stayed red-hot with a doubleheader sweep of Minnesota to climb into a first-place tie with the Mariners atop the American League West.

In game 1, Mitch Moreland hit two home runs and Matt Chapman had a grand slam home run in the A’s 7-nothing win.

Game 2 saw Jose Luzardo strike out 6 over 5-and-a-third as Oakland shut the Twins out 1-nothing.

In Denver, Colorado’s C.J. Cron had a 2-run homer and drove in 5 as the Rockies knocked off Houston 6-2.