In a game full of drama, big plays, and last-minute heroics, the Eastmont Wildcats defeated the Wenatchee Panthers 28-24 in the Bridge of Sportsmanship last night…

The game saw 7-lead changes with Eastmont taking the opening possession and marching 75-yards in 9-plays and scoring on a 7-yard touchdown run by Corbin Keys.

Wenatchee countered immediately on an 8-play, 76-yard drive to tie it on Camden Sirmon’s touchdown pass to Riley Kunz.

Following an Eastmont punt, the Panthers took its first lead on a 13-play, 96-yard drive capped by a 3-yard touchdown pass from Sirmon to Obadiah Young. The extra point was wide right but Wenatchee led 13-7.

Eastmont retook the lead on its next possession as Carson Everhart punched it in from a yard out to cap an 11-play, 70-yard drive to make it 14-13.

The Panthers would head into the locker room with the lead as Cesar Gonzalez connected on a 39-yard field goal to make it 16-14.

Wenatchee took the opening possession of the second half right down the field but a field goal attempt was botched and the Panthers turned it over on downs at the 2-yard line.

Eastmont rallied offensively with an 11-play, 98-yard drive as Carson Talley scored from 10-yards out to make it 21-16 Wildcats.

Wenatchee’s next series of downs would eat up over 4-and-a-half minutes and that’s where we’ll pick up the highlights. Eric Granstrom and Grant Olson had the exciting call on the NCWLIFE Channel… 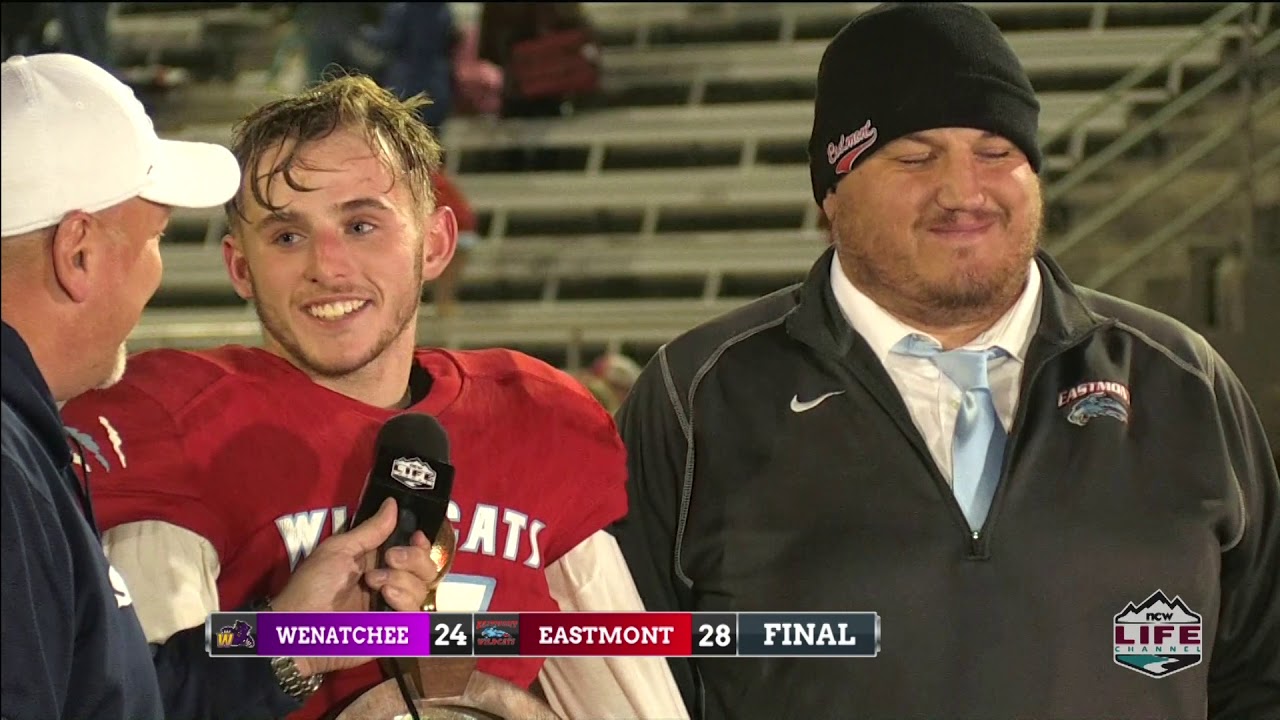 Both teams will advance to play Saturday at Moses Lake. Sunnyside, by the way, beat the Chiefs last night 56-to-nothing. So it will be Eastmont and Sunnyside playing at 1 o’clock in two, ten-minute halves. The winner gets the Big-9’s No. 1 seed to State. The loser will face Wenatchee 20-minutes later in the same format with the winner of that game getting the Big-9’s No. 2 seed to State.

By the way, if you missed last night’s game, or maybe you were THERE, it will be rebroadcast tonight at 6:30 here on the NCWLIFE Channel. Thanks to all who watched last night (over 18,000 views on Facebook).

We wish both teams the best of luck and here’s hoping BOTH make it to State after an incredible season.