The 53rd meeting between Wenatchee and Eastmont takes place tonight in the annual Bridge of Sportsmanship game at Lee Bofto Field at the Apple Bowl. We’ll broadcast the game live here on the NCWLIFE Channel with Grant Olson and Eric Granstrom on the play-by-play, beginning with our pregame at 6:30.

Eastmont is riding a 4-game winning streak in the series, which Wenatchee would love to break, but the Panthers will have do to it without starting quarterback JJ Jelsing. Coach Scott Devereaux says the senior went down with a season-ending knee injury against Royal in week 3… 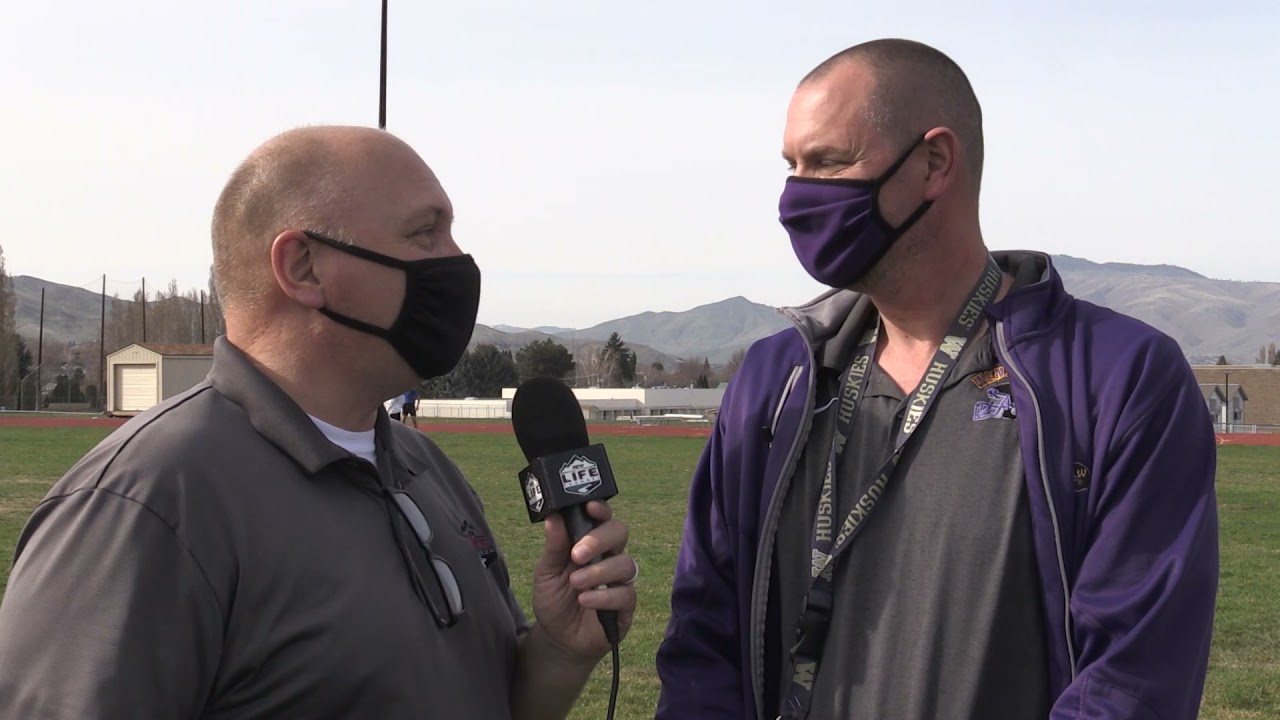 Jelsing was Wenatchee’s entire offense in a 10-7 Eastmont win back on March 12th. Wildcat coach Michael Don says he expects other players to step up in his absence… 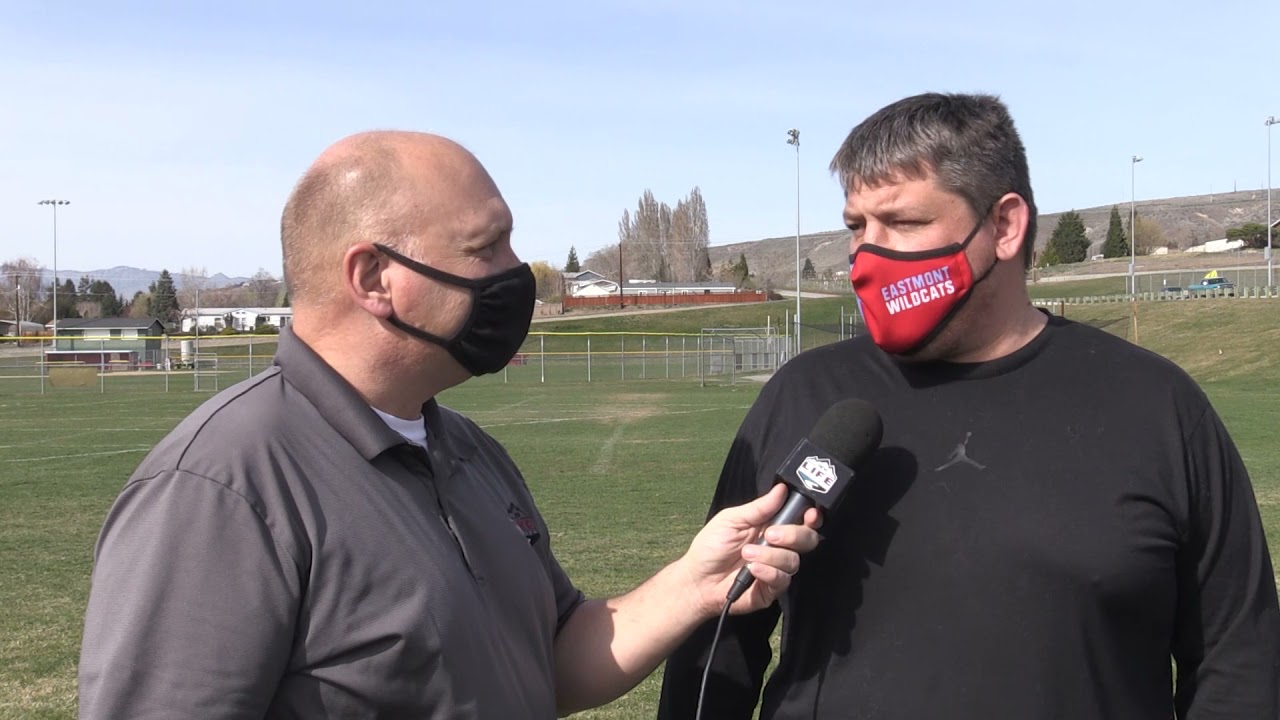 Eastmont comes into tonight’s game with a 3-and-1 record having knocked off Ephrata 30-to-nothing a week ago. Despite the victory, the Wildcats offense struggled and the team was penalized for over 100-yards. Coach Don says it’s all about perspective… 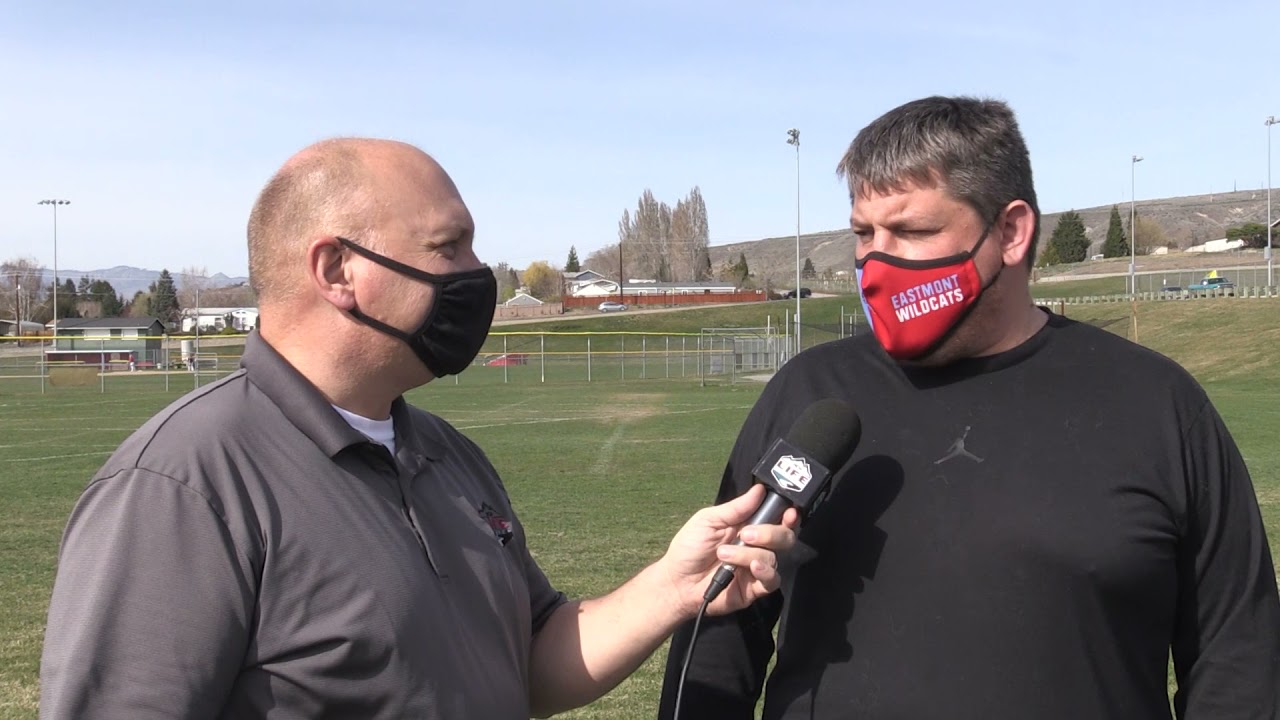 Since the Bridge of Sportsmanship trophy came to be in 2007, presented by the Lions Clubs of Wenatchee and East Wenatchee in an attempt to reduce the hostility between the two schools, Wenatchee is 9-4 in those games. However, the trophy has remained at Eastmont since 2017.

The shortened season and coming off the pandemic just to play has changed coach Devereaux’s approach to the game, no matter the rivalry… 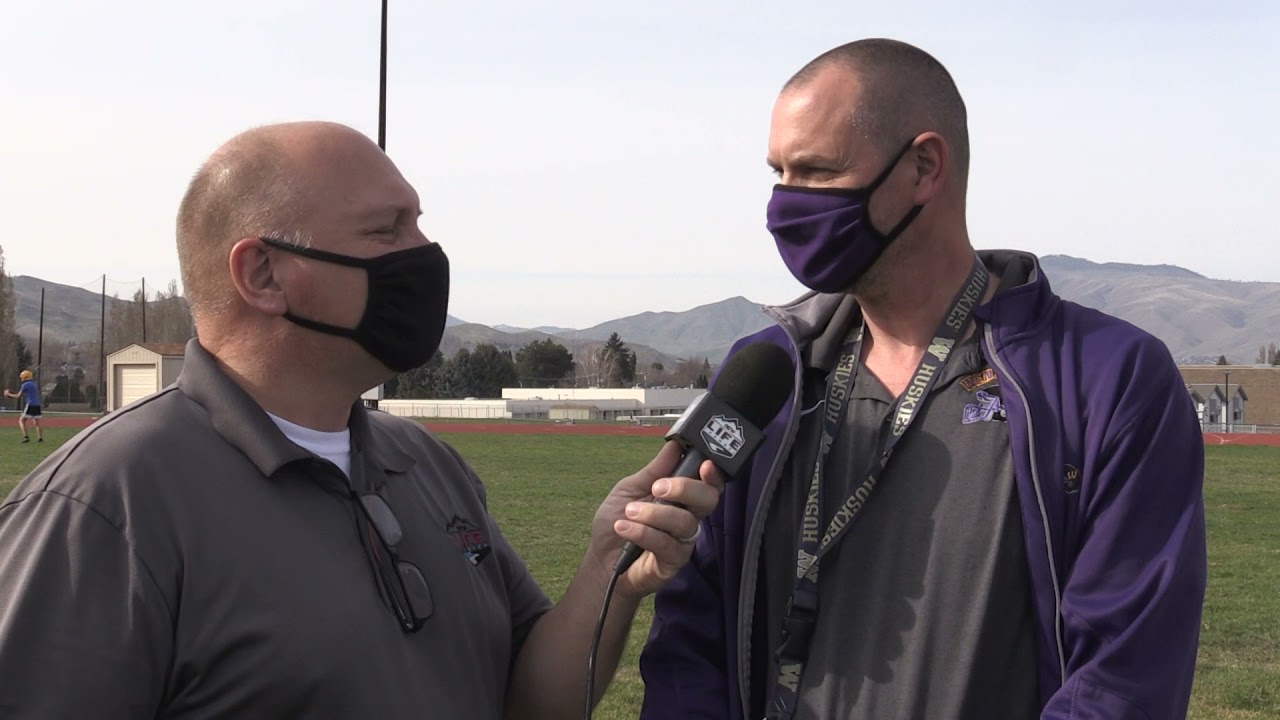 The Bridge of Sportsmanship trophy is on the line tonight when Wenatchee and Eastmont tee it up at Lee Bofto Field at the Apple Bowl. Join us for all the coverage beginning at 6:30 tonight here on the NCWLIFE Channel.

The final weekend of football got underway last night with Liberty Bell beating the Chelan JV 48-nothing and Almira-Coulee/Hartline topped Soap Lake 46-0.

On the schedule for tonight, Moses Lake plays at Royal. The Battle for the Bronze Shoe is in Cashmere tonight where the Bulldogs host Chelan at 7 with the Caribou Trail League Title also on the line. Cascade hosts Omak. Oroville visits Manson. Brewster will try to wrap up an emotional, undefeated season tonight against Lake Roosevelt. And Tonasket travels to Okanogan.

On Saturday, Waterville-Mansfield will try to wrap up the season on a winning note against Pateros at 2 o’clock.

There are still some volleyball matches to be played tomorrow…

Wenatchee and Moses Lake will meet at Ephrata beginning at 10am. Cashmere travels to Warden to face the Cougars and Royal Knights. Omak will host Lake Roosevelt and Brewster.

A great match will wrap up the season in Quincy tomorrow when undefeated Manson faces the Jackrabbits at 10 followed by the Shockers and Quincy at 2:30. If both win, the 6:30 match will feature the 12-and-oh Trojans against the 10-and-1 Shockers. Liberty Bell will also host Pateros and Tonasket.

Soccer season winds up with games last night and Saturday

A Wenatchee-based Greco Roman wrestler is in Texas this weekend with a shot at becoming an Olympian. Austin Morrow’s Mom, Erin Marcuson, says the 27-year old is on the verge of a dream come true… 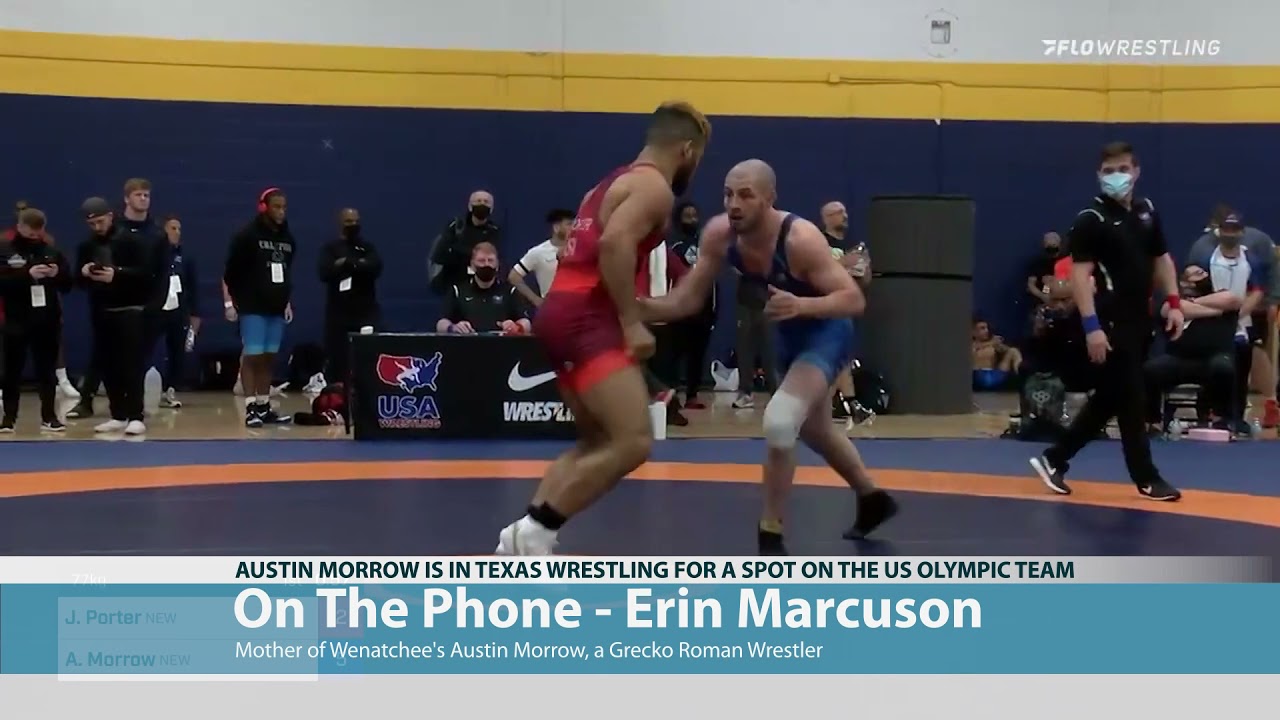 Marcuson says only those in the wrestling-world would recognize her son, since he began wrestling in Europe in high school as a military brat… 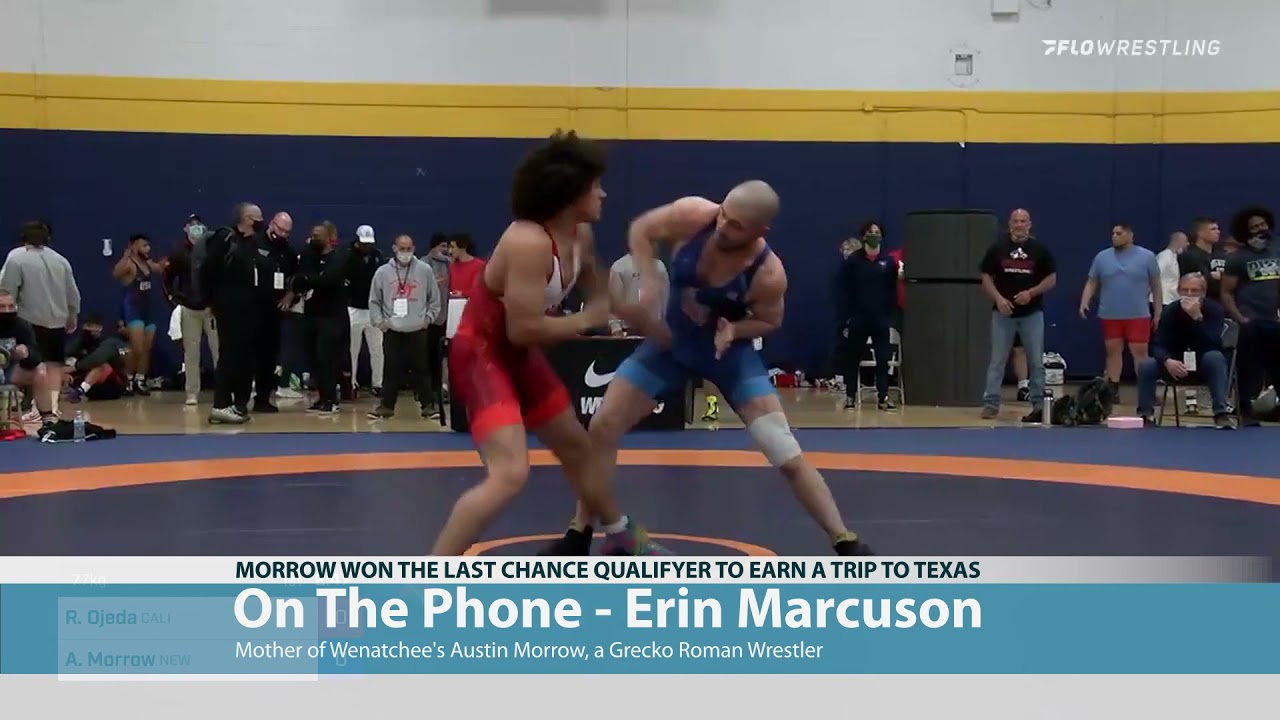 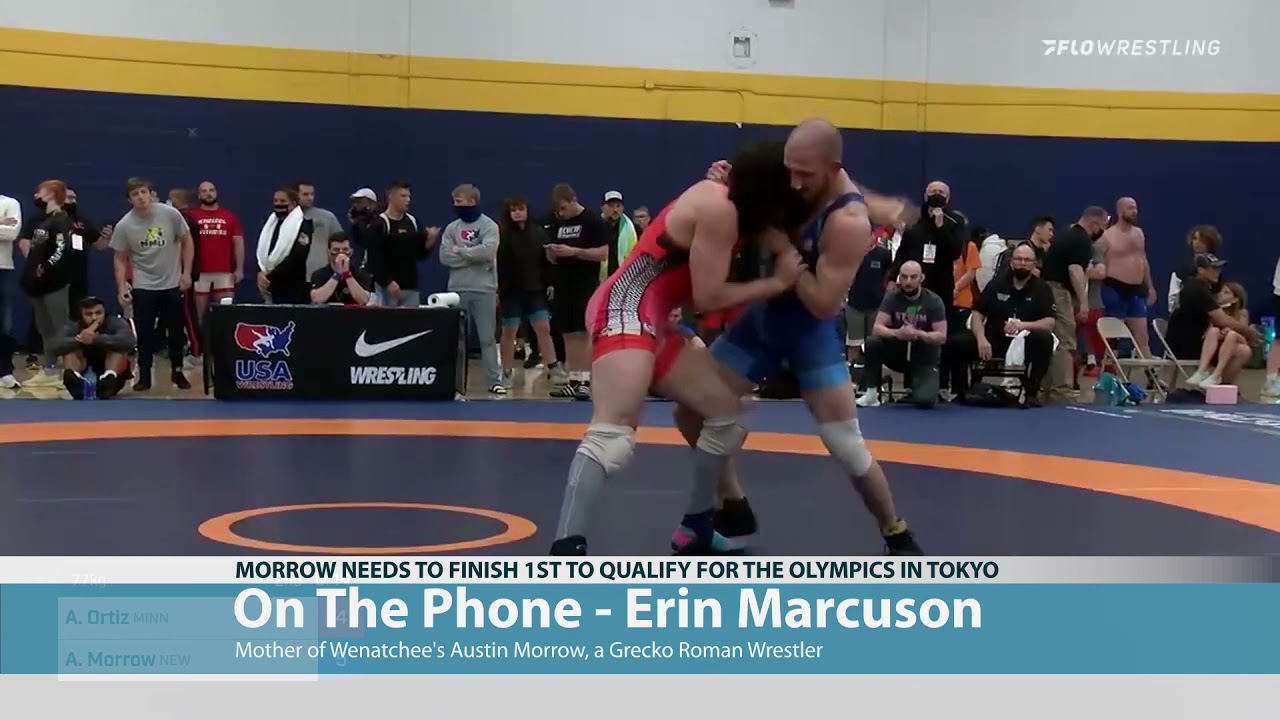 If you have the Peacock Network, you can watch the action from Fort Worth, Texas. Best of luck to Austin Morrow!

Mariners walk-off in 10th against Giants

If you gave up on the Mariners and went to bed last night, you’re not alone. Seattle trailed San Francisco 6-1 in the bottom of the 8th inning. 30-minutes and 6-runs later, the Mariners led 7-6 and needed 10-innings to get the 8-7 win…

Jake Fraley walked with the bases loaded in the bottom of the 10th, his 3rd walk of the night, to earn the literal walk-off-win. Mitch Haniger made a game-saving, sliding catch down the right field line in the top of the 10th to give Seattle a chance in the bottom half of the inning.

Seattle and San Francisco play again tonight at 7:10 with Yusei Kikuchi going up against Johnny Cueto.