The post-season run for teams in the region hits a fevered pitch today with District Tournaments on tap.

The Big-9 District Play-In games are tonight with Davis at Eisenhower at 5:30. Wenatchee plays at West Valley starting at 7. Both games are win-and-go-on or lose-and-you’re-out scenarios. The winners of tonight’s games will face off Friday at 6 o’clock at the highest remaining seed.

Moses Lake has until Friday to prepare for its District Championship game at home against Sunnyside. That game will tip at 6 o’clock.

Wenatchee hosts Moses Lake and Sunnyside plays at Davis. We’ll have the Panthers and Chiefs on NCWLIFE Channel tonight with Grant Olson on the play-by-play beginning LIVE at 6 on Facebook. It will air on TV tonight following the Evening News at 6:30.

Eastmont is off until Thursday when it will travel to West Valley for the District Championship game at 6 o’clock. The winners of tonight’s Play-In games will meet Thursday t the highest remaining seed, also at 6.

The District 6 1-A Tournament wraps up at Eastmont High School tonight with a loser-out game between Okanogan and Omak tonight at 5.

The Omak and Okanogan boys will also meet in a loser-out game following the girls at 7:30 at Eastmont. The winner of tonight’s game will face the loser of tomorrow’s Northeast A District Championship between Deer Park and Freeman.

Cashmere’s off until Saturday when it will host the winner of tomorrow’s Northeast A District game between Newport and Medical Lake.

First up at 5 o’clock are the boys with Ephrata playing Prosser and East Valley of Yakima facing Ellensburg. Tonight’s winners will play tomorrow at 5 o’clock.

The girls will take the court after the boys at 7 o’clock tonight with Selah facing Toppenish and Grandview battling Prosser. The winners will play tomorrow night at 7.

First up at 3:30 it’s Liberty Bell and Oroville playing for 3rd and 4th. That will be followed at 6:30 by Brewster and Waterville-Mansfield facing off for the District Championship.

On the boy’s side of the Central Washington 2-B District Tournament at the Lake Chelan Community Gym, Oroville plays Liberty Bell at 5 tonight for 3rd and 4th. Brewster faces Lake Roosevelt at 8 for the District Championship.

In boys basketball, Cashmere’s Sam Phillips was selected the Player of the Year and his Coach Levi Heyen the Coach of the Year. Teammates Nate Phillips and Carter Alberts were 1st team selections. Chelan’s Cade Christopherson and Connor Wilson were selected to the 2nd team. Also 2nd team selections for Cashmere were Brooks Elliott and Reid Smith. Cascade won the Sportsmanship Award.

No surprise that Hailey Van Lith is the CTL girls Player of the Year. Chelan’s Rob Huddleston is the Coach of the Year. Cashmere’s Grade Erdmann and Grace Hammond were 1st team selections along with Chelan’s Booh Huddleston. Cashmere’s Riley Johnson and Chelan’s Katie Rainville were selected to the second team. And Cascade won the Sportsmanship Award.

It begins tonight and then is cloudy for the rest of the week at this point. We will have Wenatchee and Moses Lake boys tonight at 6 LIVE on our Facebook page and on TV at 6:30 with Grant Olson.

Thursday, we’ll have Wenatchee boys against the winner of Davis and Sunnyside at 6, IF the Panthers win tonight. If not, we’ll bring you Hockey Night with the Wild and Vernon from last Friday.

Friday will be a repeat of Hailey Van Lith’s record-breaking performance in Cashmere’s game against Omak for the District Championship at 7 o’clock.

Walker happy to be a Mariner again

As spring training continues for the Seattle Mariners, pitcher Taijuan Walker feels like he’s getting a second chance to start over. The 27-year old was signed by Seattle after missing the past two years following Tommy John surgery. When asked why he decided to return to the Mariners, he said it was a simple choice… 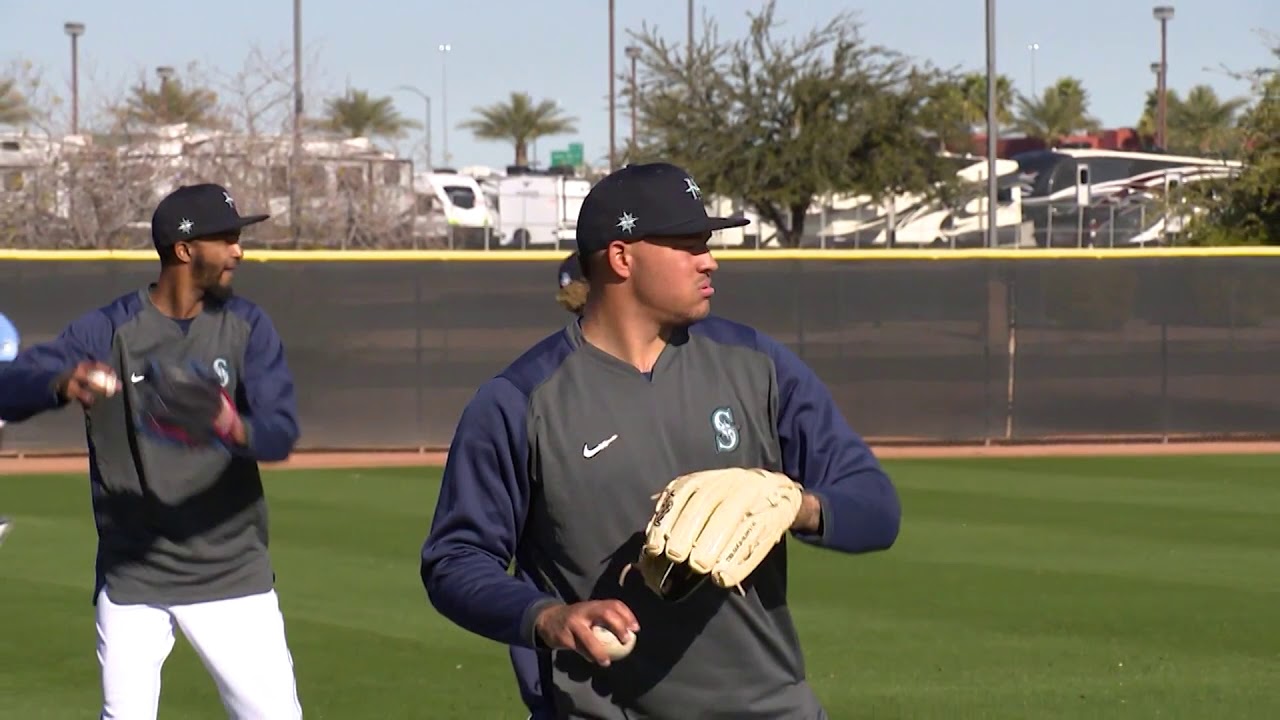 Walker reported to camp along with the rest of the pitchers and catchers last week. Camp will get crowded today and tomorrow with position players reporting. Seattle’s first Cactus League game against San Diego is this Saturday.