WENATCHEE – Jennifer Tyler, the Chelan County sheriff’s deputy who successfully sued her department for retaliation and then unsuccessfully ran for office against Sheriff Brian Burnett, has been fired from the force.

Tyler, 44, said she was informed of Burnett’s decision to fire her on Aug. 30, while she was visiting her ailing stepfather in Oklahoma. She has been on paid administrative leave since December 2018, while the sheriff’s office conducted five internal investigations of her professional conduct. She said Friday she will appeal her firing.

“I can’t say it wasn’t expected,” Tyler said, “but I can say wholeheartedly that I believe that I tried.”

Tyler has been a Chelan County deputy since 2006; this is her second dismissal from the force. The first time, when then-Sheriff Mike Harum fired her in 2010, she won reinstatement, and then won a civil lawsuit last year over her dismissal and a mishandled return to the force after Burnett became sheriff. That jury verdict awarded her $506,500 in damages from Chelan County, plus $449,000 in attorneys’ fees.

Tyler won a place on last year’s November ballot after a write-in campaign, and won just 35 percent of the vote against Burnett, who was reelected to his third term.

Tyler said she could not disclose the internal reports on her dismissal, but said the firing characterized her as “unrehabilitatable in the department.” During her campaign, she criticized Burnett’s handling of departmental issues, and disclosed an offensive Power Point slide that was used in a presentation to deputies on first aid and CPR. 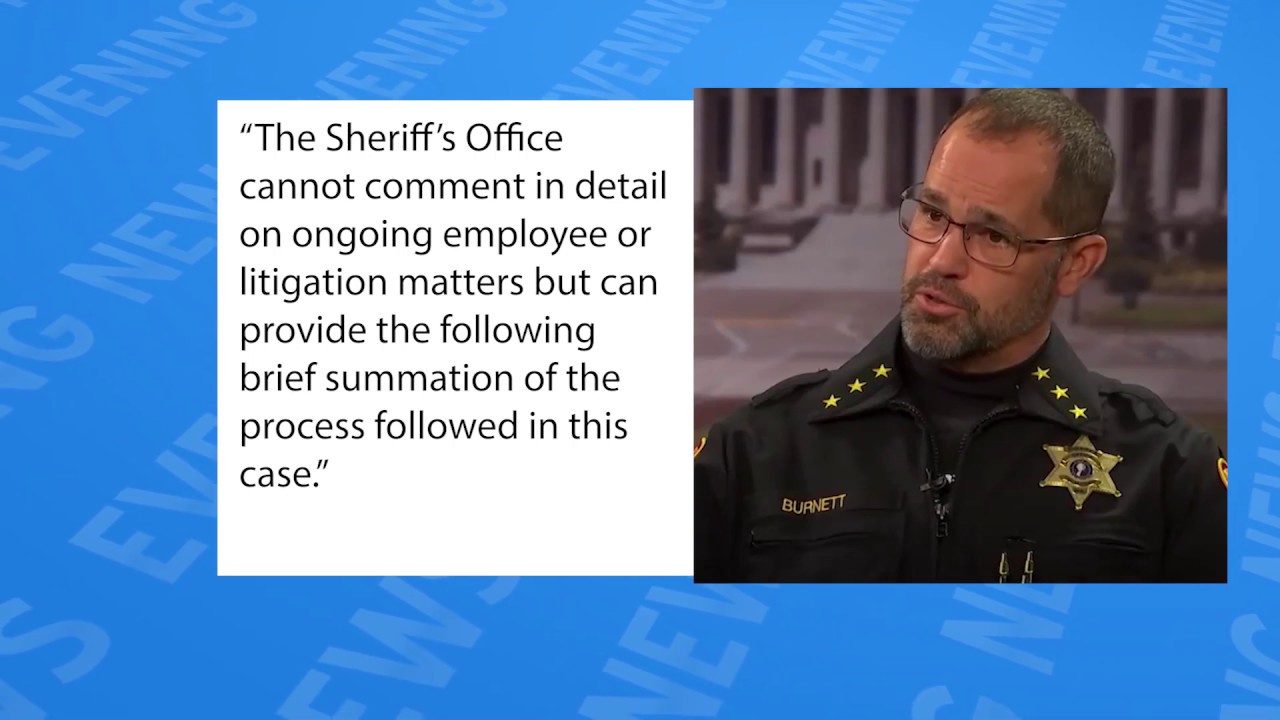 Burnett did not return a call from NCWLIFE seeking comment Friday morning, but in an afternoon press statement, he said outside investigators found evidence Tyler committed workplace policy violations in two instances. The Spokane County Sheriff’s Office was involved in the probe, he said, as well as the county’s human resources office.

Tyler said she will continue to seek reinstatement to the force, and hasn’t ruled out a run for sheriff in 2022.

“If I just quietly go away and say, ‘You boys don’t like me, let me just go do something else,’ what does that say for the next generation of people coming into the workforce?” she said.

In addition to her workplace appeals through the Chelan County deputies’ union, Tyler has an ongoing federal lawsuit against the department stemming from her latest firing.

New cases of COVID-19 in Chelan-Douglas counties at record high but numbers not growing...