Sunday night capped one of the most incredible NFL playoff weekends in league history, with Kansas City knocking off Buffalo in overtime 42-36.

Prior to overtime in the final two minutes of regulation, the lead changed hands 3-times and both teams combined for 25-points. Josh Allen chose “tails” in the overtime coin toss and it came up heads. He and the Bills would never touch the ball again as Patrick Mahomes found Travis Kelce for an 8-yard touchdown pass to end the game and put the Chiefs in the AFC Championship for the 4th season in a row.

Earlier Sunday, Yakima’s Cooper Kupp came up with two, dramatic catches in the final 42-seconds to set up a game-winning, 30-yard field goal as the Rams beat Tampa Bay 30-to-27. The late-second heroics foiled a dramatic comeback by Tom Brady. Trailing 27-3, Brady led the Buccaneers all the way back to tie the game with 42-seconds left. As it turned out, it was too much time for Matthew Stafford and Los Angeles.

Saturday’s games were no less dramatic as San Francisco surprised Green Bay, winning 13-10 on Robbie Gould’s 45-yard field goal as time expired. The 49ers won despite not scoring an offensive touchdown in the game. San Francisco tied the game with 4:41 left on a blocked punt recovery and return 6-yards for a touchdown.

The weekend began with Cincinnati rookie kicker Evan McPherson hitting a 52-yard field goal as time expired to give the Bengals an upset 19-16 win over Tennessee. Despite being sacked an NFL-record tying 9-times in the game, Joe Burrow led his team into position for the game-winning kick.

That sets up the Conference Championships this Sunday as Cincinnati travels to Kansas City for the AFC title at Noon on CBS. The Rams will host San Francisco at 3:30 on FOX.

The Seattle Kraken beat one of the best teams in the NHL Sunday, downing the Florida Panthers 5-3 at Climate Pledge Arena…

Seattle was held silent in the first period as Florida took a 1-nil advantage into the second. That’s when Marcus Johansson woke up the arena with his 5th goal of the season and it was a battle from there on out… 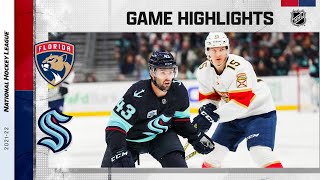 Sunday’s win helped heal the wounds of a 5-nothing pounding by St. Louis on Friday. Coach Dave Hakstol was very pleased with his offensive attack against the Panthers… 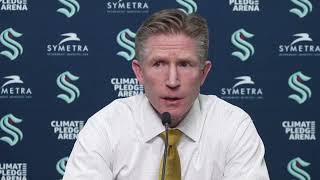 Seattle’s back on the ice Tomorrow night against the Nashville Predators. The 7 o’clock game can only be seen on ESPN-plus.

Newly-acquired forward Parker Murray got Wenatchee on the board 2:20 into the second period to break a scoreless tie. Garrett Szydlowski added another just over a minute later. The Bucks would come back to tie it heading into the third. That’s when Quinn Emerson gave Wenatchee the win… 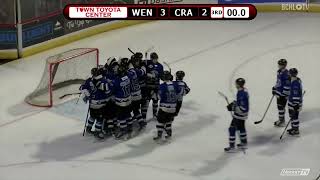 Things would not go so well for Wenatchee the following night at West Kelowna, as the Warriors got out to a big early lead and held on for the 7-4 victory. It was a good night, however, for Parker Murray… 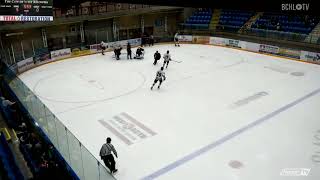 Parker Murray has 4-goals in his first three games as a Wild. Wenatchee hosts Penticton this Thursday, Friday and Saturday. Games Thursday and Saturday start at 6 with Friday’s game at 7:05. Get your tickets at www.WenatcheeWildHockey.com.

Northern Colorado edged Eastern Washington in a shootout Saturday 87-83. Washington was no match for Oregon Sunday in Seattle as the Ducks came out on top 84-56.

The Wenatchee Panthers will host the Davis Pirates at Wenatchee High School. We’ll have the girls game LIVE on Facebook at 5:45 followed by the boys game on TV LIVE at 7:30. The girls game will air on TV later at 10:30 on Friday. Eric Granstrom and Grant Olson will be courtside with your play-by-play.