Join host Dominick Bonny as he heads to East Wenatchee to speak with a man who fixes up old bikes and gives them away via local Facebook groups like Together Wenatchee. 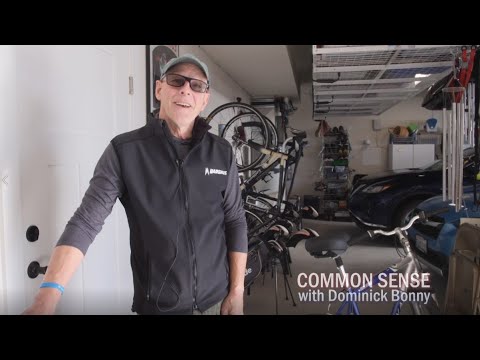 Hello and welcome to Common Sense, I’m Dominick Bonny and today we’re going to head to East Wenatchee and meet a local man named Van Brinkerhoff who fixes up old bikes and gives them away on Facebook groups in the Wenatchee Valley community. But first, I have to remark upon how the Wenatchee School Board races turned out. I actually went to the Chelan County Auditor’s office at the courthouse on Friday, November fifth to see the results as soon as they released them, and things turned out about how I expected. Let’s roll some of that footage.

Maria Iniguez kept the seat she was appointed to, which makes her the first Latina elected to the Wenatchee School Board. The first Latina. In 2021. In a district that is 50 percent Latino. Let that sink in for a minute. Half the students in the district are Latino and Maria Iniguez is the first Latina elected to the Wenatchee School Board, ever! She beat her opponent Matt Van Bogart by just 350 votes. He’s the guy who fat-shamed folks who have died of Covid at Central Washington Hospital. According to Matt, our friends and neighbors who succumbed to the virus did so because they were probably overweight and unhealthy, according to him and his friends. The guy who bullied his way through the campaign, told people to shut up, and refused to follow the rules, effectively helping shut down the August 24th Wenatchee school board meeting only lost by 350 votes. 350 people made the difference between Matt Van Bogart and Maria Iniguez. Think about that the next time someone says your vote doesn’t matter. Incumbent Julie Norton kept her seat by the hair of her chinny, chin-chin, winning by just 127 votes. Hardly a mandate. And Katherine Thomas eeked out a win over incumbent Michele Sandberg, unseating that her after gaining just 213 more votes. Like I said, none of these wins are anything even close to a mandate, and that’s actually a huge rebuke for the conservative candidates’ handlers, the party bosses in the Chelan County Republican party. See, they wanted to gain the three-person majority they would need to control the school board by proxy, but they failed to achieve their goal. Not only did they fail to take over the school board, but they also revealed that they have no respect for the norms of school board elections – most importantly the norm that these are supposed to be non-partisan races. This time around the Chelan County GOP threw all of that out the window and unabashedly backed Van Bogart, Norton and Thomas, revealing that they care more about a political party’s control over our school district than they do the students, teachers, and average families who rely on the district to provide quality educations and non-partisan employment. The GOP-backed candidates even had the help of the state Republican party and STILL couldn’t gain the majority they so desperately wanted. They might try to spin it as some kind of win, but there’s no question they failed. The only question left to answer at this point is this: will anti-masking enthusiast and new board member Katherine Thomas learn how to wear a mask before the next in-person board meeting, or will she be a Zoom-only board member? Time will tell…

Let’s leave the Wenatchee School Board in the rearview mirror for now and go to Van’s workshop, where he fixes up old bikes.

Stay tuned after the break for the rest of the interview.

Welcome back, let’s get back to my interview with Van Brinkerhoff, a retiree who spends some of his time fixing up old bikes to donate to those who can’t afford new ones.

When my wife and I started the Together Wenatchee Facebook group right after the Covid shutdowns and quarantine, we did that mostly to help people stay connected and support the business community, especially locally-owned restaurants and retailers. We had no idea that it would become a resource for a kind retiree to find homes for bikes he fixes up. Or that it would be a place where locals could coalesce around and support charities like the Little Free Essentials Pantries or Small Miracles, which do a lot to fight childhood hunger right here in the Wenatchee Valley. We started that group in part because we felt powerless and isolated and wanted to do something positive and impactful. Now it’s closing in on two years later and I am incredibly proud of what that Facebook group has blossomed into and the stories and connection that comes out of it. Van and his bike giveaways are just one thread in a rich tapestry of community that makes this valley a truly special place to live. But tapestries can fray and after time become threadbare and even tear. It’s important that we acknowledge and celebrate people like Van, it’s important that we maintain the strength of that tapestry, the strength of our community. That doesn’t mean we should not disagree or ignore the problems in our community. It means that we should endeavor to do so in a way that acknowledges the dignity of those with whom we may disagree. Like my friend and mentor, Earl Tilly likes to say: “You can disagree without being disagreeable.” I hope that this story and the experiences that some of the candidates running for the Wenatchee School Board had in this last election will help them understand and appreciate the concept of manners and decorum.