Seahawks Coach Pete Carroll met with reporters on Christmas Eve to discuss the signing of Marshawn Lynch. The former Seahawk running back was brought out of retirement Monday to help Seattle through its final regular season game Sunday and in the playoffs. 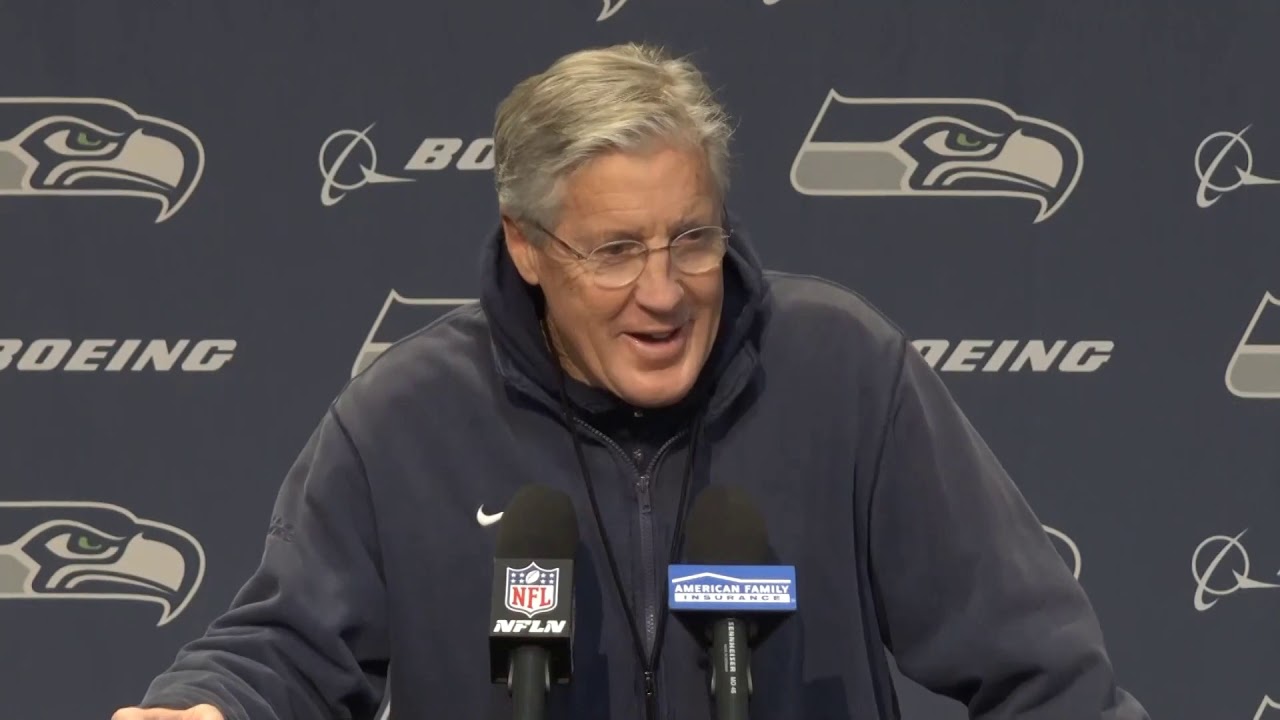 Seattle entertains San Francisco Sunday at 5:20 p.m. on NBC. The Seahawks could land anywhere from the #1 seed in the NFC to #5 pending Sunday’s outcome. A Seattle win combined with losses by Green Bay and New Orleans would give Seattle the #1 seed and home field advantage throughout the playoffs.