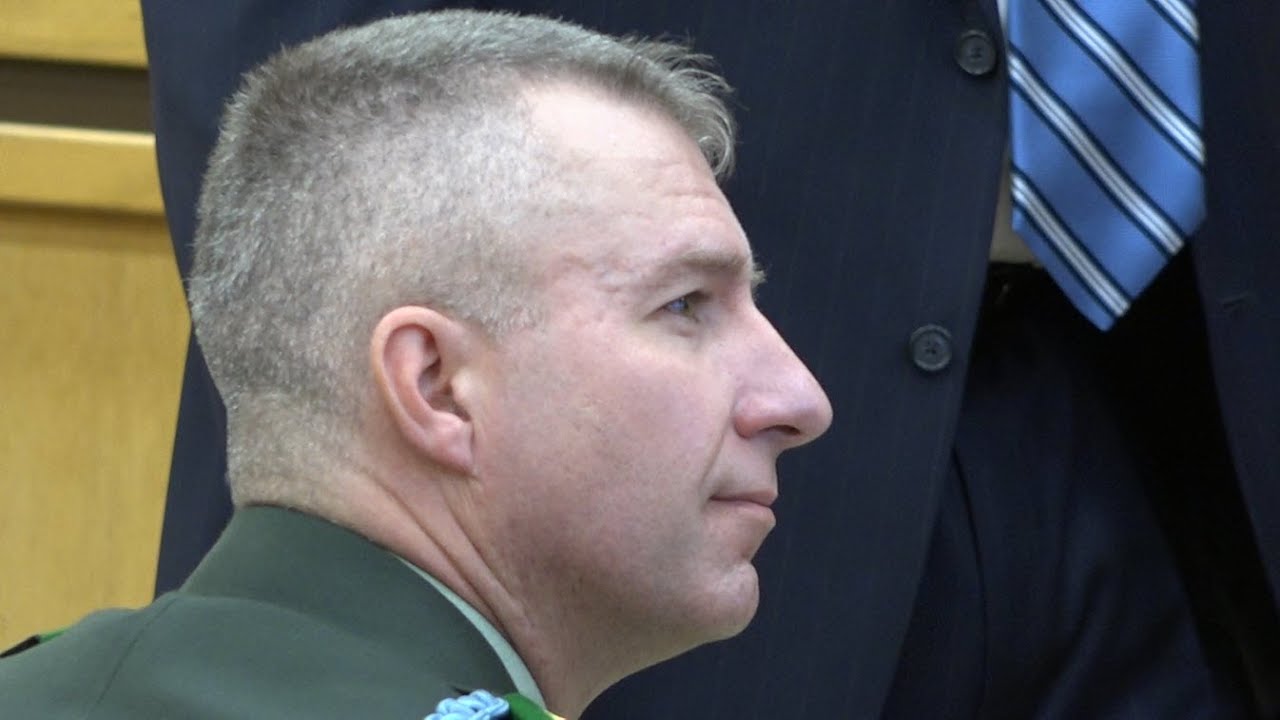 WENATCHEE — James Carl Brown must now wait for a jury to decide whether he was justified in firing gunshots in a confrontation with railroad workers near his home last year.

Brown, 45, is charged with four counts each of second-degree assault and unlawful imprisonment. He pleaded not guilty to the charges in Chelan County Superior Court, but admitted firing at least three rounds into the ground from an AR-15 rifle to warn a four-person BNSF crew off private property.

The late-night October 2018 confrontation left the crewmembers afraid to drive away from the BNSF right-of-way along Chumstick Highway, fearing Brown might fire on them for passing through private property again.

The crew was using a large BNSF boom truck to pull and replace railroad crossings along the line about 10:43 p.m. Oct. 23, 2018. Witnesses throughout the three-day trial testified Brown warned the crew of a large BNSF boom truck not to cross private land where he lived to reach the work sites. When the driver tried to pull the truck forward to turn around, Brown fired three to five rounds from an AR-15.

“What was the problem with the railroad workers driving right back out the way they came in?” chief criminal deputy prosecutor James Hershey asked when Brown took the stand Thursday.

“At that point, with the multiple trespasses that had already occurred that evening, I was not at all going to continue to permit them to continue trespassing on the property,” said Brown, wearing his staff sergeant’s uniform from the Oregon Army National Guard.

“Even though they wanted to leave?” Hershey said.

“They could leave backing up, sir, as they were directed to do so.”

Brown disappeared from the crew’s sight, and they radioed to fellow workers nearby for help. As sheriff’s deputies responded, a rail-line mainentance machine came along the BNSF route to evacuate the workers, leaving their truck behind.

Brown refused to meet with police when Deputy Lucas McComas first contacted him by phone. “He said he would not speak with us at the property,” McMComas said. “I asked if we could meet at the property line. He also said no, said we would need a warrant to come onto his property, and also said we were not allowed — when the workers were still on the property — to not come on to speak with them either.”

Testimony and county property records show Brown does not own the land where he lives. Members of a police tactical team later caught Brown at gunpoint outside his trailer home, still carrying the rifle.

Brown’s attorney Nick Yedinak said he’ll ask the jury to consider self-defense and acquit Brown of the charges. Brown told deputies the truck lurched toward him after he warned the workers off, prompting him to fire warning shots.

But three of the four occupants of the BNSF truck testified Brown was standing on the driver’s side of the vehicle when it began to move forward.

Judge Travis Brandt sent jurors home at the end of testimony Thursday afternoon, saying they should return Friday morning to begin deliberation. Brown, a Marine Corps veteran who’s served with the National Guard in Iraq and Afghanistan, won Brandt’s permission to wear his uniform at trial.

He has no prior felony record in Washington. If convicted, each count of second-degree assault carries a standard sentencing range of three to nine months in jail.