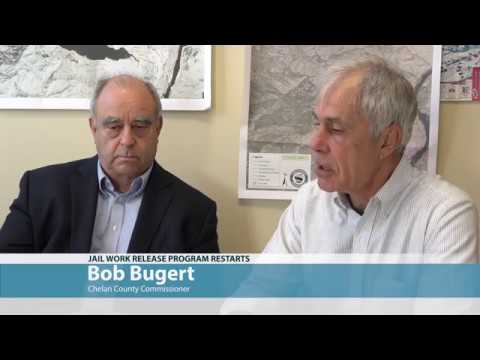 The Chelan County Jail work release program is back up and running following a brief curtailment due to staffing shortages.

Commissioner Bob Bugert says Jail Manager, Bill Larsen reported to the board that a limited number of inmates are now available for supervised work crews.

“Bill [Larsen] has come up with some approaches that he believes can be done out of the main jail that provides the appropriate level of security and safety for the jail population and the employees there to make it work,” Bugert said. “It’s a limited program right now, I think it’s nine people that they will take out at a given time to do it.”

Bugert added that he hopes they can grow the number of inmates participating as staffing levels increase.

The inmate work release program will continue to operate out of the main jail building until new safety and security upgrades are completed in the jail annex.