I took some time to head west last weekend to attend the Sportsmen’s Show in Puyallup. While there, I ran into a familiar face… 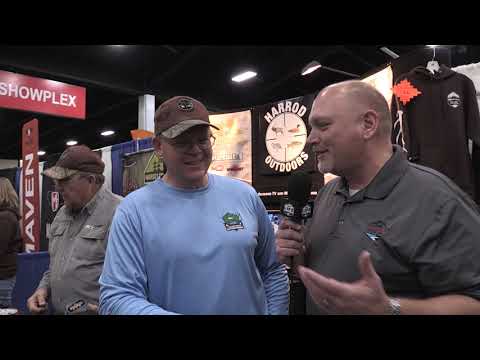 In the world of sports, we have a few scores to pass along from Monday…

Kim Aiken, Junior scored 20-points, including the go-ahead 3-pointer in overtime, to lead Eastern Washington to an 89-84 win over Northern Colorado.

The Lady Eagles weren’t so fortunate, however, as Alisha Davis scored a career-high 21-points to lead the Golden Bears over Eastern 63-42.

Cashmere to honor Kobe with Purple and Yellow Night

Coming up tonight on the prep schedule, Cascade travels to Warden; Chelan hosts Okanogan; Omak is at Cashmere as the Bulldogs recognize Kobe Bryant by asking fans to wear Laker’s colors; and Entiat travels to Cascade Christian at 5:45. Manson is at Liberty Bell at 6 o’clock.

On the boy’s side tonight, Cascade plays at Warden at 7:15. That’s also the same start time for Cashmere and Omak at Ron Doane Memorial Gymnasium as well as Okanogan in Chelan. Coming up at 7:30, Liberty Bell hosts Cascade while Entiat plays at Cascade Christian.

The ladies were hosting Sunnyside at Eastmont Lanes. At Lake Bowl in Moses Lake, the Chiefs were also wrapping up the regular season with a match against Eisenhower.

On the wrestling mats tonight…

In the CWAC tonight, Quincy hosts Othello while Ephrata travels to Wapato at 7 o’clock.

Wenatchee Wild have busy week ahead

Here’s the lineup for the Wenatchee Wild this week…

It begins tomorrow night in Vernon where the Wild take on the Vipers at 7 o’clock. Then on Friday, Wenatchee plays at Trail starting at 7. Finally, on Saturday, Wenatchee returns home for Guns N Hoses Night at the Town Toyota Center as the Coquitlam Express come to town at 7:05.

We’ll have Wenatchee and Eastmont girls bowling at 7 o’clock.

Then on Thursday, Hockey Night features the Wild and Surrey at 7 followed by Eastmont and Wenatchee wrestling at 9.

Grant will be at Eastmont High School Friday night where the Wildcats host Moses Lake with the girls at 6:30 and boys at 8.

Then we’ll be at Wenatchee High Saturday night for the Panthers and Eastmont Wildcats with the girls at 5:30 followed by the boys at 7:30. It’s also Hall of Fame night at Wenatchee High, so we’ll bring you that ceremony between the games as the Panthers induct Dillon Sugg, Isaiah Brandt-Sims and Jay Young.