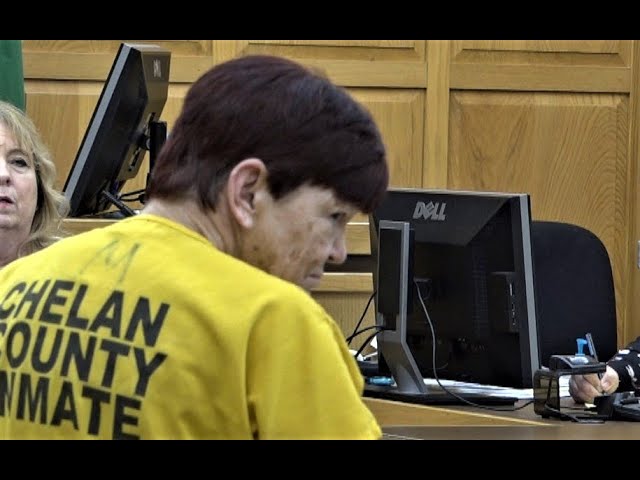 Chelan County sheriff’s deputies say Jones admitted attacking her mother at about 2 a.m. as she left the bathroom – bludgeoning her with a statuette, strangling her, and stabbing her three times with a steak knife. Asked why she’d killed her 96-year-old mother, Jones allegedly said, “I guess I must have hated her.”

Deputies said Jones also admitted to painkiller addiction, and said she heard voices in her head. Jones is the listed owner of the house in the 400 block of Pioneer Avenue where the killing occurred. State records show both women used the address on their voter registration.

In court Monday,  Jones’ relatives told Brandt they tried twice in the last week to get her involuntarily committed.

Prosecutors are likely to charge Jones with first-degree murder. It’s the first case of murder in Chelan County since 2017.