Multi-sports star Grace Erdmann has decided to stay close to home to continue her basketball career.

The Cashmere senior signed a letter of intent to become a Wenatchee Valley Lady Knight this fall. Erdmann was a 4-year starter on Cashmere’s dominant basketball team. She helped lead the Bulldogs to a 48-and-oh league record and 95-and-7 overall mark in her four seasons. She was a three-time 1st Team All-Caribou Trail League selection and First Team All State selection last year.

Coaches and staff members of the Seattle Mariners were told this week that they will lose money, but still have a job…

The team informed their personnel working under uniform employee contracts that certain employees will have a five-month reduction in pay, but there will be no furloughs or layoffs through the end of October.

The pay reductions of at least 20-percent are for staff making 60-thousand dollars or more. The contract covers major league coaching staff, coaches and coordinators in the minor league system, scouts and performance coaches.

Those with larger salaries are expected to take a cut more significant than 20-percent. The team had previously told employees working under the contract that they would receive full pay through May 31st in light of the coronavirus pandemic.

An article in today’s Yakima Herald says one of 13 elk in the Yakima herd captured earlier this year had early-stage elk hoof disease. It’s the first case in the Yakima herd and second in all of Eastern Washington. The wildlife department chose to euthanize the infected elk to reduce potential spread. Margaret Wild, WSU’s lead scientist for the study of the untreatable disease, agreed.

She said, “when you catch just 13 animals and one of them has a lesion it makes you think that’s likely not the only animal with a lesion in the herd. Obviously, the disease is much more widespread than we’d realized previously.”

In our state, confirmed cases of elk hoof rot have been found in all 10 herds except the Colockum herd in Kittitas County and the Selkirk herd north of Spokane.

Hunters and wildlife watchers are encouraged to report any signs of hoof rot disease to the State Department of Fish and Wildlife.

Washington State University, like everyone else, is hoping the pandemic allows for a full, 12-game football season this fall for the Cougars. But just in case, the school is preparing season ticket holders for the worst…

The school’s ticketing website posted a message to season ticket holders yesterday that they’ll have three options if the football season is impacted by the pandemic.

One, they can donate the tickets and parking to the school as a gift, which is tax-deductible.

Or three, they can get a refund.

The message to Cougar fans comes a day after the California State University system announced it would be reverting to mostly online courses this fall, potentially harming the five football-playing members that fall under the CSU tree: San Diego State, Fresno State, San Jose State, Cal Poly and Sacramento State. In addition, UCLA, Cal and UC-Davis plan on only a partial reopen this fall.

2018 was a special year for the Wenatchee Wild. It was “Year Ten in the Den.” The 10th season of amateur hockey at the Town Toyota Center.
The Wild finished 3rd in the Interior Division of the BCHL that year, but were gaining momentum towards the playoffs.

In the first round, Wenatchee swept Merritt in four games. Then they ousted Vernon in the second round in a hard-fought, six-game series. They dusted Trail in five games and then faced Prince George in the Fred Page Cup Finals…

On tonight’s Hockey Night on the NCWLIFE Channel, we bring you Game 5 between the Wild and Spruce Kings at the Town Toyota Center. This Great Game of our Past was truly fantastic as the Wild gave Wenatchee something it never had before…a championship… 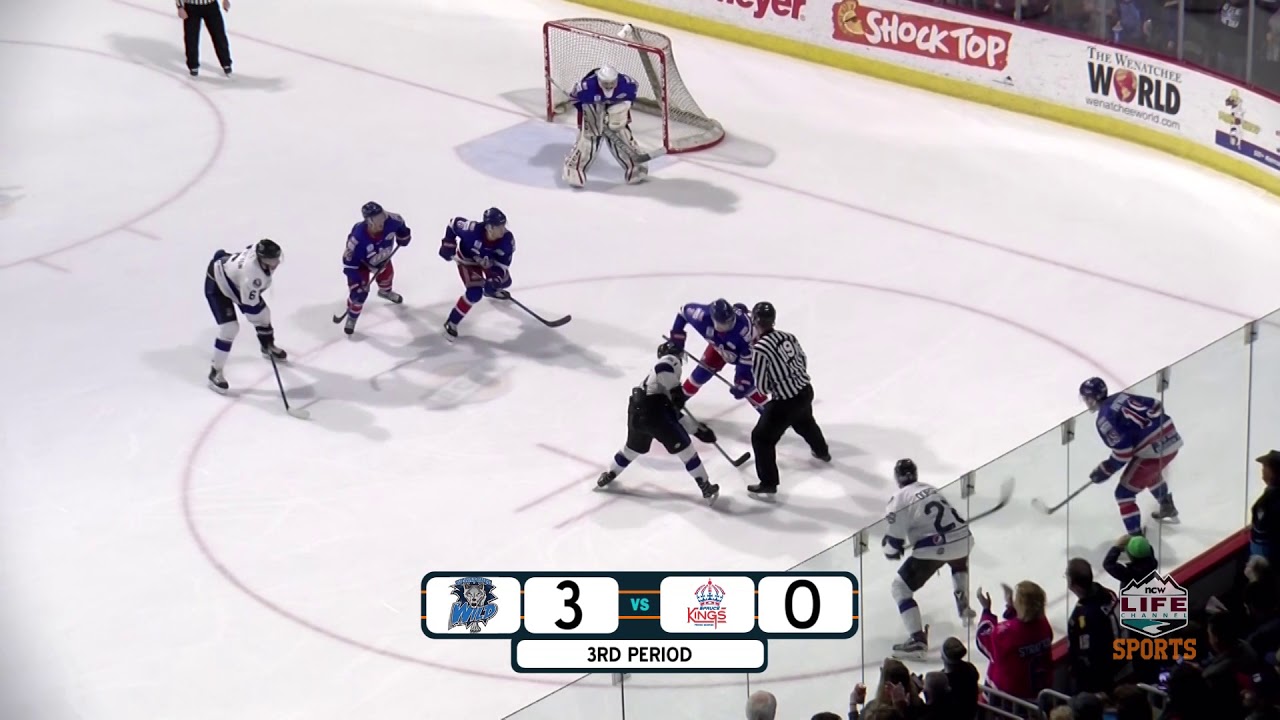 Our buddy Arch Ecker had the thrilling call on the Wenatchee Wild Hockey Network. Be sure to watch the game in its entirety tonight at 7 here on the NCWLIFE Channel.

And here’s the schedule for the rest of the weekend with a girls soccer match tomorrow night from a frigid night last October when Cashmere hosted Cascade. That’s a 7 o’clock.

Then on Sunday at 1:30, it’s Wenatchee and Moses Lake baseball from May of 2017 at Recreation Park. That’s followed at 6:30 by the AppleSox and Portland Pickles from last July.

Sunday’s lineup has Eastmont girls soccer in the state tournament from last November against Mead at 2 o’clock, followed by the Wenatchee Wild and West Kelowna at 7.