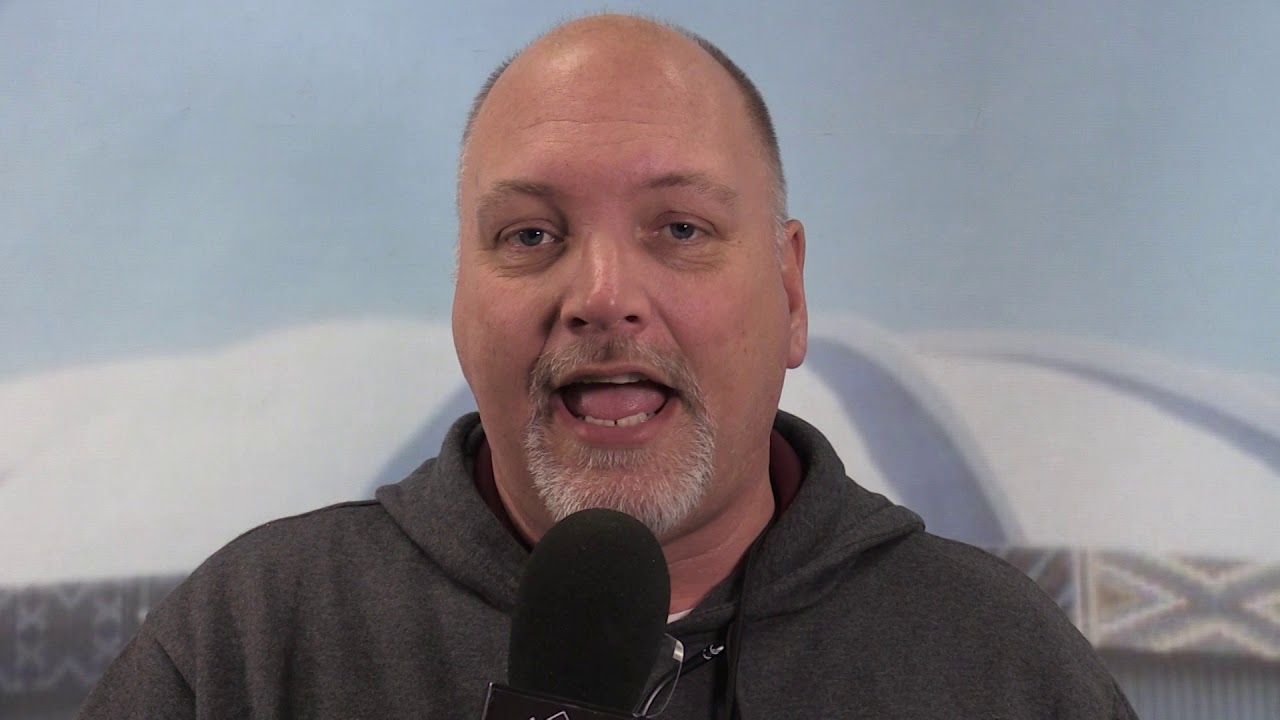 The only time the Bulldogs trailed in the game was in the first few minutes as the Gators claimed a 4-0 lead. That’s when Cashmere went on a 17-to-4 run to end the quarter. The Bulldogs extended the lead to 22 at half, outscoring Annie Wright 22-11 in the 2nd quarter.

Cashmere Coach Brent Darnell said he had specific things he asked the girls to focus on and they delivered. The Cashmere defense held the Gator’s Julianna Walker to just 8-points through three quarters, something Grace Hammond was happy to accomplish.

Hammond collected three, first-half three-pointers en route to 13-points. Riley Johnson connected on three three-pointers of her own in the second half and also finished with 13. Hailey Van Lith led the way with 23-points, getting a chance to sit out most of the 4th quarter. Darnell says it was important to rest his starters.

Cashmere will face La Salle in the semifinals tonight at 7:15, which we’ll carry LIVE on the NCWLIFE Channel. Coach Darnell says they’re very familiar with the Lightning.

The Cashmere boys survived the consolation bracket today by downing Meridian 62-56. The Bulldogs were able to handle the Trojan’s press in the back-court and zone defense on the offensive end.

Carter Alberts led the way with 17-points while Brooks Elliott chipped in 15. Coach Levi Heyen was very pleased with the way his boys stepped up and handled the pressure, especially Alberts and Elliott.

Cashmere will play against River View Saturday morning at 8 a.m. for either 4th or 6th place. NCWLIFE will have the game LIVE on TV. You can watch the game on-line by going to www.NFHSNetwork.com.

ACH and Lake Roosevelt to play on Saturday after Friday victories

In other boy’s play Friday…

Almira-Coulee-Hartline stayed alive with a 69-46 win over Muckleshoot Tribal. The Warriors will play for 4th or 6th Saturday at 8am against Oakesdale in the State 1B Tournament in Spokane.

Brewster will play in the semifinals tonight at 9 o’clock against Saint George’s.

Ellensburg advances while Moses Lake’s season comes to an end

Ellensburg bounced back in the 2A Tournament Friday with a 52-46 win over Port Angeles. The Bulldogs will face East Valley of Yakima Saturday for 4th or 6th.

Moses Lake’s season came to an end Friday, falling to Issaquah 68-57 in the State 4A Tournament in the Tacoma Dome.

Cashmere and La Salle play for in the 1A semifinals tonight at 7:15. You can watch it LIVE on NCWLIFE Channel TV or stream it via www.NFHSNetwork.com.

Lady Knights win but NWAC Tournament is then postponed

The Wenatchee Valley Lady Knights got off to a great start at the NWAC Tournament in Everett Thursday, defeating Tacoma 70-to-48…

WVC knew it would be facing Mount Hood in the quarterfinals today, but that wasn’t to be. During the 3rd game of the tournament, the host site decided to close its doors due to a student being tested positive for the Coronavirus. The game was allowed to be finished with North Idaho defeating Lower Columbia 53-50, but then the tournament was suspended.
NWAC Executive Director Marco Azurdia says they hope to resume the tournament in a week or so, but many logistics still need to be figured out, including a possible new site.

The Wildcats will face Alaska Anchorage in the semifinals tonight at 7:30.

On the men’s college schedule tomorrow, Eastern Washington hosts Weber State at 2:05. Washington State plays at Arizona State at 3:30 on the Pac-12 Network. And Washington tips at Arizona at 7 o’clock on ESPN.

Wenatchee is down 3-games-to-1 in its best-of-seven series against the Vipers with Game 5 tonight at 7:05. A win would push the series back to Vernon on Sunday at 2 o’clock. If necessary, Game 7 would be back in Wenatchee next Tuesday at 7:05.

M’s shut out by Padres

The good news for the Mariners was the start of Yusei Kikuchi. He went three scoreless frames, allowing no-hits with 5-strikeouts. Seattle travels to Glendale to face the Dodgers tonight at 5:05.