With temperatures plummeting into the low 20’s, the Bulldogs erased a 1-nil halftime deficit to beat Cascade 6-3 to claim the regular season Caribou Trail League Championship. The two teams will play for the District title Saturday in the Apple Bowl at 6 o’clock.

Sebastian Moraga and Matt Wisen had the call last night, here on the NCWLIFE Channel… 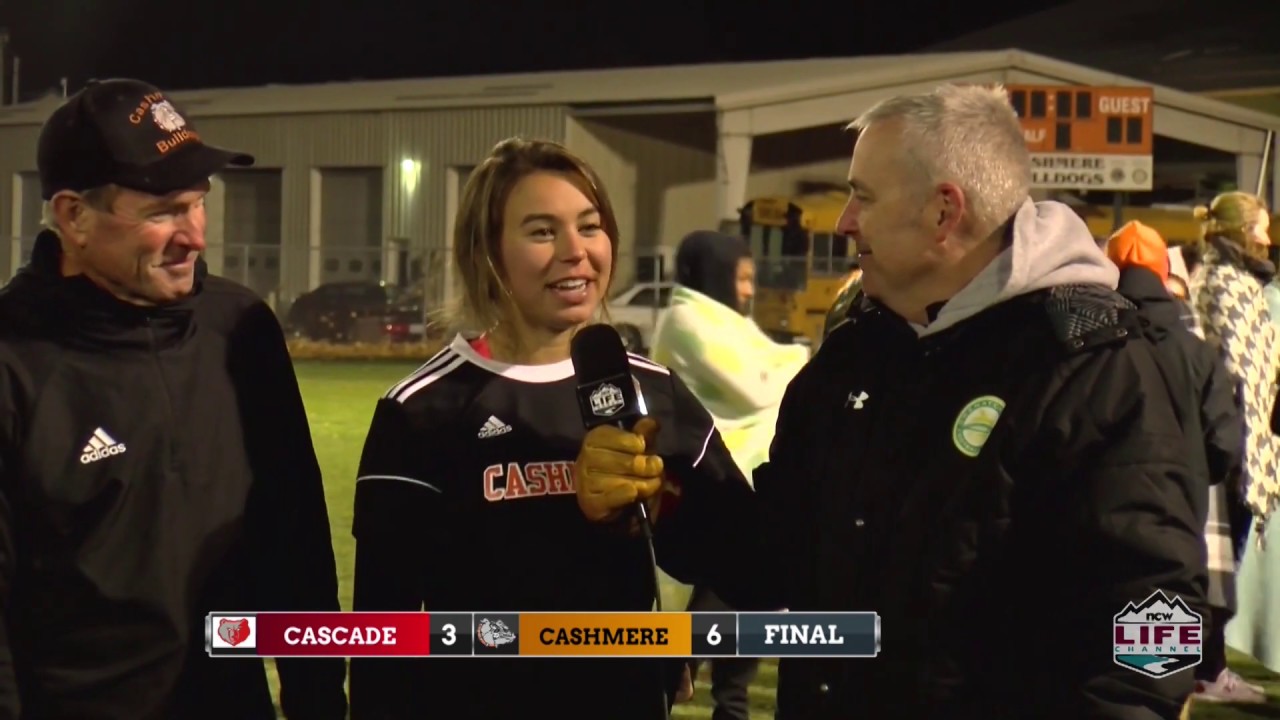 Also in girls soccer last night it was the first round of the CWAC District Tournament. Ephrata advanced to the semifinals with a 5-0 win over East Valley of Yakima. The Tigers will face Ellensburg Thursday at 5. Quincy’s season came to an end, falling to Othello 4-1. The Huskies advance to face Selah Thursday at 5 in the semifinals.

In other action, Davis pulled the upset and beat Moses Lake 3-2 last night. Wenatchee blanked Eisenhower 3-nil. The Panthers finish the regular season 9-and-3. Eastmont is 9-and-2, while Moses Lake is 8-and-3 with the Wildcats hosting the Chiefs Saturday LIVE on the NCWLIFE Channel at 1 o’clock.

An Eastmont win would give the Wildcats the Big-9 League title outright. A Moses Lake win would put three teams in a tiebreaker scenario involving a convoluted point system.

Wenatchee beat Eisenhower 3-games-to-1 to finish the Big-9 schedule 10-and-2 and firmly in second place. The Panthers will travel to West Valley for the District Championship next Saturday at Noon.

Moses Lake swept Davis 25-20, 20 and 22 and will host Eastmont tonight at 7. The Wildcats will host the Pirates next Tuesday in a District Play-In game. The Chiefs will either host Eisenhower or play at Ike in the Play-In game Tuesday pending the outcome of tonight’s match with Eastmont and the Cadet’s match with Sunnyside Thursday.