It was the first-ever Bobblehead Night last night at Paul Thomas, Sr. Stadium as the first 400 fans into the park received a free Bobblehead resembling Wenatchee’s mascot “Coyote”. 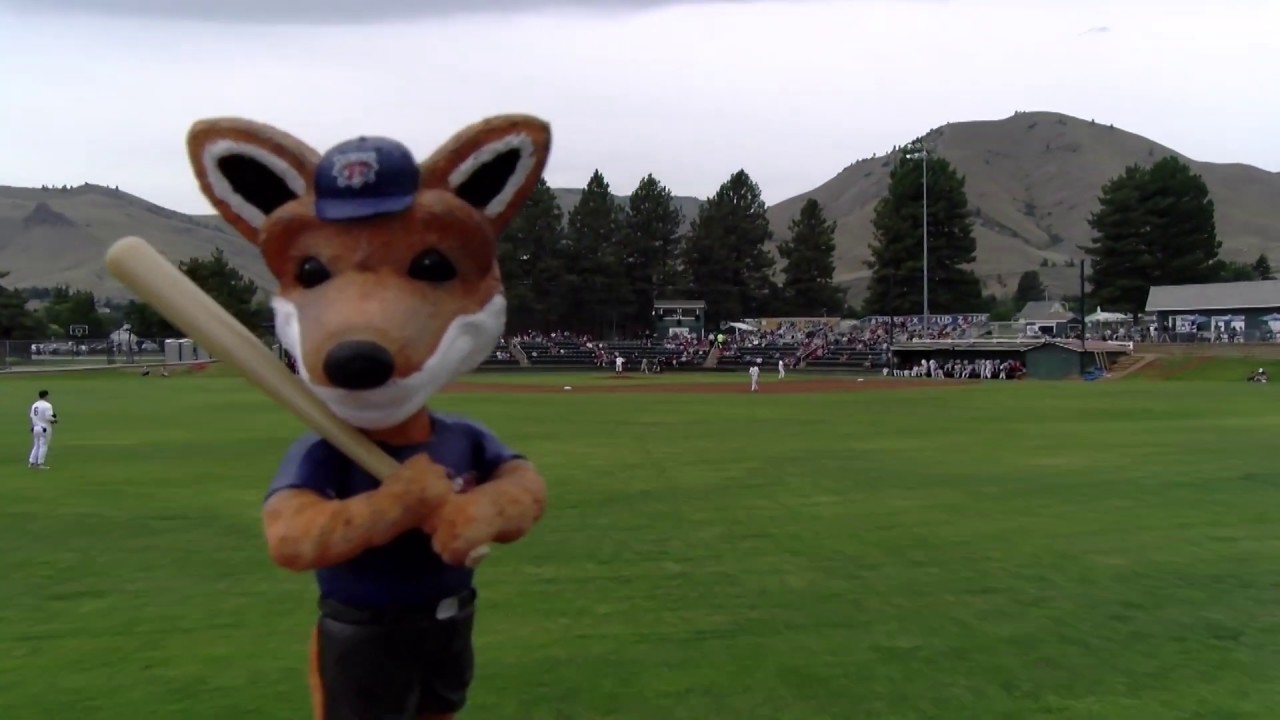 The game proved to be a tight affair, with the visiting Bend Elks taking a lead in the third… 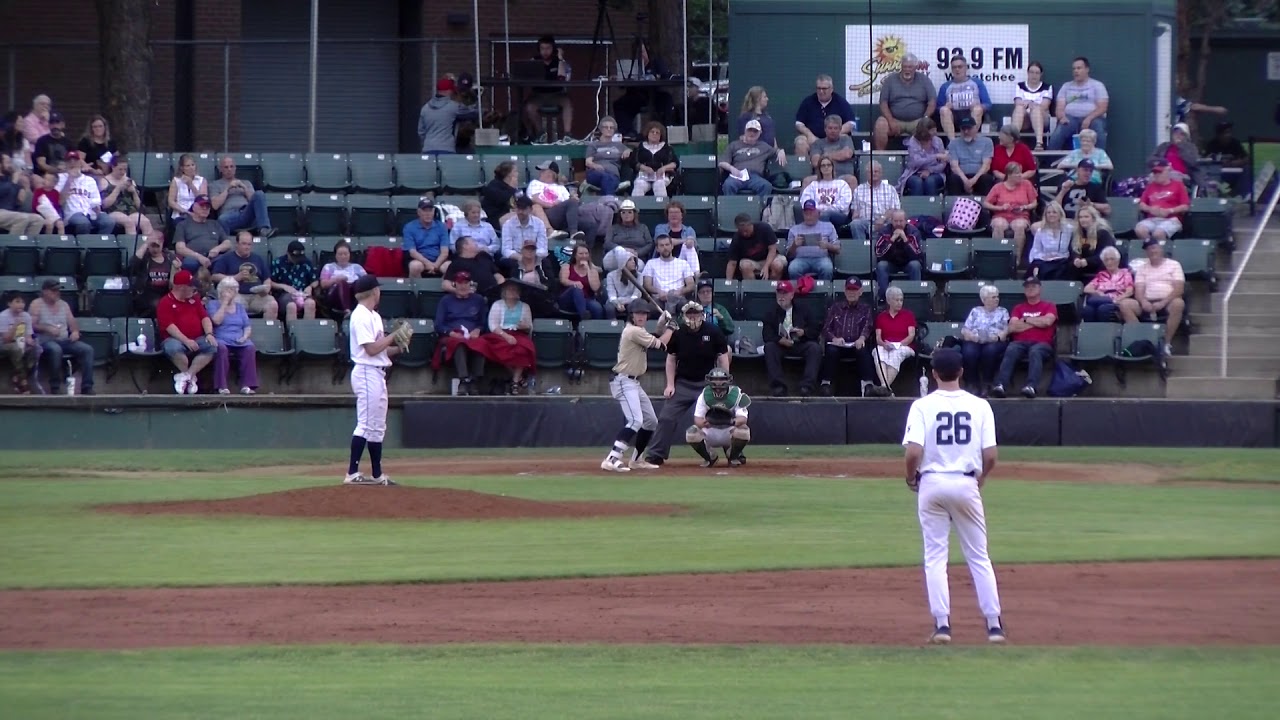 Nico Burgarello lead off with a single on a sharply-struck ball to centerfield. Jake Jarvis followed with a ground ball that got through AppleSox second baseman Kody Kolden and into left field. That’s where Johnny Sage threw wildly to first to allow Burgarello to get to third base. One batter later, Chase Fernlund lifted a single to left-center to score Burgarello.

Wenatchee tried a two-out rally in the 4th on a LONG triple off the bat of Hunter Montgomery that almost took out our cameraman, Eric Granstrom… 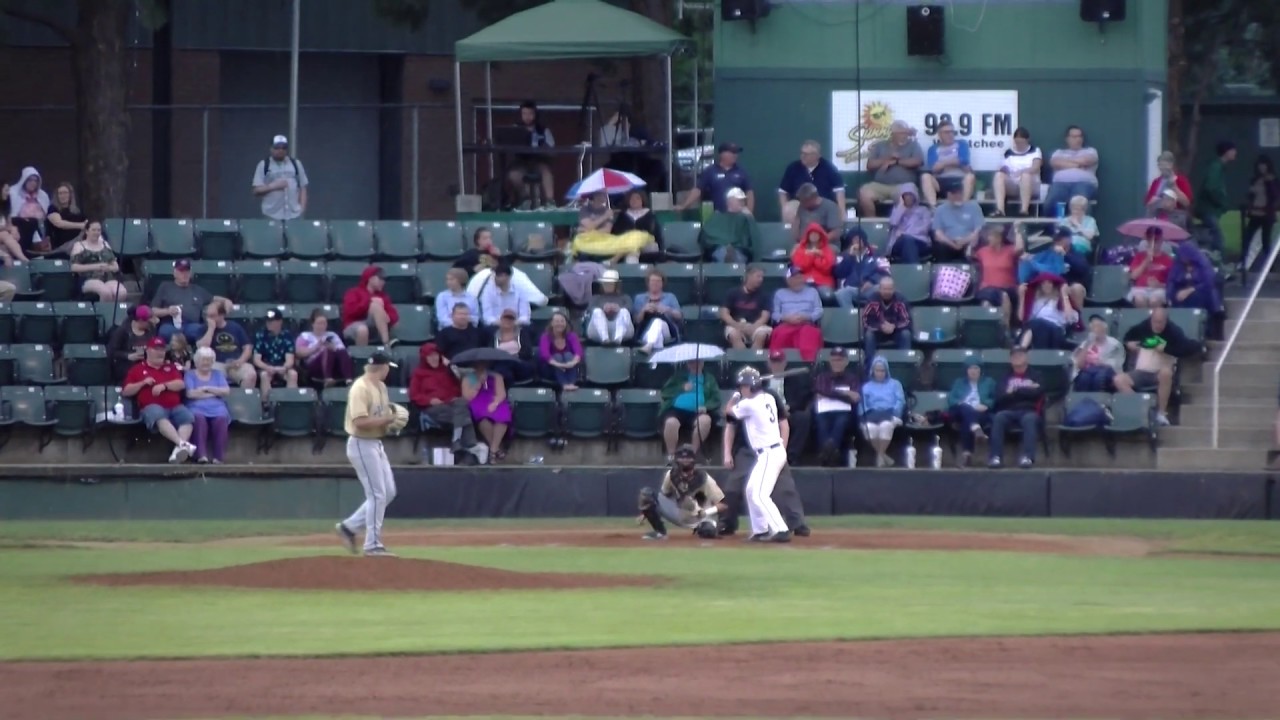 The game would remain 1-0 under a light drizzle until the 5th inning, when Bend’s Brad Morgan stepped up with a runner aboard against Wenatchee starter Sam Wyatt… 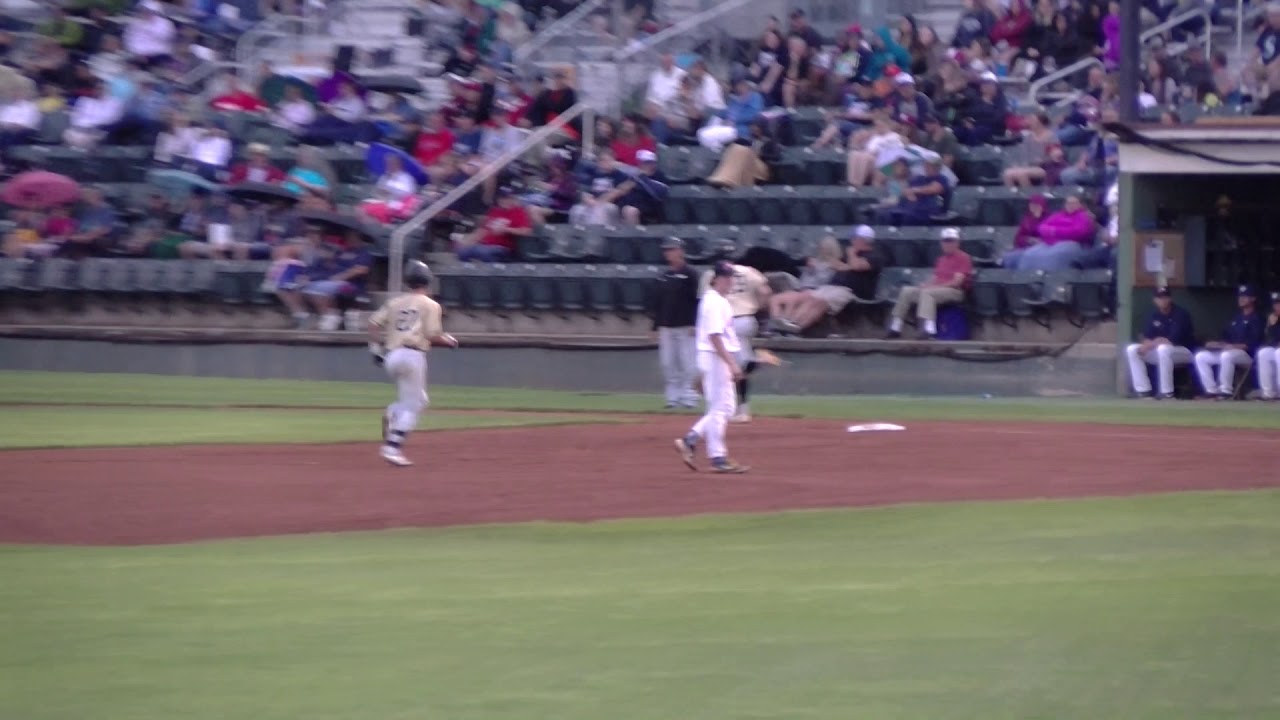 Wenatchee got on the board with a bases-loaded hit batsman in the bottom of the fifth to cut the lead to 3-1. The teams would trade runs in the 7th to make it 4-2, which is where it would end up…

Johnny Sage went 2-for-2 with a run for the AppleSox, who had its two-game winning streak snapped with the loss. Sam Wyatt took the loss, going 5-innings and allowing 3-runs on 4-hits with 3-strikeouts and 1-walk.

Jason Willow’s RBI single in the bottom of the 8th broke a 2-2 tie and Victoria went on to beat Ridgefield 3-to-2. Kyle Harper went 2-for-3 with a home run and double with 2-RBI’s for the HarbourCats.

Port Angeles scored three-runs in the bottom of the 8th, helped by a huge error committed by Corvallis, and the Lefties ended the Knights’ 16-game winning streak 6-to-3.

Walla Walla came from behind to score 3 in the 8th and 2 in the 9th to beat Bellingham 11-7. Chazz Martinez led the way for the Sweets, going 2-for-2 with three walks, 3-Runs and 3-RBI’s.

In non-league play Tuesday, James Arakawa broke a 7-7 tie in the bottom of the 8th with a 2-run single as Cowlitz beat the Northwest Honkers 9-7.

Tanner Parker was 3-for-5 with 2-runs and 3-RBI’s to lead Yakima Valley past Cascade Collegiate 11-9.

Portland’s game against Perth was suspended in the bottom of the 2nd because of rain.

After a record-setting Home Run Derby Monday, the Major League All-Star game in Cleveland was all about pitching as the American League edged the National League 4-3…

Cleveland’s Shane Bieber struck out the side in the 5th and was awarded the game MVP. American League pitchers held the National League lineup to 3-runs on 5-hits with a record 16-strikeouts.

The A-L got on the board first on an RBI double by Houston’s Michael Brantley in the 2nd. The American League went up 2-nothing in the 5th on an infield groundout by Minnesota’s Jorge Polanco.

The National League got on the board in the 6th inning on a solo home run by Colorado’s Charlie Blackmon. But the Junior Circuit got a run back in the 7th and another in the 8th on a solo shot by Texas’ Joey Gallo.

Pete Alonso followed up his heroics in the Home Run Derby with a 2-run single in the 8th, but that’s as close as the Senior Circuit could get.

Seattle’s Daniel Vogelbach pinch hit in the 6th inning, flying out to left field off Braves right-hander Mike Soroka for the final out. “Vogie” said afterward, “My main goal was to have fun. It’s something I will never forget. Just getting in the game and getting an at-bat, it was really cool and something I’ll never forget.”

Seattle gets back to action Friday in L-A against the Angels. Mike Leake will get the start for Seattle. Los Angeles has yet to announce its starter for the 7:07 game.