Eastmont beat an upset-minded Moses Lake team Friday 66-21. The win boosted the Wildcat’s record in the Big-9 to 4-and-1, tied with Sunnyside behind the 5-0 Wenatchee Panthers. That means Thursday’s Bridge of Sportsmanship game has a lot riding on it.

On Friday, Eastmont recovered from a sluggish start to put up over 600-yards of offense in its big win over the Chiefs. Austin Popoff scored three touchdowns on the ground while quarterback Carson Everhart threw for three others. 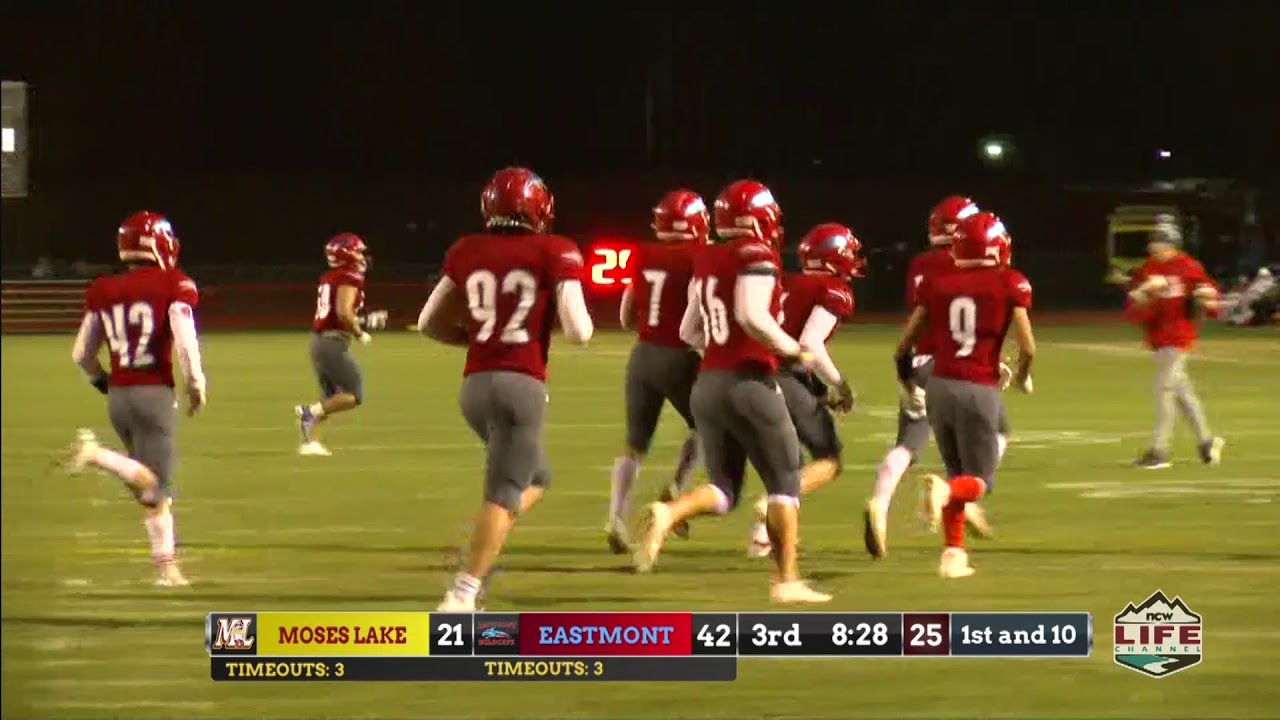 Wenatchee, without running back Nate Blauman due to back spasms, fell to Walla Walla 28-21. Sunnyside beat Davis 28-6 and West Valley topped Ike 57-12.

That’s sets up a HUGE game for the Bridge of Sportsmanship Thursday at Eastmont. A Wenatchee win would give the Panthers the Big-9 Title and #1 seed to State. An Eastmont win would force a mini-playoff Saturday in Moses Lake between Wenatchee, Eastmont and Sunnyside.

We’ll be LIVE with our pregame show at 6:30 Thursday with Eric and Grant. Kickoff is at 7. Presale tickets are available right now at the athletic offices at either high school.

Omak beat Okanogan in the Back Yard Brawl 41-13 so Cashmere still heads to State with the #2 seed out of the Caribou Trail League. The Pioneers are league champs. And Chelan fell to Riverside 28-21.

Ephrata and Quincy end with wins

In the Central Washington Athletic Conference, Ephrata and Quincy ended their seasons with wins Friday. Othello and Toppenish advanced Saturday while Prosser beat Ellensburg for the District Title 32-24.

First, it was a battle for the regular season Big-9 title between Moses Lake and Eastmont. The Wildcats staked an early lead, but the Chiefs came storming back to force two overtimes before it was settled.

Eric Granstrom, Matt Wisen and Neil Oyston had the call on the NCWLIFE Channel… 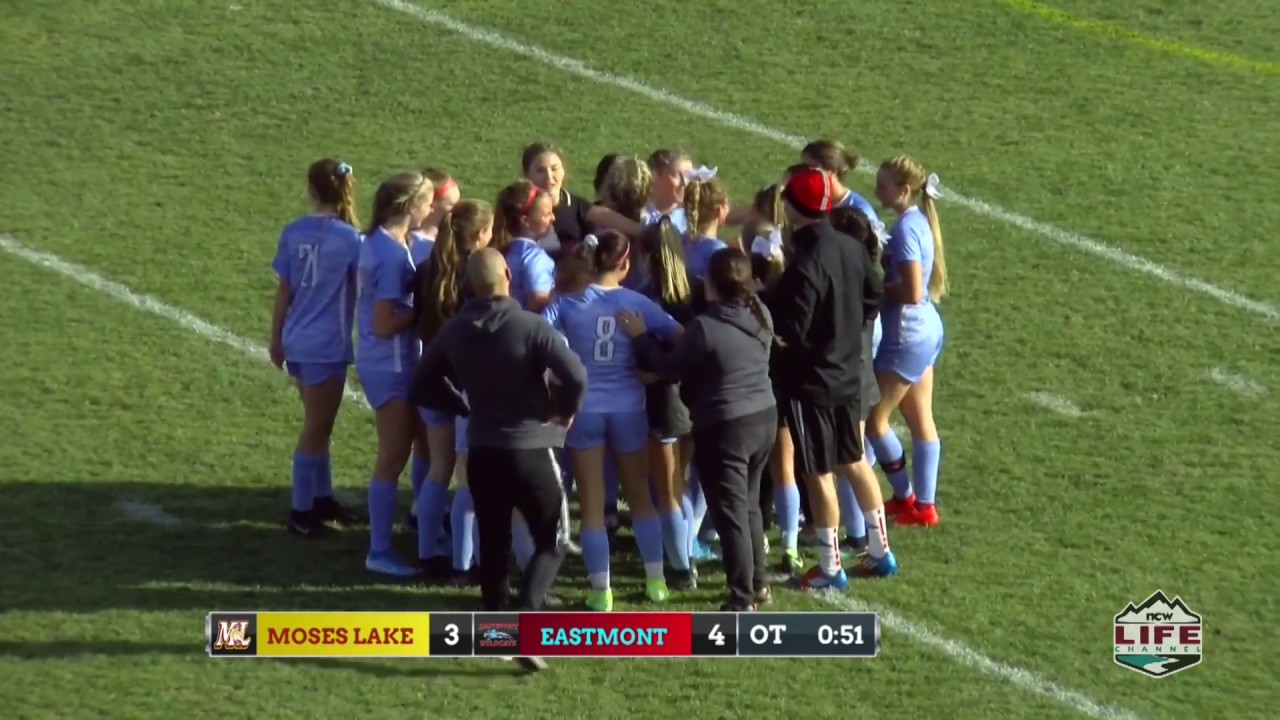 Eastmont will host Wenatchee Wednesday at 6 for the District Championship, which we’ll have here on the NCWLIFE Channel.

Also Saturday, Cashmere and Cascade locked into a classic battle for the District 6 1-A Championship with the Kodiaks coming out on top 5-4 in a shootout. Chelan’s season came to an end, falling to Okanogan 4-nil. Now Cashmere will host Okanogan tomorrow at 5 o’clock for a chance to advance to the crossover games.

Wilson threw for 378-yards and five touchdowns, two to Hollister, two to Tyler Lockett and another to DK Metcalf. Seattle next travels to the Bay area to take on the undefeated San Francisco 49ers a week from tonight.

Huskies drop to 5-4 with loss to Utah

Washington dropped to 5-and-4 with the loss.

Michael Roots rushed for 196-yards and a touchdown to lead Central Washington to a 27-24 road win at Azusa Pacific.

The Wenatchee Wild got back on the winning track over the weekend at the Town Toyota Center, sweeping two from the Merritt Centennials…

On Friday, captain Nick Cafarelli got the Wild on the board first in a 5-2 victory. Drake Usher, Harrison Scott , Brian Adams and Hunter Hastings also scored for Wenatchee.

Wenatchee continues its homestand with Penticton in town this Friday and Saturday.