The Mariners are in Houston to take on the defending American League Champion Astros. Of course, Houston came under fire following the World Series last year and was found to have been cheating, stealing signs and alerting batters by banging trash cans in the dugout. Seattle Opening Day starter Marco Gonzales is focused on getting the win and not exacting any kind of retribution on the Astros… 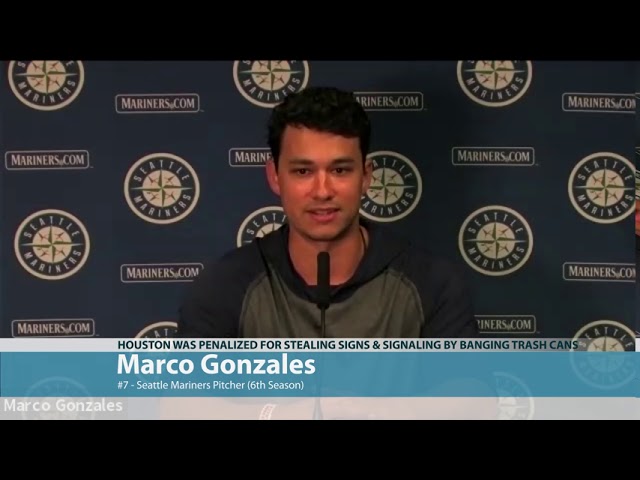 Gonzales will face defending A-L Cy Young Award winner Justin Verlander. First pitch at Minute Maid Park is at 6:10 and can be seen on Root Sports with their pregame beginning at 5:30.

Seattle is expected to start three rookies in the lineup tonight, including Evan White, Kyle Lewis and Jose Marmolejos…

Here’s a look at the anticipated lineup for manager Scott Servais in tonight’s opener. Shed Long will lead off and play second. Evan White will make his debut at 1st base and bat second. Kyle Seager, the 9-year starter, is the only veteran in the lineup at 3rd base.

Rookie phenom Kyle Lewis, who homered in six of his first 10-games when called up late last year, will bat cleanup and play in right field. Jose Marmolejos will bat 5th and play left. Catching will be Austin Nola. He’ll bat 6th.

Seattle’s only All Star last year, Daniel Vogelbach, will bat 7th as the D-H. J.P. Crawford will start at short and hit 8th. Center fielder Mallex Smith will bat 9th.

Seattle’s starting lineup has a grand total of 22-years of combined Major League experience. Counter that with Houston’s 71-years combined experience. Yes, the youth movement is on in Seattle!

Baseball is back. Well, a rain-shortened opening day game, at least…

As we open up the Les Schwab Scoreboard (YAY! We have scores to report!), the New York Yankees beat the Washington Nationals 4-1. The game was called after 5-innings when a huge lightning storm accompanied by torrential rains washed it out.

Prior to the rain, Gerrit Cole celebrated his Yankee debut going 5-innings and allowing just 1-run on 1-hit with 5-strikeouts. Max Scherzer struck out 11 in 5-innings, but took the loss. Giancarlo Stanton hit a mammoth home run, going 2-for-3 and collecting 3-RBI’s.

2nd year player Enrique Hernandez went 4-for-5 at the plate with a home run and 5-RBI’s.

Clayton Kershaw was a last-minute scratch for L-A with back tightness. The Dodger Bullpen followed up the 4-and-a-third of Dustin May with 4-and-2/3rds-innings of scoreless relief.

Major League Baseball came to an agreement with the players union that, for this season only, the playoffs would be expanded to 16-teams.

The playoffs will include 8 teams per league, 3 division winners and 3 second place teams. Then there will be two wild card teams. The first round of the playoffs will be best-of-three, all at the higher seed, with 8-vs-1, 7-vs-2, 6-vs-3, and 5-vs-4. The division series will be best-of-five with higher seed getting home field. The League Championship Series and World Series will be the traditional best-of-seven format.

By the way, if you missed it last night, you have GOT to see the ceremonial first pitch thrown out prior to the Nationals and Yankees last night. It’s a good thing Dr. Anthony Fauci has a day job… 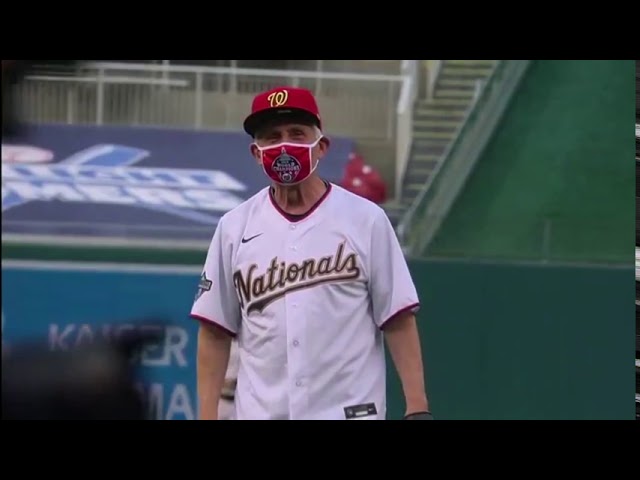 It begins with baseball tonight at 6:30 with a rebroadcast of AppleSox baseball from last summer as they host the Walla Walla Sweets.

Tomorrow starts with Chelan and Wenatchee volleyball at 2, followed by last Saturday’s racing action at Wenatchee Valley’s Super Oval at 6. Then it’s a Wenatchee Wild doubleheader Sunday with games from last October against the West Kelowna Warriors at 2 and at 7pm.

Ciara and Russell welcome baby “Win” into the world

And, congratulations to Russell Wilson and wife Ciara on their brand-new baby boy…