It will be the Braves and the Astros for the World Series starting tomorrow.

Houston outscored Boston 23-3 over the final 3-games of the ALCS to advance to the Fall Classic for the third time in the last 5-seasons. Yordan Alvarez was 4-for-4 with a run and named the series MVP.

The only question remaining was whom the Astros would face in the World Series. That question was largely answered in the bottom of the 4th inning of Saturday’s Game-6 of the NLCS by Eddie Rosario…

Rosario was named the series MVP as Atlanta topped the Dodgers 4-2 to win its first pennant since 1999.

Game-1 of the World Series is tomorrow night at Minute Maid Park at 5:09 on FOX. Framber Valdez will face Charlie Morton.

Washington erased a 13-nothing halftime deficit by outscoring Arizona 21-3 in the second half to win 21-16 Friday. Dylan Morris threw two touchdown passes while Cameron Davis rushed for another to help the Huskies improve to 2-and-2 in Pac-12 play.
Despite 3-touchdown runs by Max Borghi, Washington State fell to BYU Saturday 21-19. It was the Cougars first game without Nick Rolovich, who was fired a week ago for not getting a COVID-19 vaccination.

Eastern Washington missed an extra point with 2:51 left in the game and Weber State ran out the clock on its next possession to win 35-34. Eric Berriere combined for 330-yards, passing for two touchdowns and rushing for another in the loss.

Central Washington blew open a 4-point game with 42, second-half points to beat Western Oregon 53-21 at Tomlinson Stadium. The Wildcats scored four touchdowns through the air and three on the ground to improve to 5-and-2 on the season.

Blake Sam kicked a 25-yard field goal with seconds left to give Omak a 45-42 victory over Cashmere. Eric Granstrom and Pete Phillips had the call on the NCWLIFE Channel… 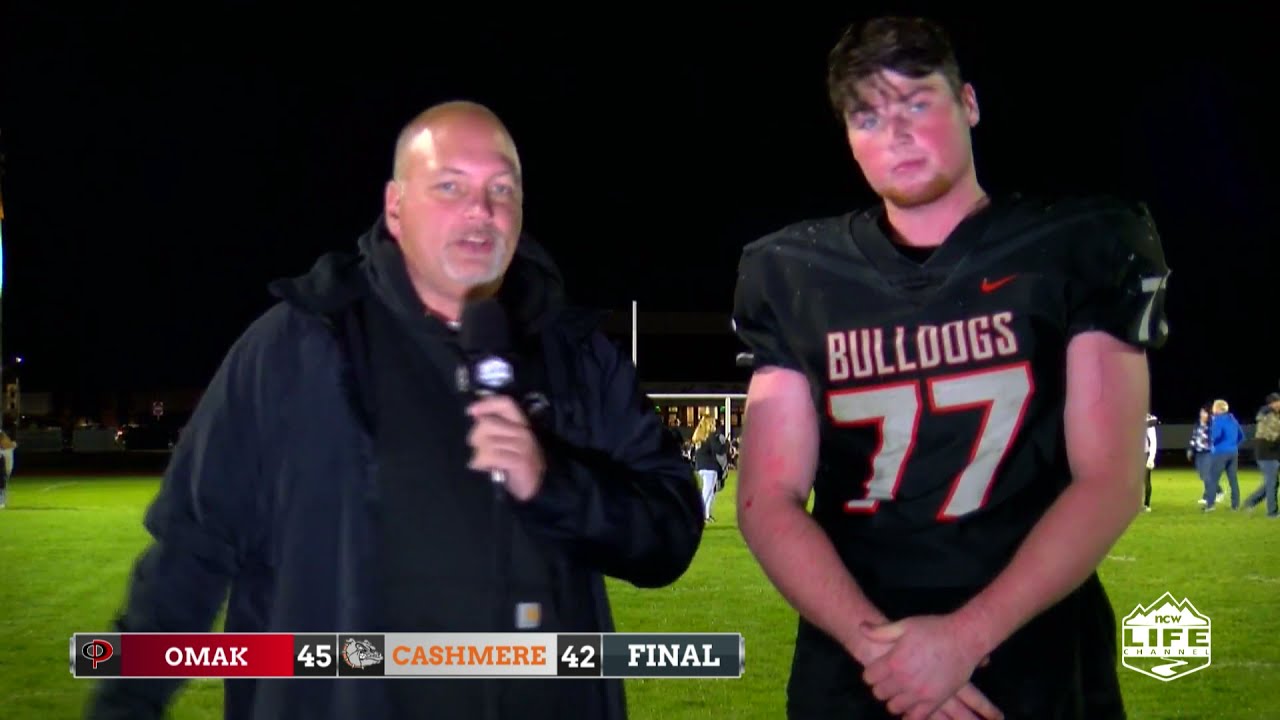 In other Caribou Trail League play, Cascade won a non-leaguer over Coupeville 42-13 and Chelan topped Quincy 33-7.

Eastmont kept its playoff hopes alive with a 31-26 win over Sunnyside. Union used a big second-half to beat Wenatchee 41-20. Moses Lake remained on top of the Big-9 standings with a 33-21 win over Davis. West Valley beat Eisenhower 43-14.

Seattle hosts New Orleans on ESPN beginning with kickoff at Lumen Field at 5:15.