Since the Nationals clubbed the Astros in Game 2 of the World Series in Houston 12-to-3, Washington has managed just 3-runs over the last 3-games. And in the process, Houston has taken a 3-games-to-2 lead following Sunday’s 7-1 victory.

Yordan Alvarez broke a scoreless tie in the 2nd with a two run homer to center field off Washington starter Joe Ross. Ross was a last-minute replacement for Max Scherzer, who couldn’t go because of neck spasms.

Carlos Correa created further separation in the 4th on a two run homer to put the Astros up 4-0. That would be plenty for Houston starter Gerrit Cole, who struck out nine over 7-innings to earn the victory.

Now Houston returns home with all the momentum for Game 6 Tuesday at 5:07 on FOX. It will be a rematch of Game 2 starters with Stephen Strasberg going for the Nationals and Justin Verlander starting for Houston.

The Seahawks offense scored on 4-of-5 possessions in the first half as Russell Wilson found DK Metcalf on two touchdown passes while Chris Carson ran for another. But the script flipped in the second half, with backup quarterback Matt Schaub throwing for 460-yards and leading the Falcons to scores on four of its five possessions.

Seahawks Coach Pete Carroll was happy to come out of there with a win, but admits the second half was not the greatest… 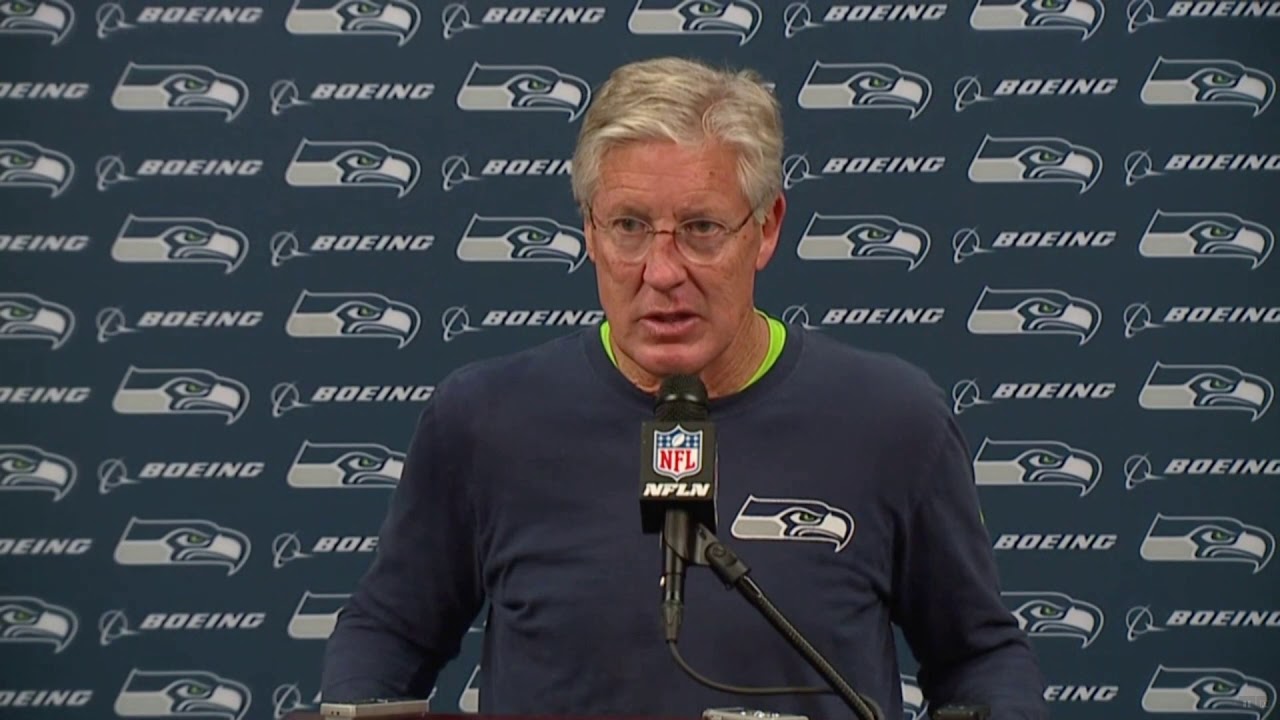 Seattle improved to 6-and-2 with the win and returns home to face the 2-and-5 Tampa Bay Buccaneers Sunday at CenturyLink Field.

Oregon’s Camden Lewis kicked a 26-yard field goal as time expired to life the #11 Ducks to a 37-35 win over Washington State Saturday. The game-winner came after the Cougars scored on a 5-yard, 4th-down touchdown pass from Anthony Gordon to Brandon Arconado with a minute remaining. WSU had no answer for Oregon running back CJ Verdell, who rushed for a career-high 257-yards and three touchdowns.

Michael Roots rushed for 221-yards and three touchdowns while Christan Moore threw for four others as Central Washington demolished Simon Fraser 62-to-10.

The Wenatchee defense turned in 7-sacks and shut out Sunnyside in a 28-nothing win at Lee Bofto Field at the Apple Bowl. Nate Blauman again rushed for over 100-yards and scored. Camden Sirmon threw two touchdown passes. And JJ Jelsing had an 80-yard punt return touchdown as the Panthers remained unbeaten in Big-9 play. 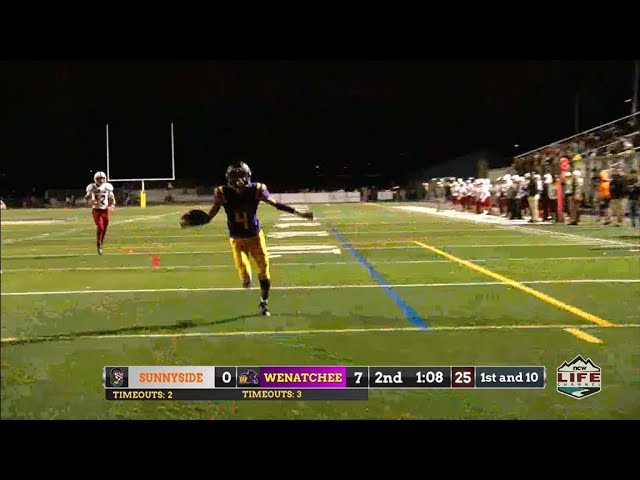 Eastmont gets back in winning track

Also Friday, Eastmont bounced back from its only loss of the season with a 56-27 win at Eisenhower. And Moses Lake remained winless with a 21-17 loss to Southridge.

In the Caribou Trail League, Cashmere won a non-leaguer against College Place 43-19. Okanogan crushed Cascade 42-7. And Omak remained unbeaten with a 42-17 win over Chelan.

On the volleyball courts, Chelan hosted a double-dual with Lakeside (9-Mile Falls), Freeman and Cascade Saturday. The Goats swept both Freeman and Lakeside while the visitors swept three each from the Kodiaks. Also Saturday, Manson edged Waterville-Mansfield 3-games-to-1.

Finally, the Wenatchee Wild gave up 12-goals in two games in a sweep at the hands of the Salmon Arm Silverbacks last weekend…

Salmon Arm came out and scored 4-goals in the 1st period Friday and went on for an 8-5 victory. The Wild scored four goals of its own to make it a 2-goal margin heading into the final frame but could get no closer. Scoring goals for Wenatchee were Brian Adams, Luke Ormsby, Hunter Hastings, Nick Cafarelli and Brett Chorske.

On Saturday, Wenatchee scored first on Luke Ormsby’s 7th goal of the season. But Salmon Arm tied it before the first intermission and then added two more goals in the second. Coalson Wolford added another in the 3rd for the visitors before Trevor Griebel tallied the final goal of the game.

The Wild heads to Trail Wednesday before hosting Merritt on Friday and Saturday.