Brett Garcia and three relievers combined on a 5-hit shutout of Cascade Collegiate in a 13-nothing win for Wenatchee last night at Paul Thomas, Sr. Stadium. “Voice” of the AppleSox, Joel Norman, has more… 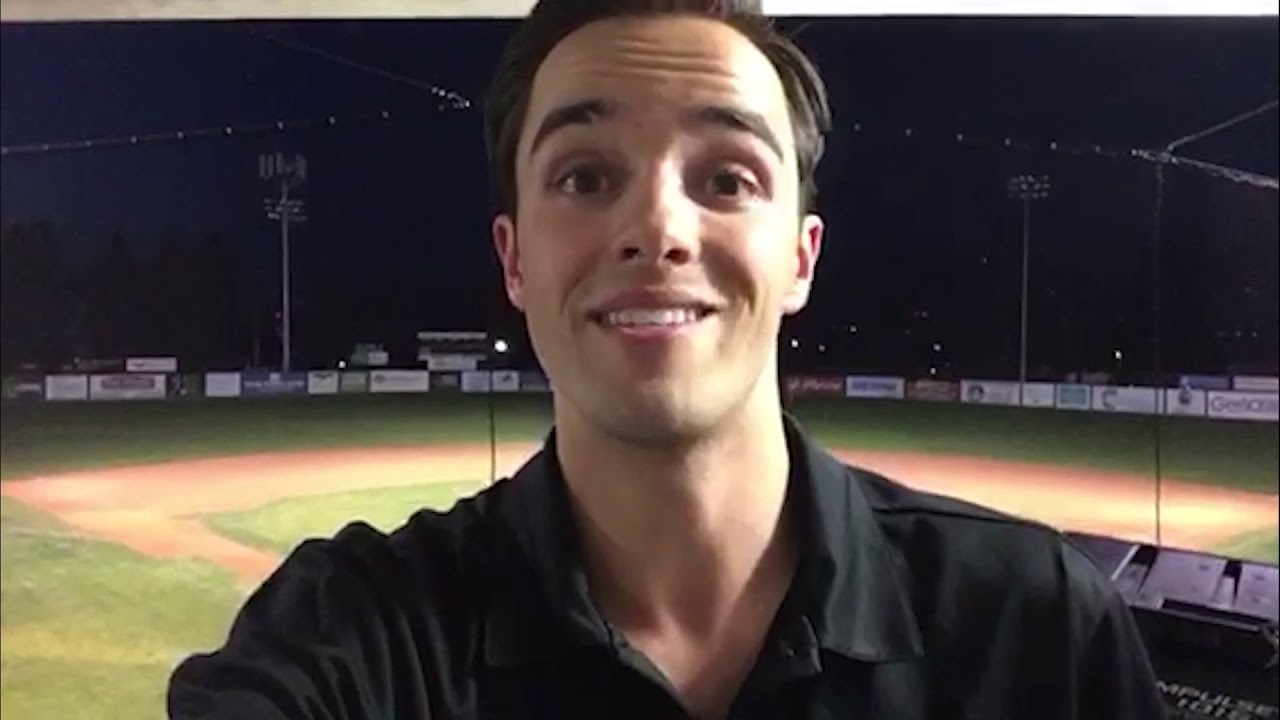 Brett Garcia was phenomenal on the mound last night, allowing no runs on 1-hit with 12-strikeouts and 2-walks. Peter Sanchez relieved for 2-innings, allowing just a hit and striking out two. Finally, normal position players finished things up on the mound with Ryan Altenberger and Kodie Kolden pitching the last two innings.

At the plate, Brett Gillis was 2-for-5 with a run and an RBI. Dalton Harum also had a two-hit night with 2-runs.

Wenatchee’s off until Friday when it hosts Yakima Valley in the first of a three-game series at 6:35.

Chase Meidroth’s RBI-single in the bottom of the 10th gave Victoria a walk-off, 5-4 win over Cowlitz. The win propelled the HarbourCats a half-game in front of Wenatchee in the West Coast League’s North Division race.
Cole Hinkelman had two, two-run home runs to lead Bellingham past Ridgefield 8-to-1. CJ Varela and two relievers combined to keep the Raptors to 1-run on 5-hits with 10-strikeouts.

Port Angeles was also a winner, downing Kelowna 4-1 behind 7-innings of 1-run ball thrown by Joe Kinsky. Baxter Halligan did the damage at the plate, going 2-for-4 with a run and 2-RBI’s.

Chase Luttrell was 3-for-4 with 2-RBI’s in a losing effort as his Portland Pickles fell to Walla Walla 5-3.

And in another non-league game, Luke Schwartz RBI-single in the bottom of the 10th gave Yakima Valley a walk-off, 8-7 win over Highline. The win snapped the Pippin’s 3-game losing streak as they next head for Wenatchee on Friday.

And we’ll have Saturday’s middle game of the three game series between the AppleSox and Pippins LIVE right here on the NCWLIFE Channel. Our pre-game with Eric Granstrom begins at 6:15 with the first pitch at 6:35.

Victoria leads Wenatchee by half game

With the HarbourCats winning last night, Victoria now leads Wenatchee in the second-half standings by a half-game. Port Angeles is lurking behind the AppleSox, two games back at 10-and-7. Yakima Valley is 5-games out while Bellingham is 5-and-a-half games back.

Again, if Victoria repeats as division winners in the second half like they did in the first, the second playoff spot goes to the team with the next-best overall record. Right now that’s Wenatchee at 24-and-21. But Bellingham is just a game back now at 22-and-21. The Lefties are also not out of it, trailing Wenatchee by 3-games at 20-and-23.

If you’d like to get an autograph from an AppleSox player on the official team poster, you can do so this Sunday…

The entire team will be at Pybus Public Market Sunday from 12:30 to 1:30, signing this year’s team poster. There’s also a chance to win prizes with a raffle for AppleSox tickets and an autographed Marco Gonzales hat. It’s free to the public and sponsored by Parsons Photography, Sunny FM and Pybus Market.

Mariners trade away Leake and two pitchers to get four prospects

The Mariners made quite a few moves prior to the trade deadline yesterday, including trading away pitcher Mike Leake in the final seconds. Leake went to Arizona for Minor League infielder Jose Caballero. Seattle also dealt reliever Roenis Elias and Hunter Strickland to the Washington Nationals for three Minor League pitchers. 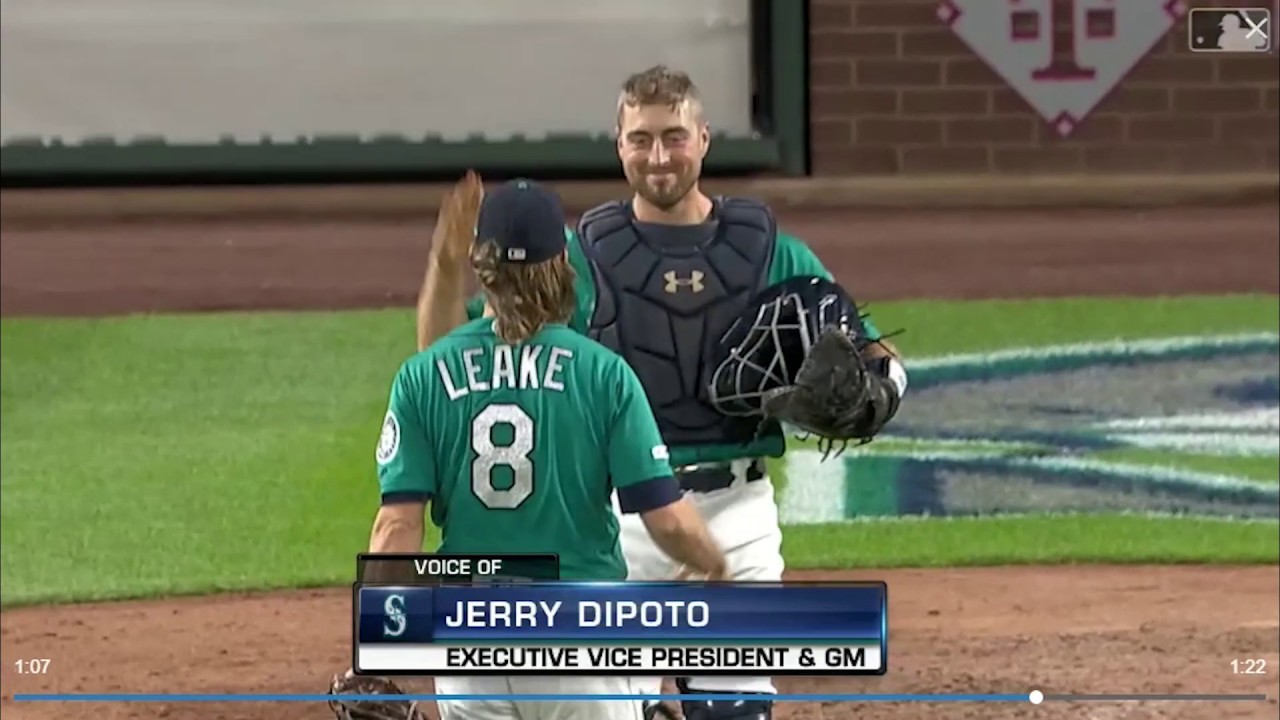 The biggest buyer at the trade deadline Wednesday was the Houston Astros. They traded away their farm to get six-time All Star Zack Greinke as well as right-handers Aaron Sanchez and Joe Biagini and catcher Martin Maldonado.

On the field Wednesday, the Mariners lost a seesaw battle with Texas 9-7 to see their 6-game winning streak come to an end…

Despite home runs from Austin Nola and Keon Broxton, Seattle couldn’t hold an early lead. Wade LeBlanc had a rough outing on the mound, lasting just 4-and-a-third and allowing 6-runs on 10-hits including home runs to Shin-Soo Choo and Willie Calhoun.

The Mariners will remain in the Lone Star State today and prepare to take on the Astros in Houston tomorrow at 5:10. Yusei Kikuchi will go for Seattle while Wade Miley takes the hill for Houston.

The rest of the AL West loses

Mike Trout’s 35th home run of the season was the Angel’s only run in a 6-1 loss to the Tigers. Detroit left the yard three times, including a 3-run bomb by Gordon Beckham in the 8th.

The Brewers bounced back from a walk-off the night before to edge the Athletics in Oakland 4-2.

The news out of Day 6 of Seahawks Training Camp is not necessarily good. First, there was a fight today between offensive guard Ethan Pocic and defensive tackle Jarran Reed. Coach Pete Carroll had to kick both out of practice and said it was a good example of how that can hurt a team… 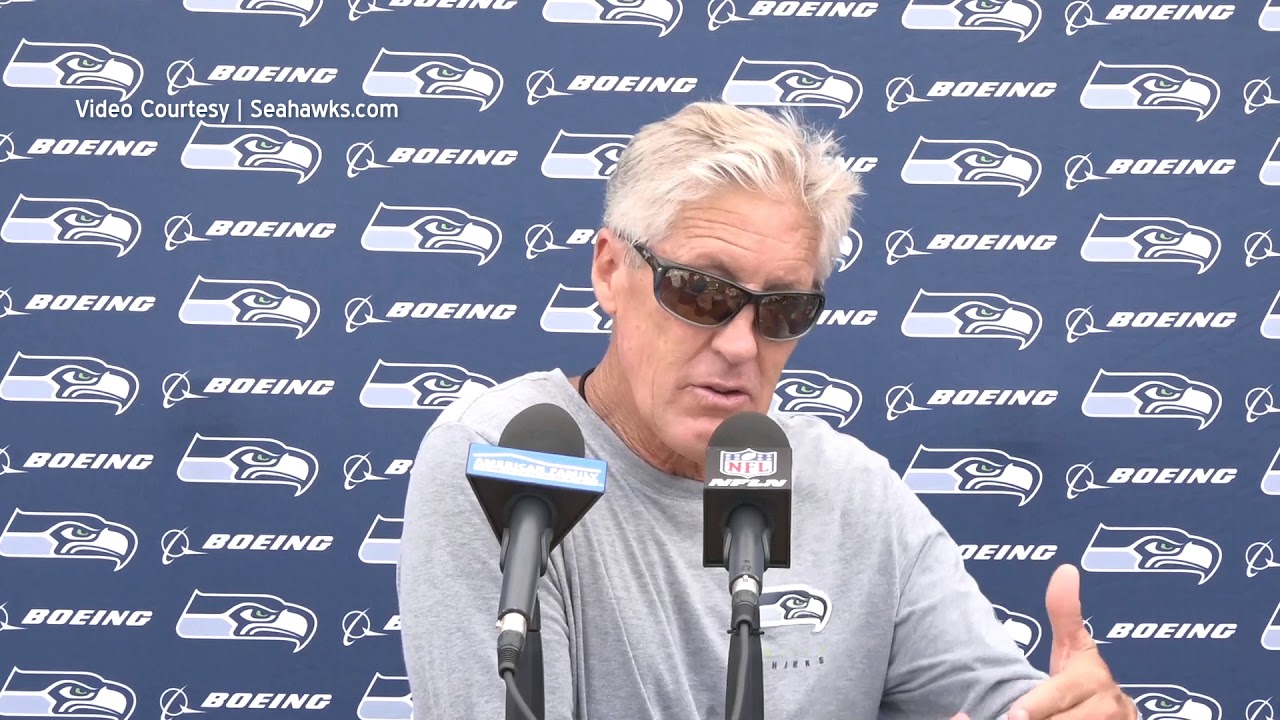 The Blue Angels were practicing for their performance during Seafair this weekend, which Carroll said was a good chance to practice with noise.

Carroll also had the unfortunate news on defensive end L.J. Collier on an injury that’s going to keep him out for a while… 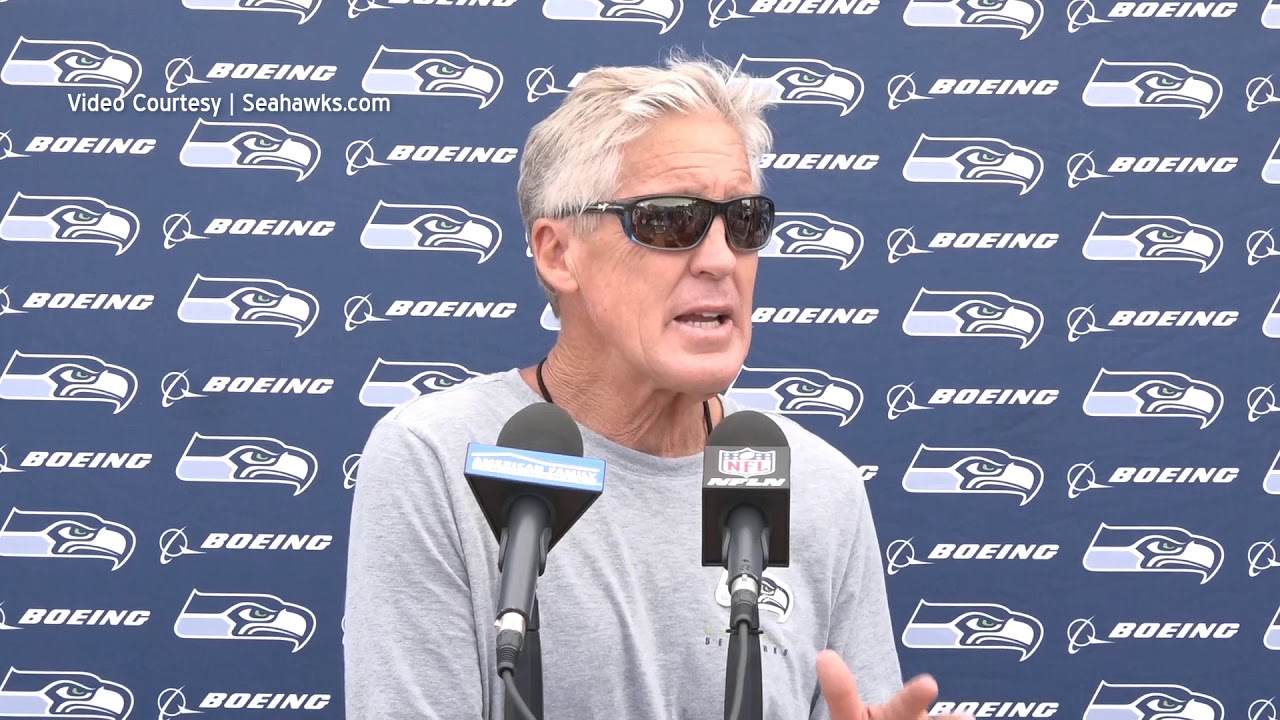 Seattle hosts the Denver Broncos a week from today in their first preseason game at CenturyLink Field. The season begins tonight with the Hall of Fame game in Canton, Ohio between Atlanta and Denver.