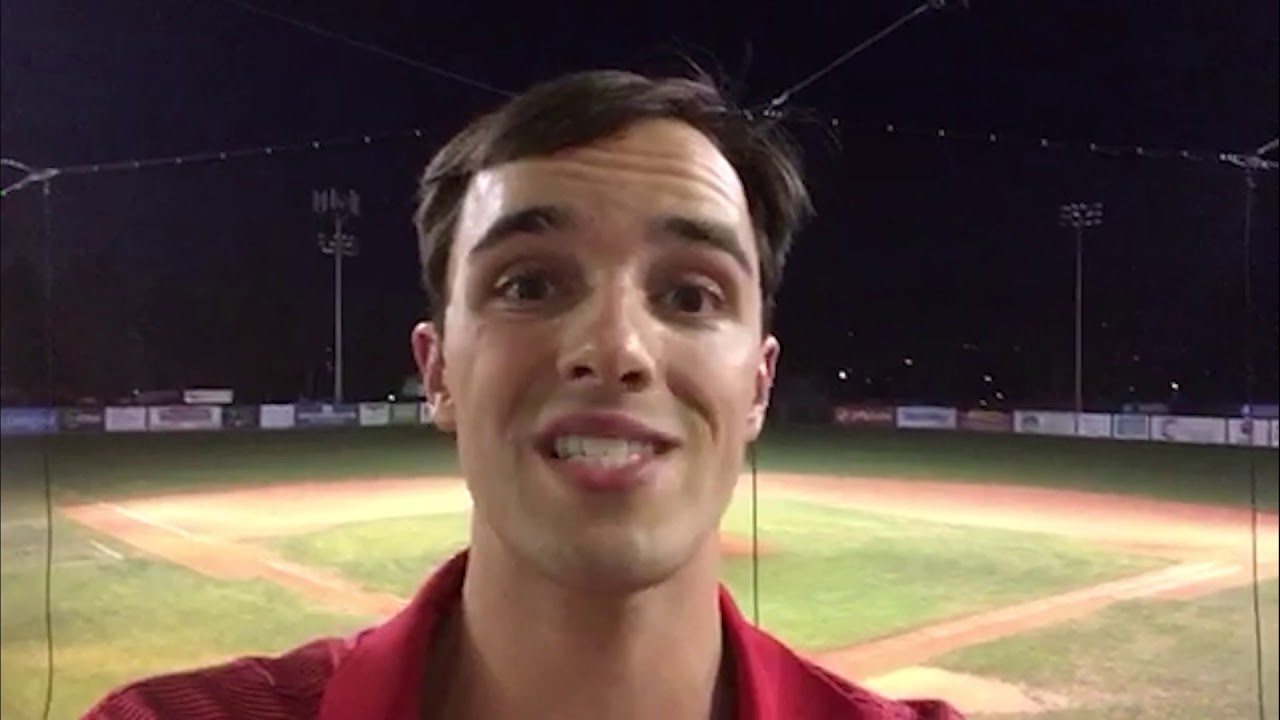 Jake Saum was stellar on the mound, going 8-innings to improve to 4-and-1 on the season, allowing no-runs on 4-hits with 8-strikeouts and a walk.

The AppleSox hit back-to-back home runs to open up the 5th inning to give the AppleSox at 3-0 lead. Joel Norman had the call on the AppleSox Radio Network, video courtesy of the AppleSox Facebook page… 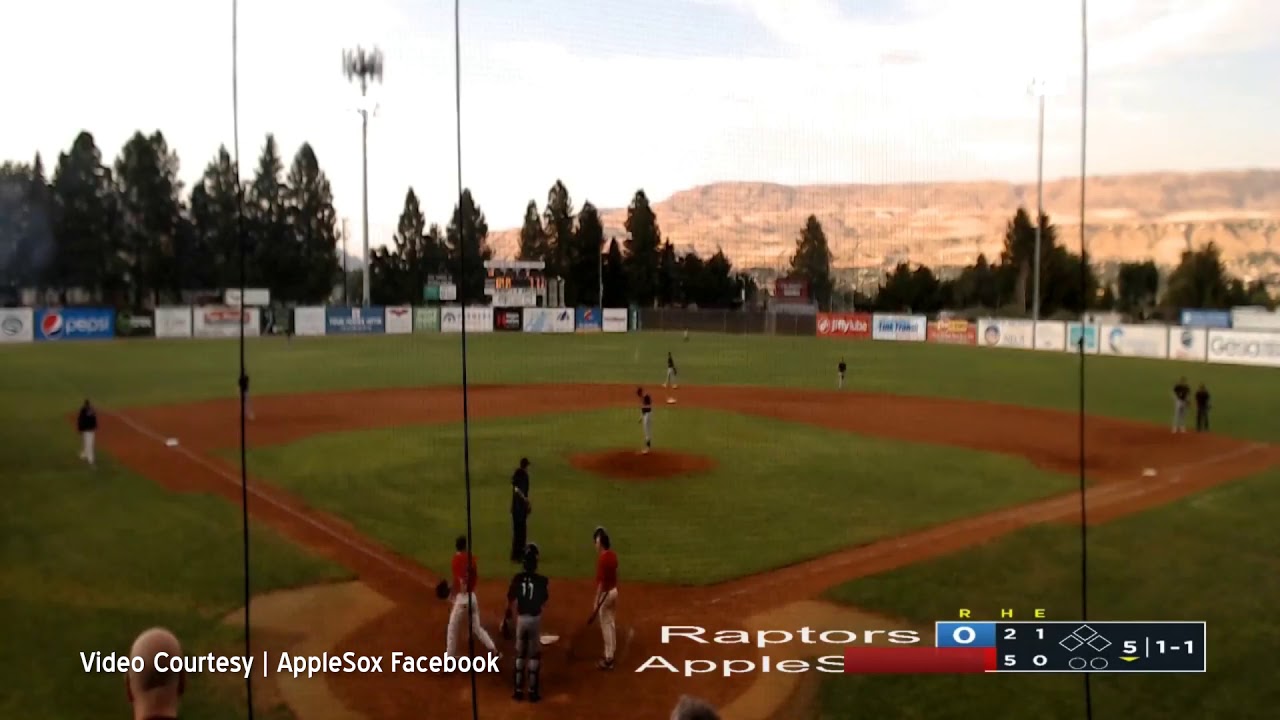 The win improved Wenatchee’s record to 29-and-21 overall, solidifying itself with at least the second-best record in the division, securing a playoff spot. That means Wenatchee will host Victoria Tuesday night at 6:35 in the divisional playoff.

Lefties and Bells lose and drop out

Griffin Paxton hit two home runs and was 3-for-5 with 5-RBI’s to lead Victoria to an 11-to-2 win over Port Angeles.

Briley Knight was 2-for-4 with a home run and 2-RBI’s to lead Corvallis to a 5-4 win over Bellingham. The loss eliminated the Bells from the playoffs. The Knight’s win also gave Corvallis the second-half title in the south, putting Walla Walla into the playoffs.

Ty Hueckman and three other pitchers combined on a 3-hit shutout as Walla Walla beat Kelowna 4-nothing.

Brian Rice had a grand slam home run in a losing cause for Yakima Valley as the Pippins fell to Cowlitz 5-4.

Playoff teams are set in WCL

Wenatchee could still win the second-half title as they’re still tied with Victoria atop the standings at 17-and-6. Everyone else is out of the running.

And here you see that Bellingham is 5-and-a-half games back with 4 to play, so even if Wenatchee doesn’t win the second half, the next playoff scenario goes to overall record.

Corvallis solidified the second-half South Division title with last night’s win. Even though Portland can catch them over the final four games, the Knights have the head-to-head advantage over the Pickles.

So it will be Walla Walla getting the other spot in the playoffs with its second-best overall record in the South Division. The Sweets will host Corvallis Tuesday night at 6:35.

Kyle Seager hit a 4th inning home run and drove in two as the Mariners split the two-game series with the Padres and snapped a 5-game losing streak.

Yusei Kikuchi gave up a home run to Fernando Tatis, Jr. to start the ballgame, but settled down to go 5-innings, with 1-run on 4-hits and 8-strikeouts…his best outing in two months.

Seattle has today off while the Seahawks take center-stage and will host Tampa Bay in the first of a three-game weekend series Friday at 7:10.

Jose Ramirez hit a 2-run home run in the bottom of the 7th and that was enough for Cleveland as the Indians won the opener of a doubleheader over Texas 2-nothing.

Ramirez also went deep in the nightcap as Cleveland won 5-to-1.

Yuli Gurriel had a two-run home run and drove in 8-RBI’s for Houston as the Astros beat Colorado 14-to-3.

Ian Happ hit a grand slam home run and the Cubs beat up on the A’s 10-to-1. Jose Quintana and two relievers combined on allowing 2-run on 3-hits for Chicago.

All the off-season workouts, the mini-camps, the OTA’s and two weeks of training camp have come down to FINALLY playing against someone else.
Coach Pete Carroll says Russell Wilson and a lot of the first-stringers had a big practice Wednesday to make up for not playing tonight… 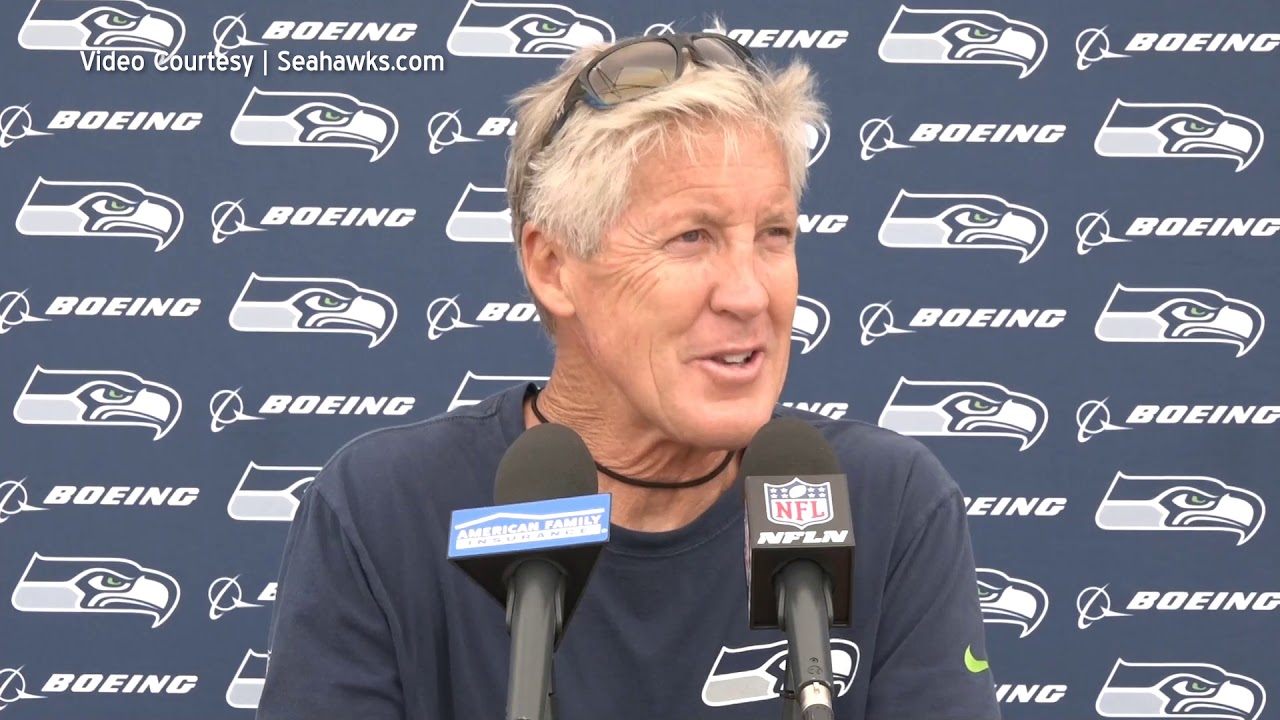 So that means fans should expect NOT to see the likes of Russell Wilson or Bobby Wagner play tonight…
Seattle and Denver kickoff tonight at CenturyLink Field at 7 o’clock. You can watch it on Q13 Fox or listen to it locally on 560AM KPQ.