There’s been a shake up in the front office with the Wenatchee AppleSox.

After more than 15-years serving as the team’s general manager, Ken Osborne has resigned the position. Allie Schank, who has been the assistant GM for the past four seasons, will now become the GM. 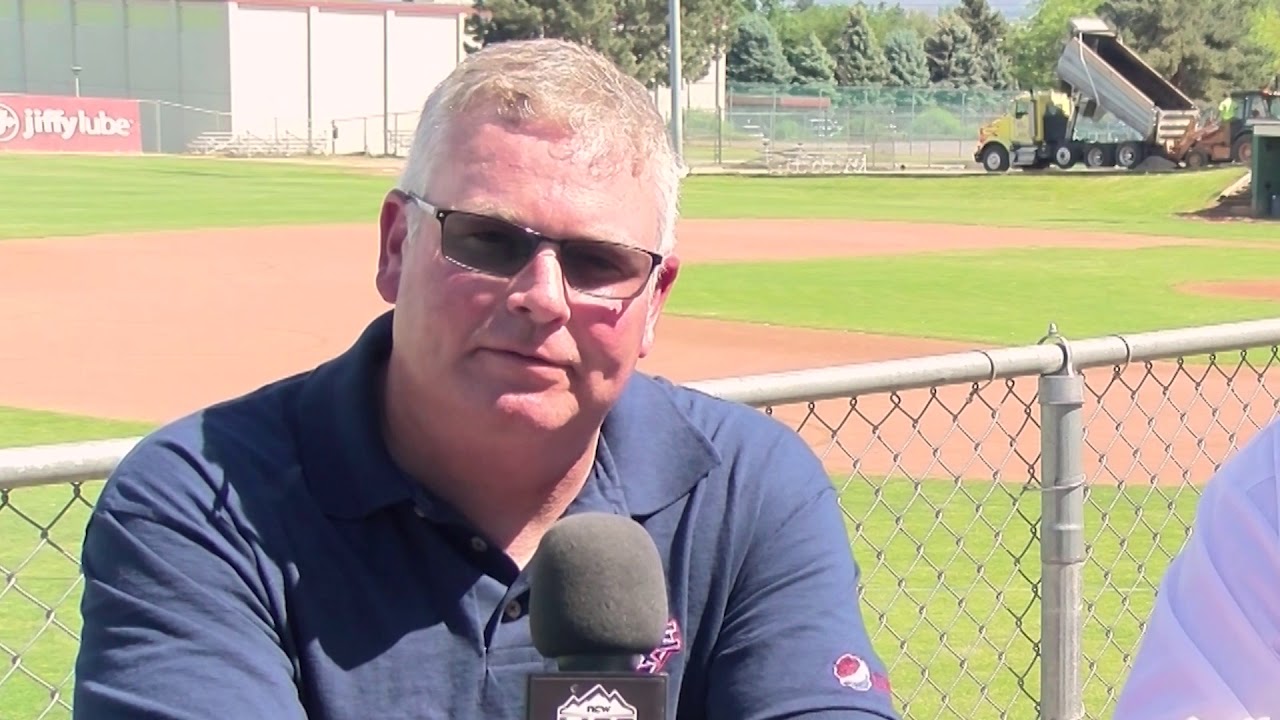 Osborne worked alongside original AppleSox owner Jim Corcoran since 2006 as an assistant general manager. He became the general manager in 2018. Osborne was crucial in his role when Jose Oglesby bought the team from Corcoran three years ago.

With her promotion, Schank joins Corvallis’ Bre Miller and Bellingham’s Stephanie Morelli as the only three female general managers in the West Coast League.

In today’s press release from the AppleSox, Osborne says he will work alongside his wife in her insurance business.

The No. 1 ranked Bulldogs will play today at Pacific at 3 o’clock and then Monday at BYU at 5 o’clock on ESPN. The change was necessitated by cancellations this week by Loyola Marymount and Santa Clara, who couldn’t make the trip to Spokane because of COVID-19 in their programs.

Also on the men’s college basketball schedule today include some Pac-12 contests as Washington plays at Oregon State at 6 on the Pac-12 Network while Washington State plays are Oregon at 8 on FS-1.

The teams will switch sites Saturday when Oregon hosts Washington at 1 o’clock on CBS and the Cougars play the Beavers in Corvallis at 3 o’clock.

No change in women’s schedule for now

The women’s schedule remains the same for now…

Washington State will host No. 5 UCLA Friday at Noon while USC plays at Washington at 7. Then on Sunday, it’s reversed as the Trojans visit Pullman at Noon while the 5th-ranked Bruins take on the Huskies at 2 o’clock in Seattle.

France hoping to stick this season with Mariners

Seattle shares its practice facilities in the desert with the San Diego Padres. A player who came over from the Padres to the Mariners late last season in a trade was Ty France.

France is expected to battle for a starting spot at second base with Shed Long, Jr. and Dylan Moore. France tells Mariner fans that Seattle’s potential to compete in the American League West is close…

France and the rest of the position players are to report to spring training February 22nd. The Mariners first Cactus League game will be February 27th against San Diego. The regular season is set to being with Seattle hosting San Francisco April 1st at T-Mobile Park.

A very important relationship in any NFL team’s makeup is that between the starting quarterback and the offensive coordinator. Russell Wilson seemed to have that with Brian Schottenheimer on and off the field.

Now that Schottenheimer is gone, the relationship-building has begun between Russ and Shane Waldron. The 41-year old Portland native says work on those conversations have already begun… 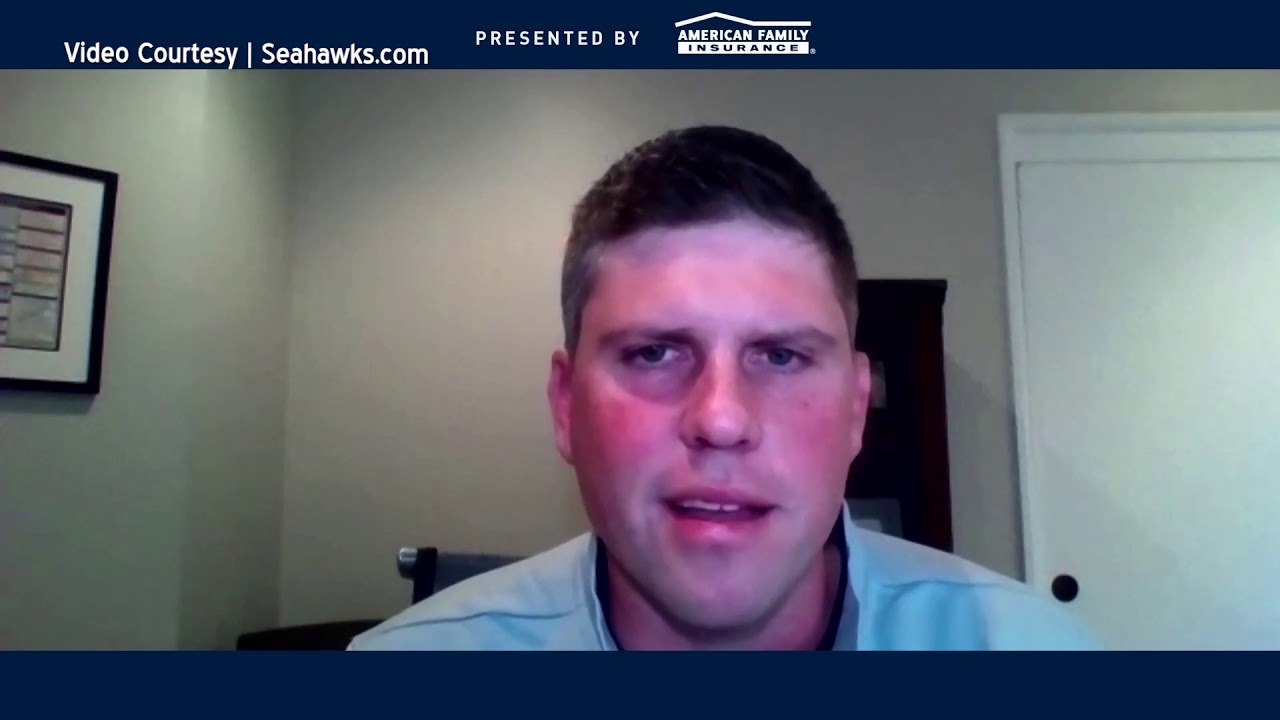 Waldron grew up in Portland, Oregon and attended high school at La Salle. He admits he wasn’t really a Seahawks fan growing up…

Waldron is in the process of moving his wife and two daughters to the northwest to begin work on his new position as offensive coordinator with the Seahawks.

Unfortunately for viewers on Direct TV, there’s an argument going on between KIRO-TV and AT&T/Direct TV that has resulted in channel 7 being dark… 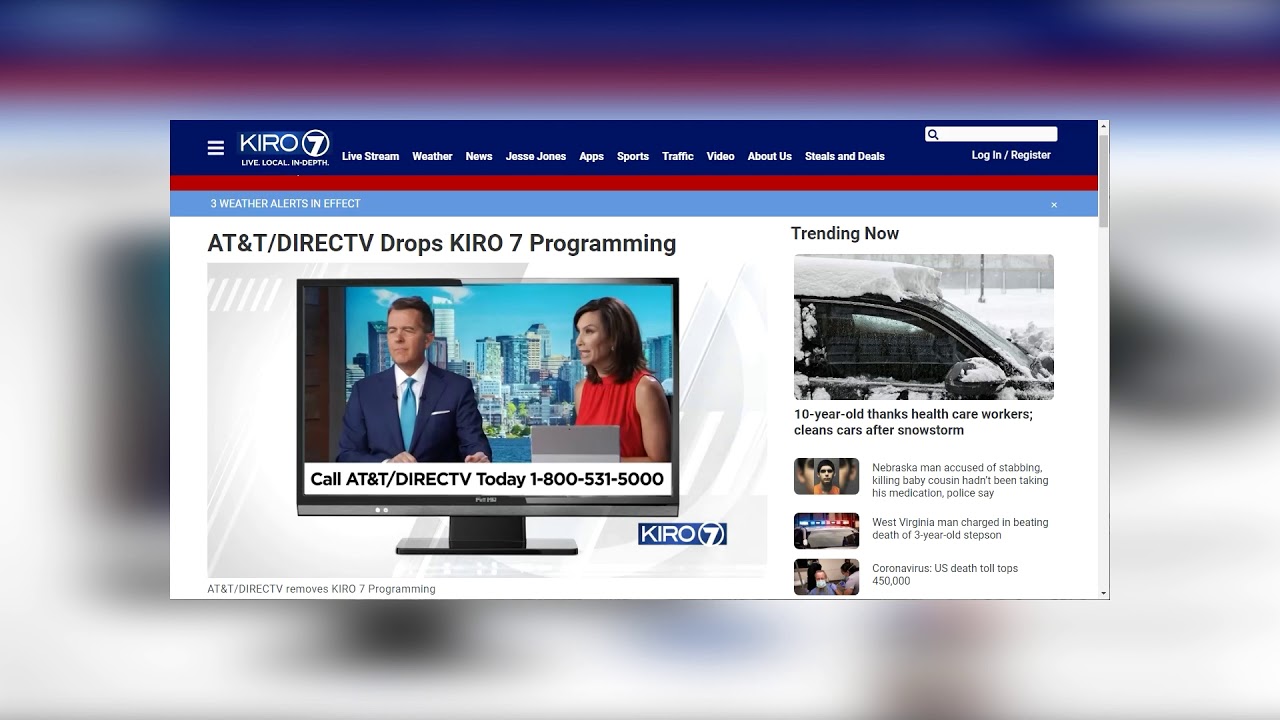 The skirmish is between Cox Media Group, owners of KIRO, and Direct TV over the carriage fees.

This means no KIRO and also could mean no Super Bowl for those who receive KIRO on Direct TV. The disagreement between the two sides does not affect your ability to watch KIRO on cable, other satellite companies or over the air.

KIRO is asking its viewers who have been impacted to contact Direct TV and tell them they want their station back. AT&T/DirecTV were quoted in TV Technology dot com this week as saying “We’re disappointed Cox Media Group and Wall Street financier Apollo Global Management have intentionally put our customers in the middle of a private business matter. We continue to work with Apollo and Cox to get these situations back and appreciate our customers’ patience while we do.”

By the way, you can still see KIRO on LocalTel Cable and you’ll be able to watch Super Bowl 55 uninterrupted on Sunday. That is if you don’t run out of dip.

The game itself will feature the NFL’s oldest quarterback in 43-year old Tom Brady against one of the league’s youngest in 25-year old Patrick Mahomes. A fun fact, Tom had graduated from high school in California passing for over 3-thousand yards and 30-touchdowns his senior year before Patrick was even born.

And tonight is Hockey Night on the NCWLIFE Channel…

Our featured game is from Thanksgiving weekend of 2019 as the Wenatchee Wild entertained the Langley Rivermen. Arch Ecker has the call here tonight at 7 o’clock.