And it was all Cougars as WSU earned a 40-to-13 romp over the Huskies. Max Borghi scored the first of his two touchdowns 3-and-a-half minutes into the game and set the tone for a record-setting day for Washington State… 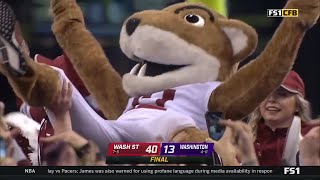 It was the largest victory for Washington State in the 113-game rivalry between the two schools. The Cougars didn’t get help from Oregon State Saturday to win the Pac-12 North Title, so they’ll await a bowl invitation this weekend. 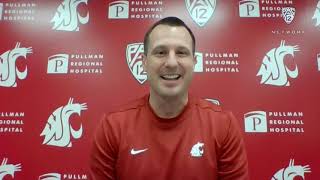 Dickert was selected as interim coach when Nic Rolovich was removed for refusing the state mandate to get the COVID vaccination.

Friday night wasn’t as happy for the team just up the road in Spokane, however, as Gonzaga fell to Duke in men’s college basketball…

The Bulldogs couldn’t hold on to a slim lead down the stretch as the Blue Devils won 84-81. Julian Strawther led Gonzaga with 20-points… 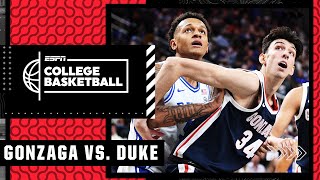 Washington fell to North Carolina in the Bahamas Saturday 58-37 and Washington State was humbled by 5th-ranked NC State 62-34.

Napavine came out on top in their semifinal game against the Bulldogs 42-to-10. It was Okanogan’s first loss of the season.

The stage is set for the State Championships this Saturday in Western Washington. At Mount Tahoma High School, Almira-Coulee/Hartline will face Quilcene for the State 1B Title at Noon. That will be followed by the 4A Championship between Graham-Kapowsin and Lake Stevens.

Royal will try to win it’s 10th State Championship and second-straight at Harry E. Lang Stadium in Lakewood Saturday at Noon against Eatonville in the 1A Title Game. The 2B Title matchup will follow between Kalama and Napavine at 4 o’clock.

Sparks Stadium in Puyallup is the site for the 3A Championship between Bellevue and Kennewick at Noon. Tumwater and Lynden will follow with a battle for the 2A Title.

Kraken down Panthers on 2-goal game by Eberle

After a 3-nothing loss to Tampa Bay Friday, Seattle bounced back with a 4-1 win over Florida Saturday behind two goals from Jordan Eberle… 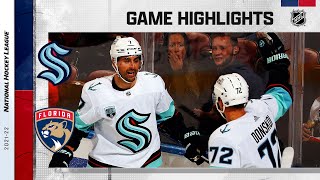 Seattle heads for Buffalo today to facer the Sabres at 4 o’clock on ROOT Sports Northwest.

The Silverbacks took game one on Friday 4-nothing behind a strong power play and outshooting the Wild 32-26.

Cade Stibbe pulled Wenatchee even at the 10-minute mark of the 3rd period Saturday, but Salmon Arm scored 30-second later to win 3-2. Ean Samoza also found the back of the net for the Wild.

Wenatchee’s Owen Bohn scored midway through the first period on Sunday to give the Wild the lead, but Salmon Arm scored 4-unasnwered goals en route to a 6-2 win. Jakob Karpa scored his first goal of the season for the Wild in the 3rd period.

Wenatchee is in Merritt this Friday at 7 o’clock and then Penticton Saturday at 6. They’ll have two more on the road next week before returning home for five straight at the Town Toyota Center beginning December 16th.

Seattle plays at Washington tonight on MNF on ESPN

Coach Pete Carroll usually says the focus each week is on going 1-and-oh. After a poor start to the season, he says they are now looking at going 7-and-oh starting tonight… 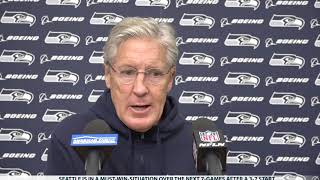 Seattle and Washington kick off at 5:15 on ESPN.