Earlier this month, NCWLIFE Channel’s Eric Granstrom sat down with each of the Top 10 Apple Blossom Royalty Candidates to get to know them a little better. Meet Kody Richards… 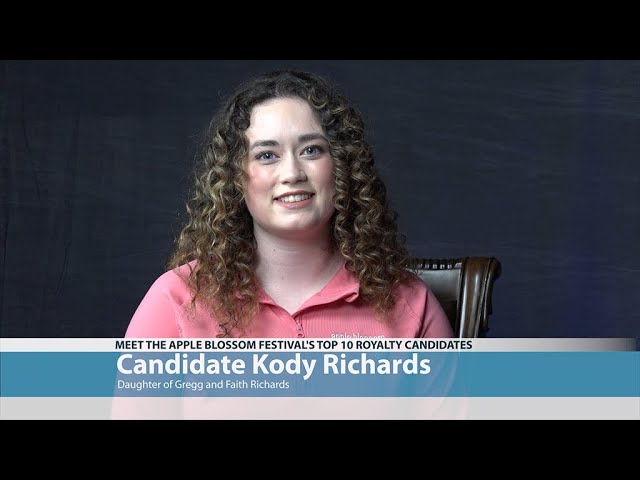 Kody’s favorite TV show is Gossip Girl and her favorite movie is Mamma Mia! Her favorite song is “Vienna” by Billy Joel and her favorite book is The Old Man and The Sea by Ernest Hemmingway. She is most inspired by her middle school ASB teacher, and her most treasured keepsake is a string of pearls her mom gave to her.

Kody’s favorite thing to do in the Wenatchee Valley is to walk around downtown and along the loop trail, as well as visit local businesses and restaurants. She enjoys taking photographs of all the natural beauty in our valley, all four seasons of the year. Her proudest moment in life was placing third in the National FBLA Job Interview Contest. If Kody could trade places with anyone for a day she would change places with Margaret Thatcher. Kody feels she would represent the Wenatchee Valley well because she is enthusiastic about meeting new people, is a great role model for young girls, and loves the Wenatchee Valley and Apple Blossom Festival.