Baseball celebrated the long ball with its annual Home Run Derby last night at Coors Field. After a hiatus in 2020 due to COVID, the Met’s Pete Alonso was eager to defend his title among the eight competitors. He eased his way into the finals to face Baltimore’s Trey Mancini. The Polar Bear would not be denied…

Alonso’s 23-home runs in the finals gave him a total of 74 on the night. The 91st Midsummer Classic will be played today at Coors Field at 4:30.

Seattle’s lone representative in today’s All-Star Game is in Denver, but he won’t play. Yusei Kikuchi was activated from the COVID-19 injured list Monday following an issue over the weekend. He is fully vaccinated and twice tested negative in order to attend the festivities.

Kikuchi has a message for Mariner fans…

Kikuchi is 6-and-4 in 16-starts this season for Seattle with a 3.48 earned run average. This is his first selection to the MLB All Star game after being selected three times in Japan in the Nippon Professional Baseball League.

While baseball honored the long ball last night at Coors Field, the Mariners honed in on pitching in Day 2 of the MLB Draft…

After taking shortstop Edwin Arroyo in the 2nd round Monday, Seattle drafted four, right-handed pitchers including high schooler Michael Morales in the 3rd round. Colin Davis and Spencer Packard were outfield selections by Seattle to go along with catcher Andy Thomas out of Baylor.

The West Coast League had 18 former players selected in baseball’s draft Sunday and Monday, one of which a former Wenatchee AppleSox.

J.T. Schwartz played here in the summer of 2018 out of UCLA. He was selected by the New York Mets as a potential future first-baseman in the 4th round.

Wenatchee is 10-and-17 overall on the season and oh-and-three to start the second half of the schedule. The Bells come in at 13-and-17 overall but Wenatchee took two of three in their first meeting of the season. 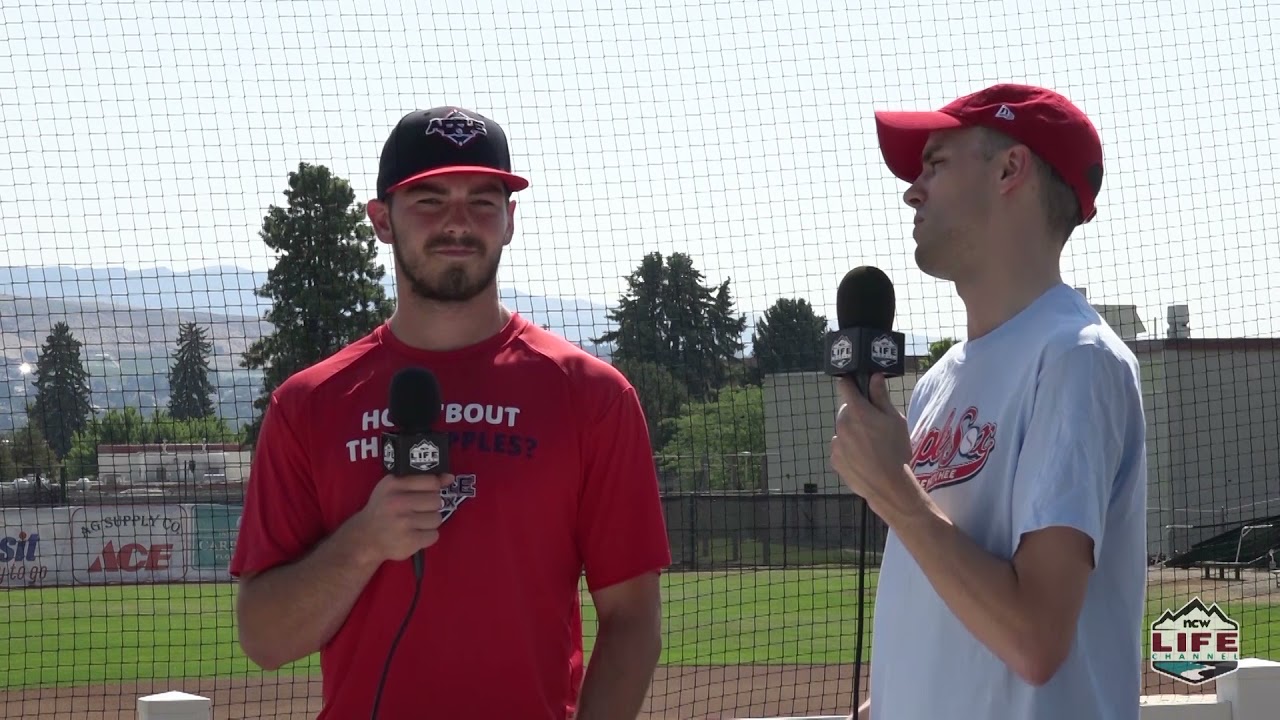 You can watch Joel and Chase’s interview with Dan on our website under Full Episodes. You can hear Joel’s call of tonight’s game throughout North Central Washington on Sunny FM radio.

Here’s a look at the rest of the West Coast League schedule for tonight. The 6:35 games have Port Angeles at Ridgefield; Corvallis entertains the Driveline Entitlers; Medford visits Bend; and Yakima Valley hosts the Highline Bears. Walla Walla travels to Portland tonight at 7:05.

A total of 12 public Training Camp practices will be open to fans beginning July 28th through August 12th. Eleven of those will be held at the Virginia Mason Athletic Center. The team will also host a special offsite practice at Lumen Field August 8th.

Fans interested in attending Seahawks Training Camp, presented by Safeway, must register through the team’s website at www.Seahawks.com/trainingcamp beginning tomorrow morning at 10am. Registration is on a first-come, first-served basis.

Unfortunately, due to the NFL’s Training Camp policy, fans and players will have to remain at least 20-feet apart, which means no autographs.