12-weeks ago, high school football programs around the state began practice with one goal in mind, win a State Championship. While for most, those aspirations were realistically unreachable, such was not the case for two high schools in the Wenatchee Valley.

Eastmont, the defending Big-9 champions, were fresh off a 9-and-3 season and playing its first State playoff game in school history. Wenatchee was 6-and-4 and knew it had some very talented kids with a lot of experience coming back in 2019.

Now, here we are, three months later, and the two meet for the Bridge of Sportsmanship game with those hopes and aspirations still alive. A Wenatchee win would give the Panthers the outright Big-9 Championship and a #1 seed to State. An Eastmont win would force a three-team playoff Saturday in Moses Lake with the #1 and #1 seeds to State on the line.

The big question looming over tonight’s game is whether all-league running back Nate Blauman would be able to play. So, Eric Granstrom asked Coach Scott Devereaux that very question… 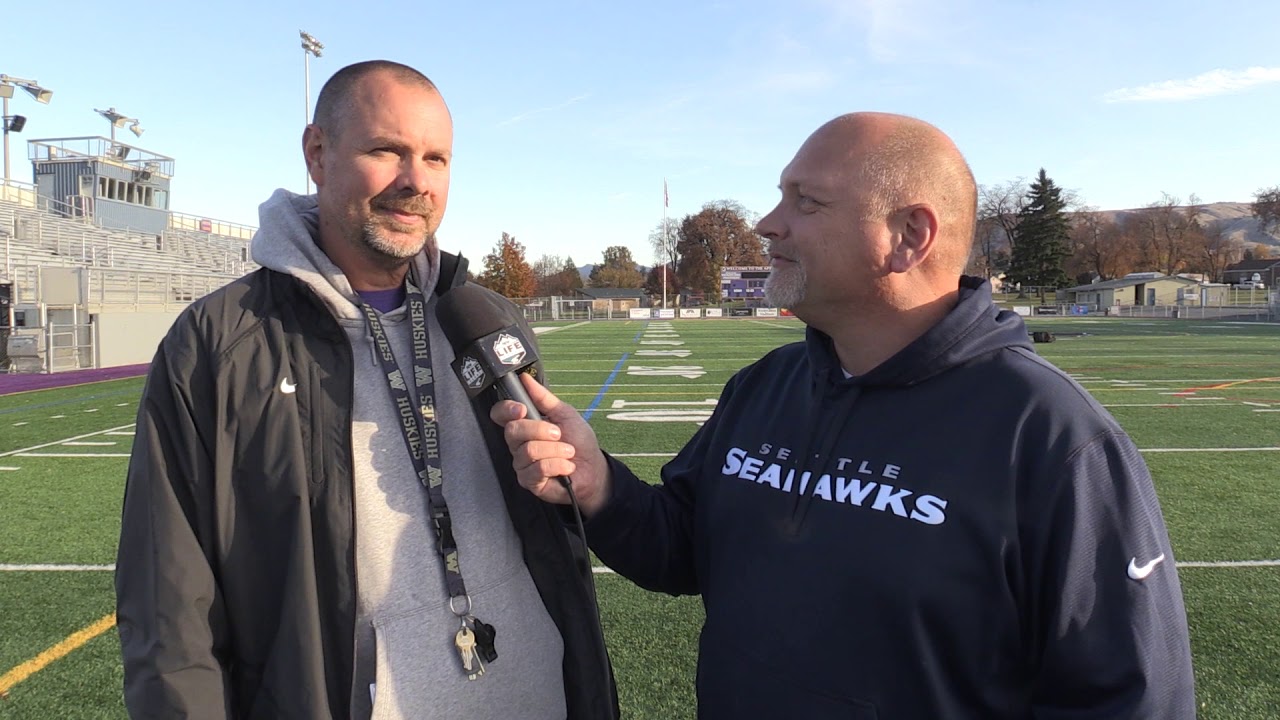 Each team has shown a propensity for the big play this season. Just last week, Wenatchee scored on a 62-yard pass play from Camden Sirmon to JJ Jelsing. Eastmont’s Austin Popoff scored on runs of 88- and 56-yards. Devereaux doesn’t think this game will come down to the big plays, however… 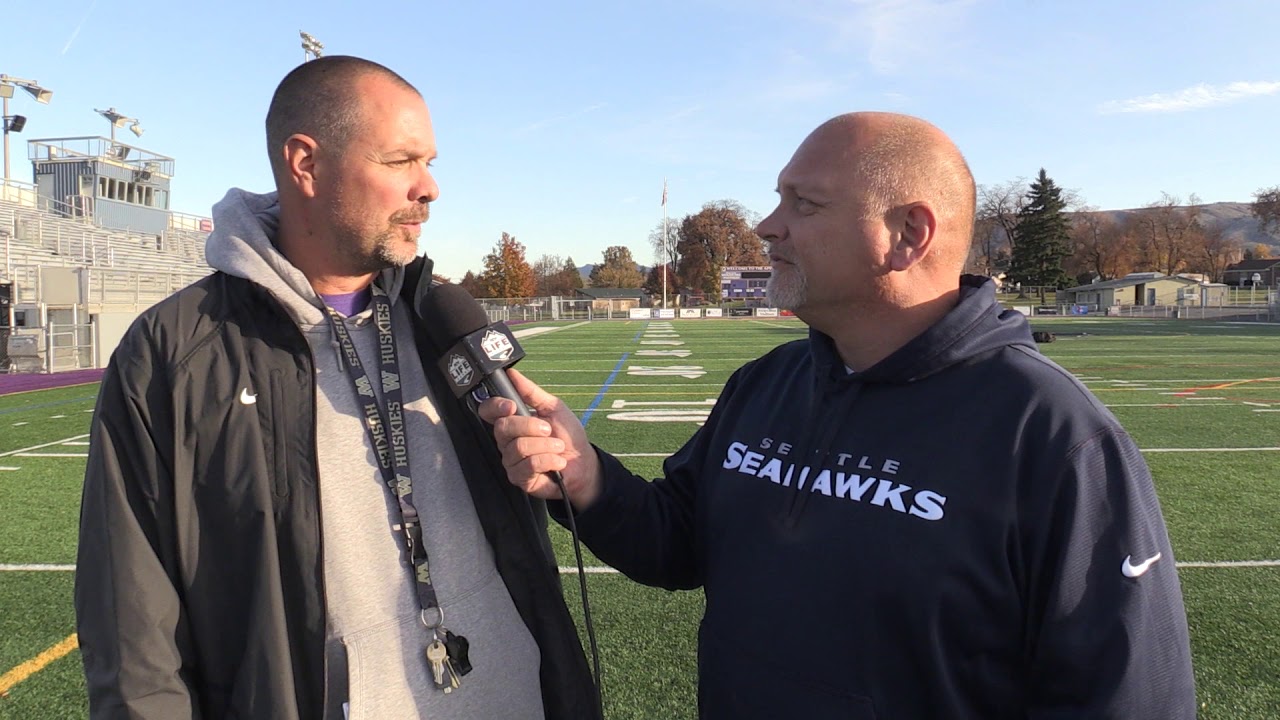 Eastmont Coach Michael Don is well aware of the big play potential, but says it will be the team that plays within itself that will have the advantage… 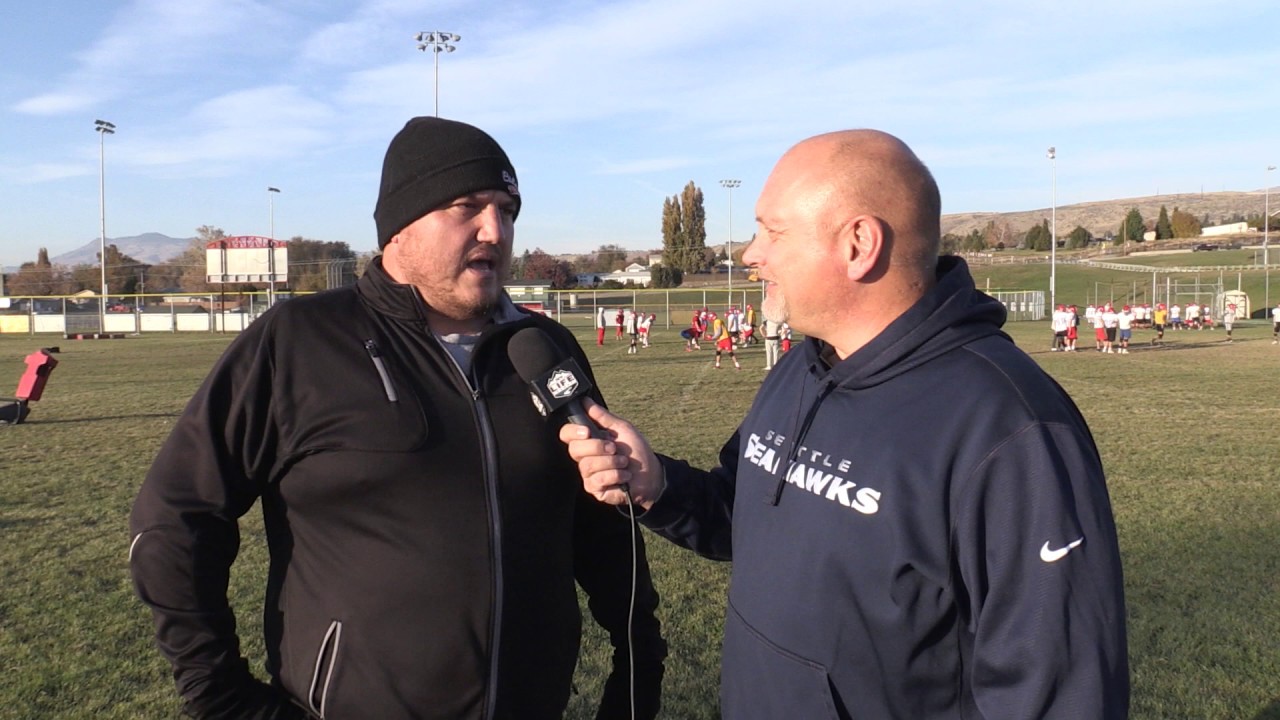 We’ll have the complete interviews with both coaches and Eric Granstrom coming up later on Wake Up Wenatchee Valley.

And, of course, the game will kickoff tonight at 7 o’clock. Be sure to join Eric and Grant Olson for the pregame beginning at 6:30 here on the NCWLIFE Channel.

And we now know the playoff scenario for Saturday, it Eastmont wins tonight. There will be a mini-playoff in Moses Lake beginning with Eastmont and Sunnyside at 1 o’clock. They’ll play two, ten minute quarters. The winner will be the #1 seed out of the Big-9. The loser will face Wenatchee for two, ten-minute quarters with the winner earning the #2 seed, and the loser’s season is over.

It was high-stakes drama throughout the contest with the game in a scoreless tie at halftime. 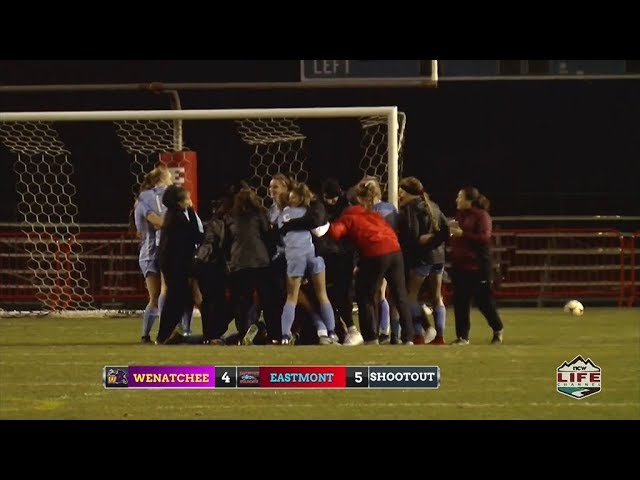 Eastmont will host a State playoff game next week against a yet-to-be-determined opponent. Wenatchee has one more shot to get to state Saturday when it will play the winner of today’s game between Davis and Moses Lake.

District 6 1-B volleyball is in Quincy