NCWLIFE Channel broadcast the 2020 Cashmere Valley Bank Royalty Selection Pageant LIVE on Saturday, February 8 from the Wenatchee High School Auditorium. The Top Ten Candidates were narrowed to three to represent the Apple Blossom Festival as a queen and two princesses. 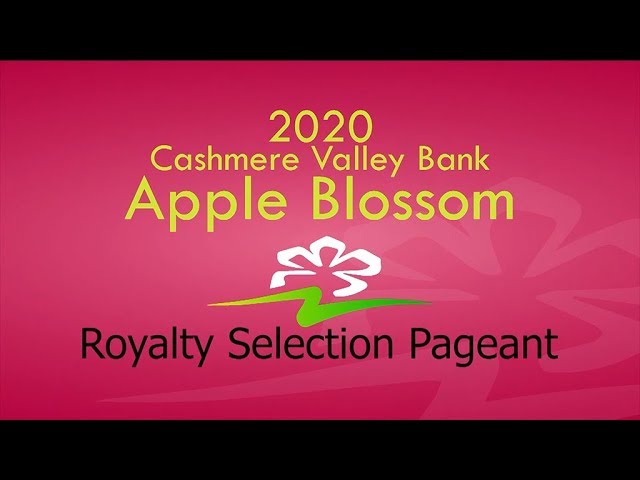 Prior to the coronation of the 2020 Royal Court, awards were announced in other categories. Most Photogenic Award went to Jessie Weber. The Congeniality Award was given to Haley Gilman. Kelly Norland won the Community Involvement Award. The Achievement Award was handed to Abby Wilt. The Original Speech winner was Chelsea Wickel.

The Lehman Johnson Award for 2020 went to Pat and Adele Haley. And Music Theatre of Wenatchee was announced as the 2020 Apple Blossom Grand Marshals for the Stemilt Growers Grand Parade.