In the first main event of the night, Ryker Ohler polished off his track season championship with a win in the Bandoleros. Canon Delong was second followed by Makenna Lutz.

The Tri-State Legends Cup was settled for the season at Wenatchee with Kalispell, Montana’s Brock Denney taking over the lead late and winning. Olympia’s Brandon Cole was second followed by Bellevue’s Rick McNiell.

The final class of the night was the featured Jerry Berschauer Memorial 111 for the Jerry’s Auto Supply Pro Late Models. To the highlights with Greg Rentz and Eric Granstrom on the call here on the NCWLIFE Channel… 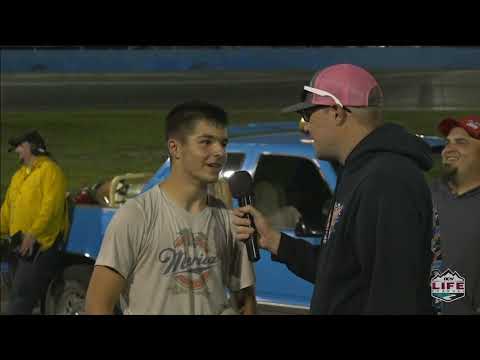 Russell Wilson threw four touchdown passes, two of which to Tyler Lockett as Seattle jumped out to a 21-10 halftime lead and never looked back. 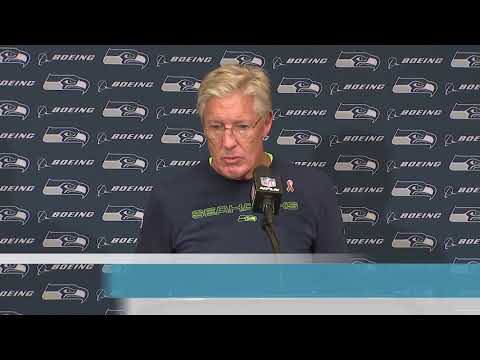 Seattle rolled up 381-yards of offense in the win and now returns home to host Tennessee Sunday at 1:25 on CBS.

Taking a look at the college football scoreboard from the weekend…

Eric Barrier threw for three touchdowns and the Eagles ran for four more as Eastern Washington demolished Central Washington 63-to-14.

Jayden de Laura threw for three touchdowns and ran for another as Washington State evened its record to 1-and-1 with a 44-24 win over Portland State.

Blake Corum rushed for 171-yards and three touchdowns and Hassan Haskins added another 155-yards on the ground for Michigan as the Wolverines beat Washington 31-10.

Staying with football, let’s get you the rundown on what happened on the high school gridiron Friday and Saturday…

Also on the Les Schwab Scoreboard from Saturday, Wenatchee got off to a late, but good start on the season by blanking Mount Baker 10-nothing. Davis topped Ellensburg while Eisenhower took care of East Valley.

To the Les Schwab Scoreboard on the Caribou Trail League, Cashmere came out with a big second half to beat Goldendale 28-25. King’s came into Peshastin and beat Cascade 49-12. Okanogan handed Chelan its first loss 42-20. And Ephrata won the battle of the basin over Quincy 33-nothing.

In B League play, Omak was a winner over Brewster. Waterville-Mansfield pounded Pateros. Liberty Bell got a win while Oroville stumbled at Reardan.

On the Les Schwab Prep Girls Soccer Scoreboard from Saturday…

There’s one volleyball match tonight, that was moved from last Thursday, as Wenatchee hosts Chelan at 7 o’clock.

The Diamondbacks had other plans, however, as the visitors took two of three from Seattle including Sunday’s 5-4 decision.

Taking a look at the Les Schwab Wild Card Race Scoreboard, Toronto has taken over the top Wild Card spot with a 22-7 shellacking of Baltimore. They’re in a virtual tie with Boston after the Red Sox fell to the White Sox 2-1. The Yankees are a game back after falling to the Mets last night 7-6. Seattle and Oakland are 3-games back as the Mariners host Boston for the first of three games tonight at 7:10.